Before you make the trip, here are some hidden wonders about the Toronto amusement park 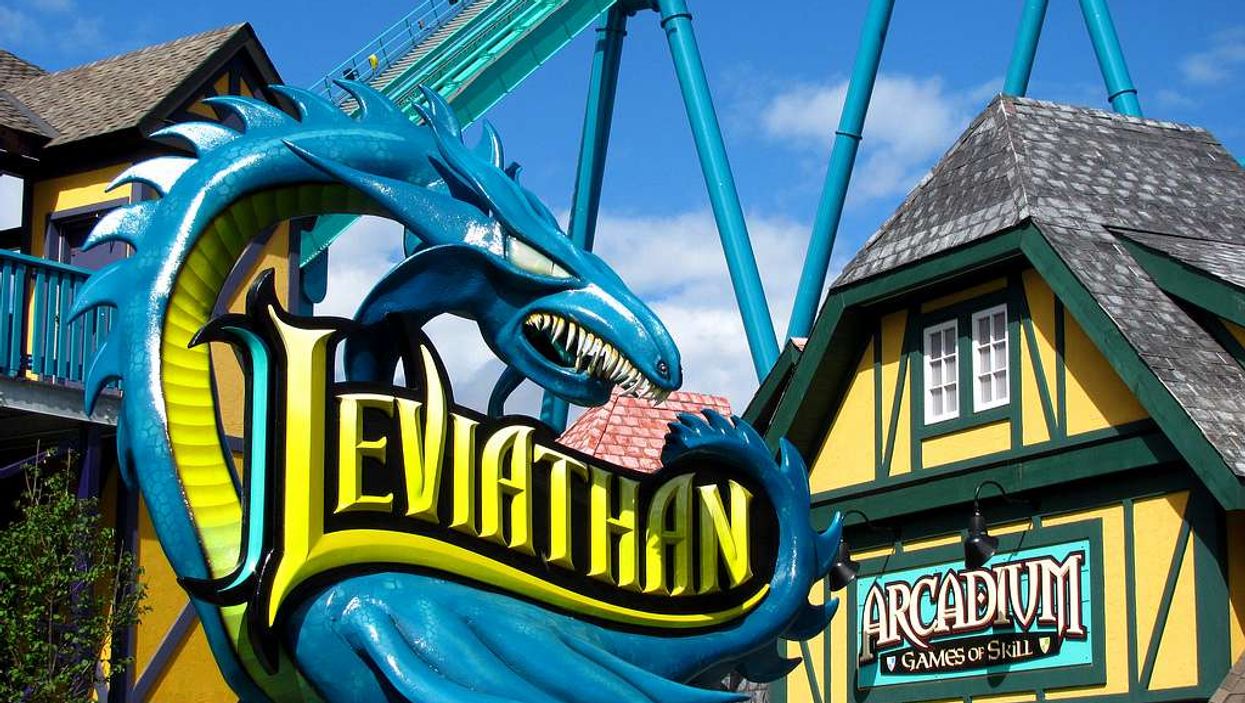 If you've lived in Toronto long enough, you've been to or at least know about Canada's Wonderland - the amusement park roughly 15 minutes north of the city. And while it's known they have over 200 rides and more, have you ever wondered what is hidden in this massive park? With assistance from the park's website and some research of our own, we've dug up some interesting facts you should know about for your next visit.

Canada's Wonderland sits on a 379-acre plot and only 300 acres are currently filled. It's a possibility but still could mean more rides and entertainment to fill those empty acres in future years!!!

The park officially opened on May 23, 1981 with parachutists and an appearance from NHL great Wayne Gretzky raising the Canadian flag but in its inaugural year as it can be heard in this commercial, there were only 30 rides and admission to the park was a whopping $10.95!!!

The pointy objects called beacons pictured above at the top of the park's Wonder Mountain were actually built to alert planes flying low in the area of the structure as Vaughan, the Toronto suburb the park is located in, used to have an airport just east of the Wonderland premises.

4. The Truth Behind the 'Leviathan' Roller Coaster

The Leviathan is the tallest and fastest roller coaster in Canada and the seventh-tallest and eighth-fastest in the world where riders drop at an 80 degree angle from a height of 306 feet and travel at a maximum speed of nearly 148 km/h. It opened during the 2012 Wonderland season.

The two amusement parks Toronto had were Sunnyside Amusement Park and Scarboro Beach Amusement Park which as far as the above photo showed gave Toronto residents excitement and fun until both were closed down by the 1950s to make way for the Gardiner Expressway and housing developments.

6. The Park's Consistency in Visitors Every Year

Wonderland is owned by the Cedar Fair Entertainment Company who also own famous U.S. theme parks such as Knott's Berry Farm in southern California but it's said among the 11 amusement parks they own, Wonderland has been the most visited year after year.

7. Their Latest Ride Is Their Most Technologically-Advanced Yet

In 2014, Wonderland created their first full 4-D ride within the park's Wonder Mountain feature called Wonder Mountain's Guardian that contains tons of 3-D effects all while you're riding in a mountain. Pretty much like this.

8.  The Amount of Water Splash Works Uses Is...

9. The Park Has The Highest Selling 'Pizza Pizza' Location

Yes no other Pizza Pizza location in Ontario, according to Canada's Wonderland sells more pizza slices than their park's location. What's crazy however, is this location is only open 130 days out of the year.

10. International Street Once Actually Lived Up to Its Name

The International Street area of the park now boasts different fast food franchise places like Starbucks or Mr. Sub but the area's four buildings once sold delicacies and goods from each of the respected areas of the world the buildings were named after such as Italian food in the Mediterranean Building or Danish candy from the Scandinavian Building. Times certainly have changed.

So rides, a water park, food, and overall summer fun. Get out of the city for a day and visit Wonderland.