10 Toronto Cocktail Bars That Could Be Your New BFF

Go Ahead: Pick your poison. 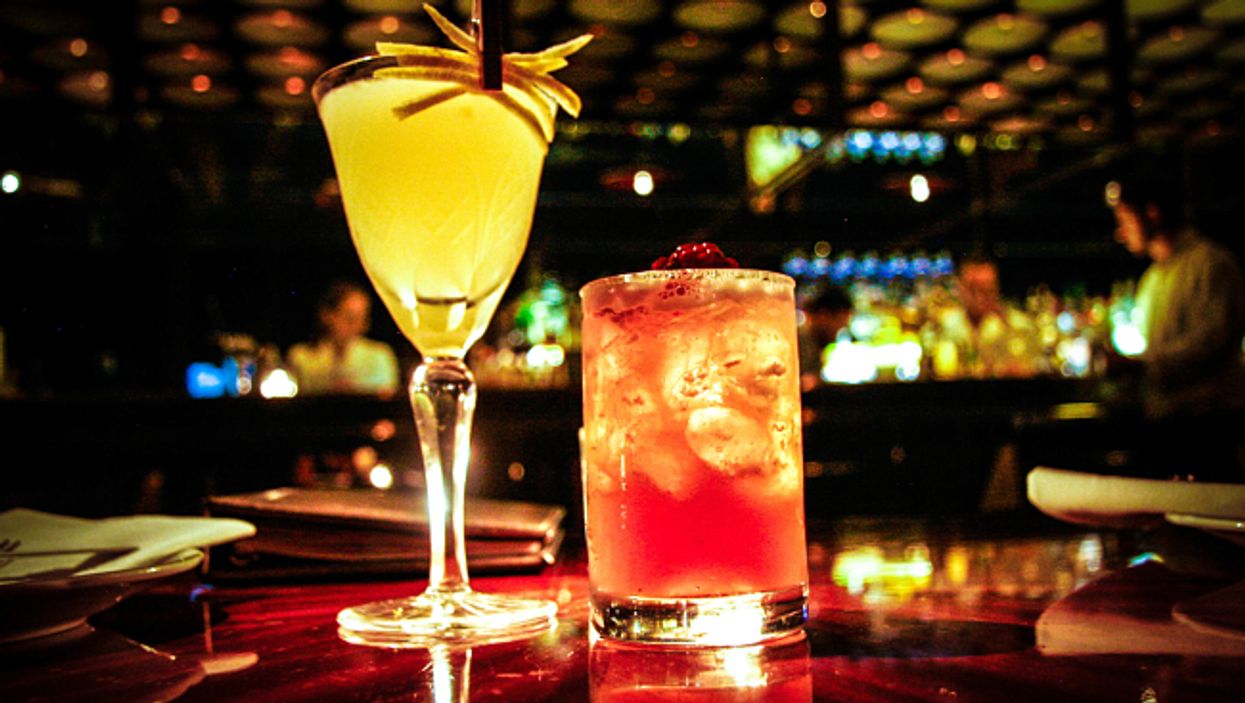 Photo cred - Pick Up The Fork

Shaken, stirred, or chilled on the rocks, cocktails have come a long way since the invention of the Old Fashioned in the 19th century. Bars have become a lot more prominent but they've held up their end of the bargain - showing respect for the art of mixing drinks while creating their own euphoric hybrids that put a twist on what's traditional. Like New York and New Orleans, Toronto's a nightlife-first city that isn't afraid to experiment and the proof is in the punch as these ten bars are known for their concoctions.

Tired of plain jane mixers? Bar Isabel is a Spanish-influenced resto that flaunts cocktails made with bacon-infused Buffalo Trace Bourbon, charred pineapple-infused 1800 Tequila, and even Vieux Pontarlier Absinthe. There's also the We Choose Yer Own Adventure ($15-$20) which takes Mad Libs to an adult level and lets the staff pick your poison for the day/night.

Developed by Nota Bene owners Yannick Bigourdan, David Lee, and Franco Prevedello, Carbon Bar is the laid-back kid on the block. Case in point: next to the BBQ and the indie rock is a smoke-friendly cocktail list that goes for broke with the Black Mamba Margarita, Smokin' Manhattan, and The Southern Waissail which is made of Havana Club 3-Year, Amaro Nonino, agave, and orange bitters.

Disclaimer: Cold Tea Bar is an addiction waiting to happen. The Kensington spot is tucked away in an urban mall and its backyard patio has made it a thing of a beauty. At least 50 per cent of your friends likely know about it - thanks to VICE - and the Asian-inspired cocktail menu isn't anything to scoff at either as it seems to be constantly evolving on a long-term scale.

The County's more famous for its tasty home cooking but its cocktail list shouldn't be ignored - especially if you prefer strength over sweet. Signatures such as Sunday Picnic and County Drive Inn rule the roost and the Queen West spot's Manhattan is a friendly stranger that uses Knob Creek Bourbon, Dolin Vermouth, and Carroll & Co. Cherry Masala Chai Bitters.

Remember D.W. Alexander? The upmarket cocktail bar used to be a forgotten memory because of the boom of TO-centric cultures, but it's still a leading innovator in slaying your taste buds. D.W.'s Classic Cocktails list is a trip and it'll take you a few nights out to get through their House Cocktails which include top picks The Dutchess, Hot Date, and the Old Fascist.

Parkdale's seafood and cocktail bar are one of the few locales that will curb your desire for oysters and liquers. It's also one of the few local go-tos for absinthe as their Lucid and Artez La Muse Vert drinks expose the old and new ways of the spirit. Need an adventure? Go after the Midnight In Paris which blends Lucid Absinthe with Yellow Chartreuse, cucumber, fresh lime, and sparkling wine.

The Lounge (The Drake Hotel)

From the Underground to the Sky Yard, The Drake Hotel has it all. Sure, it flirts with the trendy cliques of Toronto but there always seems to be an option for everyone and The Lounge is no different. Sandy De Almeida and co. go all the way in with flips, sours, bitters, and even booze-less varieties.

If The Drake is for the hip types, then Montauk is for the bar crowds. Dustin Keating's Dundas West saloon is currently rocking one of the city's best fall/winter cocktail lists and the proof is in the juice. Montauk have cut their fears loose as they've experimented with pumpkin spice vanilla bean syrup and kept their famed Tame Impala (tequila, ginger beer, chai tea syrup, lime) intact.

Loosely associated with the term "café bar", this Christie Pits hideaway has become a haven for get-togethers and casual meetings. Most of that can be attached to their cheese plate but it's hard not to give their drinks list the recognition it deserves. Northwood isn't afraid to go bold with cocktails such as Blood & Sand, Indian Summer, and White Lodge, and they're worth the price ($13-$14).

The Roncesvalles lounge-meets-gastropub just celebrated its one-year anniversary and there's no doubt there will be more! The Roncy tags reasonable prices to classic drinks (Old Fashioned, Side Car, Mojito) and their "newage" concoctions razz up new twists with Red Stag Cherry Brandy, Alberta Premium Rye, tequila, and raspberry vodka.

Looking for more? Click here for 11 Worst Places To Take A First Date In Toronto