Those dog owners that make you question everything about society. 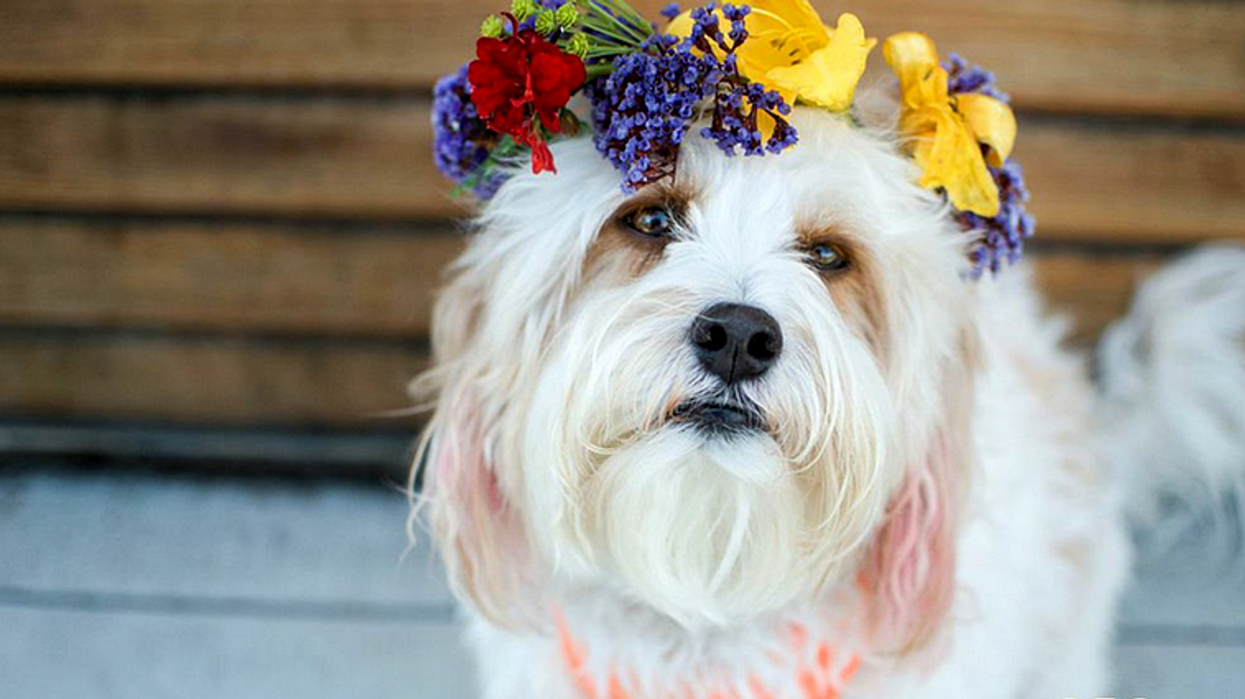 If you've ever sat in a Toronto park and really watched people and their dogs pass by, you'll most likely see some interesting combinations. Especially in a condo-filled city like Toronto, you will see people with large dogs and wonder, "How is that dog surviving in your tiny apartment?" People are obsessed with their dogs in. We have dog friendly restaurants, dog sitters, doggy hotels, even dog fitness centres and spas. So it's not a surprise that many Torontonians will spend some extra dough to make sure their lil pooch has everything they want. Here's a list of a few dog owner stereotypes we've noticed throughout the city.

This person has got dog walking under control. They have at least five dogs in one hand, all walking in-sync. Don't mess with the Professional, they have a firm grip and know how to control a leash.

A jacked dude walking with an even more jacked dog to match his swag. He's usually strolling around City Place with a Cane Corso, Mastiff or Pitbull. The Bro really doesn't care that much about his dog, he's more interested in when a cute girl takes the time out to pet it.

Those dogs you see tied up outside patios or shops on Queen St, they are usually owned by the Abandoner. This person thinks walking their dog consists of them shopping here, eating there, drinking over there while their dog is roasting in the summer heat all alone. Not nice!

You can usually find the Hippie and their dog sitting under a tree in Trinity Bellwoods. He/She is playing their guitar, their dog is sporting some sort of bandana or flower crown/collar on, and they're usually selling dream catchers or a string of beads.

Dog and their owner look exactly alike. They both share the same hair colour, hair style, hair texture, facial expressions, body shape, and might even wear the same nail polish if you look close enough. The twinsies aren't cute, they're straight up scary!

The Yogi does not have to only be a person who practices yoga. The Yogi is usually a super lean health nut who only walks their dog while wearing workout clothes. They are usually jogging with their dog and always bring an extra bottle of water for it. They also tend to brag how they love to make their own dog food out of lean meat and organic veggies. "My dog and I are on the Paleo diet."

This person is always on their phone. They're obsessed with Instagram. They're always scrolling while walking their dog or in the park. They pay no attention to their dog, only when they want to Instagram a new photo of it. This person is so glued to their phone they had no idea their dog was making new friends in the park, pooped in the middle of the sidewalk and got some treats from a total stranger.

I've seen the Dragger way too many times. The Dragger is new to the whole dog thing, or just fed up with their stubborn dog. Either they have a new puppy and think they can walk on a leash already, or they can't seem to bother to wait around for their dog to stop sniffing. Clearly your dog doesn't want to walk with you, so stop dragging them along the sidewalk!

Are you a single dog parent looking for love in all the wrong places?

Ontario Doggos, a dog-orientated community and Black Lab Brewing, a local Toronto brewery, are teaming up to create a night out for single dog parents over the age of 22 to mix and mingle with their pets.