10 Types Of Toronto Relationships Every Girl Will Have

Been there, done that. 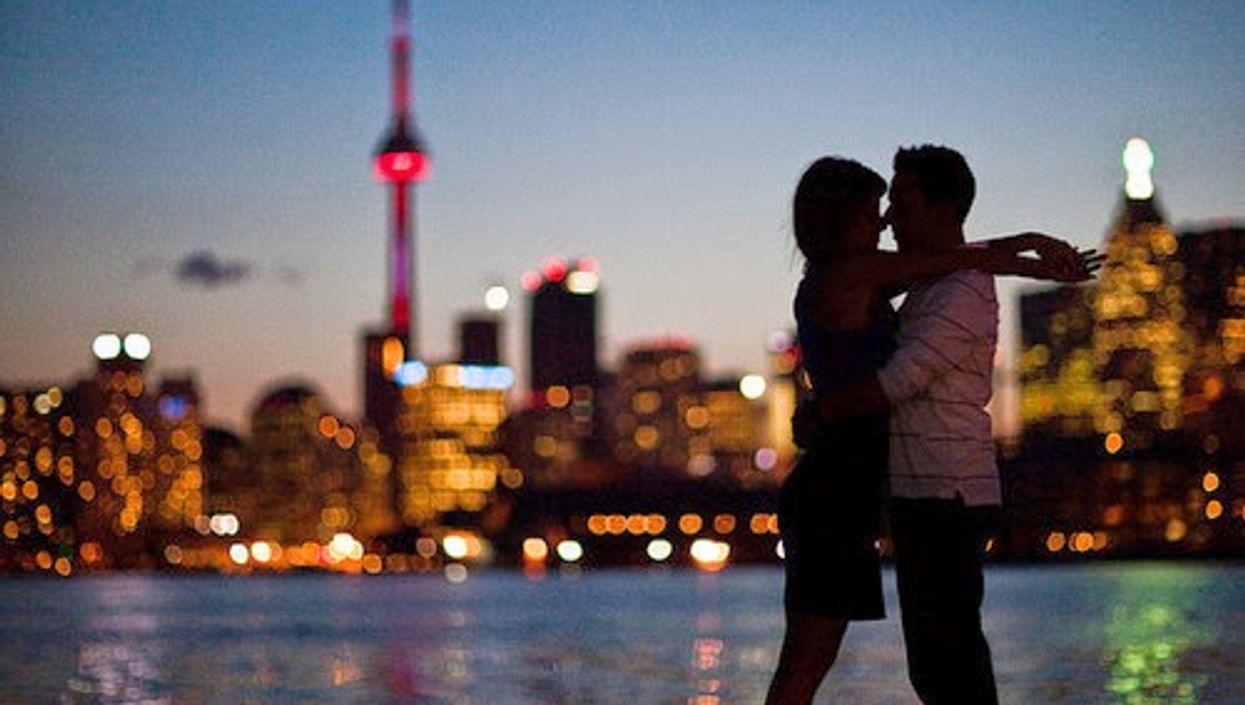 As cheesy as the saying is, there are literally plenty of fish in the sea—especially when you live in a city like Toronto, and one thing you quickly learn is that no one fish is the same. As females living in the city, we’ve probably all experienced one of the below relationships at some point in our life, and if you haven’t yet, prepare yourself, because these are the 10 Toronto relationships you’re guaranteed to have.

1) The one that lives in the GTA

Meet Mr. GTA. Mr. GTA loves spending his weekends checking out the newest bars like The Addisons in Toronto with his bros. They Uber into the city for a night out on the town, and Uber home at 2am to their suburban neighbourhood. Mr. GTA likes to tell girls that he's from Toronto, but it's always a surprise when they go home with him at the end of the night to find themselves in Mississauga. That's the GTA bro.

2) The one that judges you based on your neighbourhood

Meet It's All About Me. It's All About Me has lived in the West-End for the last 5 years he's been in Toronto. He loves King Street pubs, overpriced grocery stores, and bringing his pooch to all the dog festivals in Liberty Village. Live in the East-End? It's All About Me is over you before things even started. There's no way you can get this guy traveling to the "other side" of the city for a date.

Meet the workaholic. Workaholic wakes up, puts his perfectly pressed Brooks Brothers suit and heads into work on Bay Street bright and early. He will work on average of 12 hour day, because even after working for several years at an investment firm, he still feels like he needs to prove himself to someone (or maybe just to himself). Workaholic likes to spend his evenings going home to his bachelor pad that overlooks the Rogers Centre and roll around in all his dolla dolla bills alone. Life isn't lonely if you have money right?

4) The one with 8 jobs trying to make ends meet

Meet Jobs on Jobs. Jobs on Jobs spends his mornings making fancy soy lattes and serving croissants at Balzacs before he jets off to wait tables at Ear'ls for the afternoon rush. His evenings are spent serving water-downed drinks to students at Gracie's until the early morning hours, and on the side, he is a freelance photographer. Jobs on Jobs likes to think he has time for a girl in his life, but finding time to shower is hard enough. A guys gotta do what a guys gotta do to afford living in the city right, but what's the point if you're not really living?

Meet Drunk Dialer. Drunk Dialer loves being single, but at night, usually after the bar at 3am, he starts to get lonely.Can you say Hotline Bling? Drunk Dialer keeps a roster of ladies on speed dial in hopes he can get a lady friend to TTC over to him in his man cave. At this point his concern is to not end the night alone, so he really doesn't care if his booty call gets shanked on the subway commuting at abnormal hours.

Meet Too-Cool. Too-Cool's typical day consists of all things artsy. He spends his mornings doing freelance graphic design in a coffee shop off Ossignton that has no name, and spends his afternoon at band practice in the attic of his friends house on Ossington. At night you'll find him at Baby Huey before he crashes at his apartment off Ossington. Too-Cool doesn't quite believe it'll work with anyone who isn't as obsessed with life on Ossington as him, or who doesn't shop at vintage stores only.

Meet the Cidiot (yes, you guessed it: city idiot). The Cidiot was born and raised in Toronto, by his two successful lawyer parents who he continues to live off of to this day. At 27 he still crashes in his parents basement and enjoys his Mom's home cooking. His Mom even cooks him and his lady friends breakfast in bed most weekend mornings! How much better can it get, right?

Meet Out-of-Towner. Out-of-Towner is in the city celebrating his buddy's Bachelor Party. Axe throwing, Rock n' Horse, and a Jays game later, Out-of-Towner is heading back to reality in Utah, where he failed to tell you he was from. Much to your surprise when you logged onto Tinder the morning after, you suddenly realize he is now 7000km away.

Meet Bro. Bro wakes up before the sun to go for a 25km jog by the Lakeshore, which he tracks and posts through his Nike app on Facebook. (I mean, if you don't post it, did it happen?) Bro then heads to work at GNC, and with a quick lunch lifting weights and an evening visit to GoodLife for a shirtless mirror, progress selfie, Bro hits the hay hard after he has his evening protein shake. Bro has trouble keeping around any girls, because his only interests and passions are the gym, the gym, protein powder, and the gym.

10) The guy who just doesn't get Toronto