11 Awkward Moments You've Definitely Had On The TTC 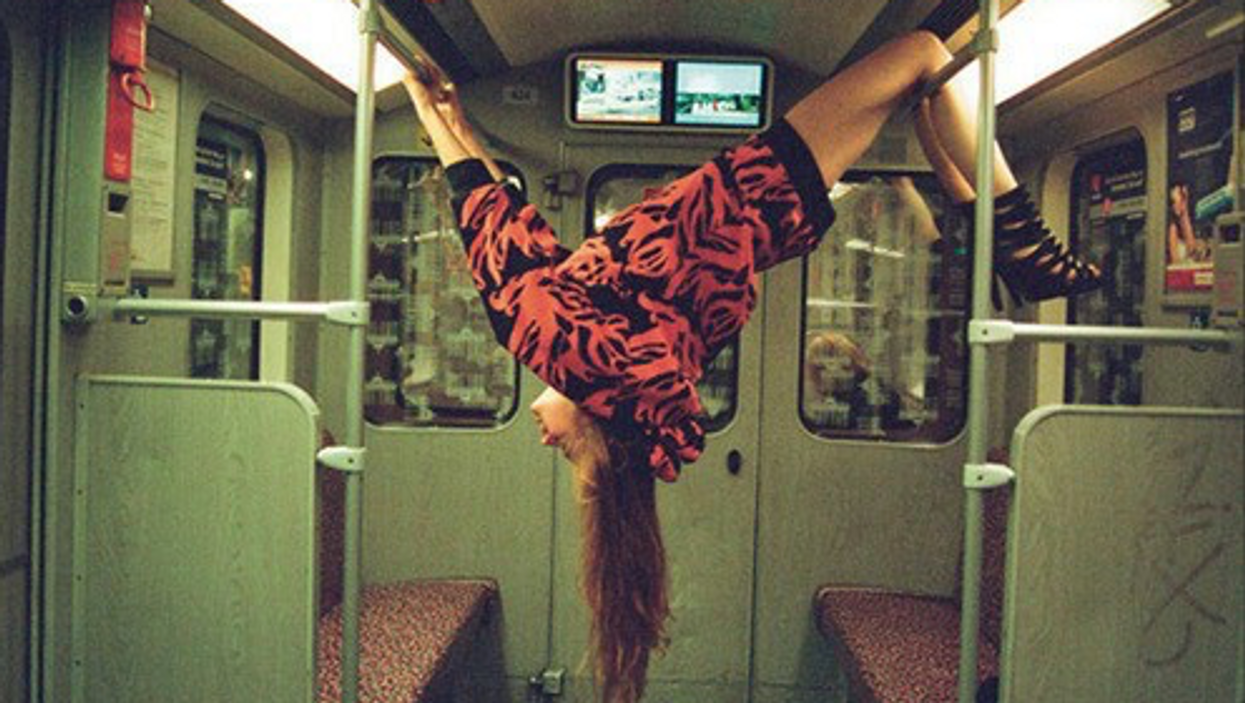 For many Torontonians, the TTC is the absolute bane of our existence. From constant delays, construction, sweaty commutes, and strange encounters, it is both a blessing and a curse. This list is in honour of all our most awkward transit encounters.

1. Falling over while standing

Quite possibly everyone's biggest fear on the TTC. It's rush hour, the bus is weaving in and out of traffic and there are 50 tired, frustrated Torontonians crammed inside like cattle on their way to the slaughterhouse. The bus takes a particularly sharp turn, and you, losing your balance, arms flailing, grab on for dear life to the nearest sturdy object. Except it's not sturdy at all, it's some random ladies left boob. Happy Thursday!

Us Torontonians can be a little antisocial at heart. It's not so much that I don't want you to sit beside me on the bus, it's just that I don't want to hear you, smell you, or have you in a 10-foot radius of me. *puts earphones in*

A classic TTC pastime. Awkward eye contact with strangers. Maybe it's sexual tension, maybe it's slightly threatening, who knows? But what fun! "Me and that old man over there have been locking eyes since Eglinton West... should I ask him for his number?"

It's a sweaty July afternoon. You're sitting on the subway after an 8-hour shift, it's rush hour, the subway is packed, your feet ache, your head hurts, you're exhausted, and some old lady stumbles onto the subway, hanging on for dear life. Wyd?

Everyone has been guilty of this at one time or another. Your friends are rushing you to the bus stop, you whine about how you don't have enough fare. BUT, you do have 12 nickels, 2 dimes and a quarter in your back pocket. Slyly with much confidence, you march up the bus stairs and nonchalantly drop the crack change in as if you were a proud upstanding citizen paying their fair share. "Please god don't let him notice".

6. Trying not to pay at all

Once again, everyone has attempted or at least thought of just walking on through the back doors of the streetcar leaving the driver none the wiser. "Blend in with the crowd, no one will notice!" But what about the humiliation? The embarrassment at being caught? The guilt?! What would your mother think of you?

There is nothing worse/more entertaining than watching personal drama unfold within the confines of a subway car. Fascinating stuff, if you pay attention closely it can become your own personal soap opera for the duration of your commute. "So this 'Jessica' girl is just a work associate? Then why do you have topless pictures of her on your phone?! YOU DOUCHEBAG I TRUSTED YOU." Tsssss. "Arriving at Osgoode, Osgoode Station."

8. Sitting near someone who talks to themselves

There are some strange characters that frequent Toronto's public transit. People of all walks of life good or bad make their way through the turnstiles of the TTC daily. Unfortunately for us, there are a few that we manage to cross paths with that are just a little too weird to ignore. Usually consisting of some angry rant directed at the floor, the window, or you if you're lucky enough, these crazy people on the TTC seem to be in a world of their own. That is until they're screaming obscenities and throwing pennies at you.

9. Getting stuck beside someone who doesn't know how to shower

The eternal public transit struggle. Try as they might deodorant companies are missing a key demographic, public transit users. On a particularly cramped bus, the stench can be overwhelming, positively vomit-inducing. PSA: Take a show before you use the TTC! Sincerely, concerned citizens.

10. Trying to not use the Spadina walkway as your own personal catwalk

It's difficult. The inner supermodel within us is always trying to escape, and the Spadina Walkway to the University line is particularly alluring as it is prime real estate to strut to your favorite jams. "OH god, Work Bitch just came on, it's happening, I'm strutting...Oh god, people are staring."

11. Attempting to smuggle booze onto the bus

Every University student knows the struggle. You have a gigantic 26' of Smirnoff precariously hidden in the breast of your coat as if you casually have an enormous tumour that no one seems to notice. Next, you attempt to take discrete shots while your fellow passengers give you the dirtiest of looks. "Don't judge me, if you were in my shoes, you'd do the same."