11 Costumes A Toronto Fvckboy Will Wear This Halloween

There is nothing more frightening than a fuckboy. 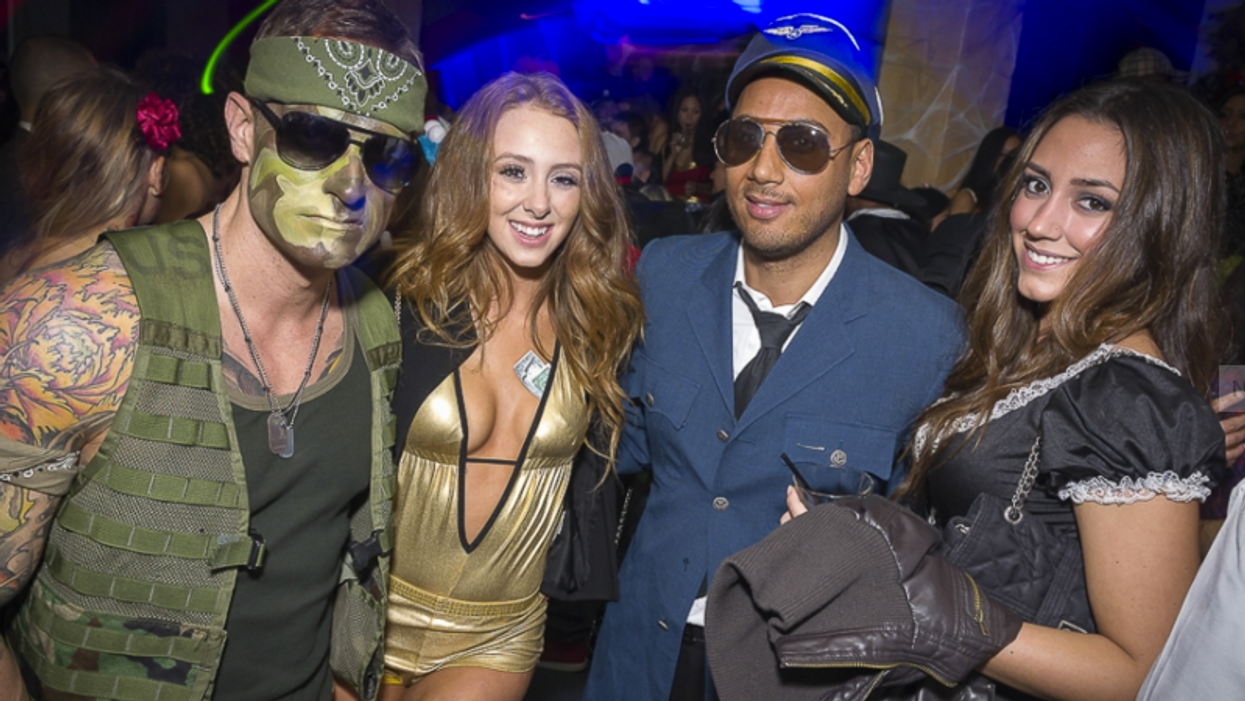 It has become pretty obvious that fuckboys reside all over the world but unfortunately, we have a fairly large amount of them in Toronto. It is safe to say that every girl and guy in Toronto knows at least one fuckboy, whether they had previously dated one or is ONE.

Since the word fuckboy became the best new way to describe the worst kind of guy. Most of you ladies are already carrying around fuckboy repellent! Halloween is fast approaching and all of you ladies should be aware of what most of them will decide to dress up as this year. Ladies be cautious navigating through the streets of Toronto this halloween. Most of you girls will be wearing next to nothing for your costumes and the last thing any of you need is to have to subject yourselves to talking to yet another fuckboy. Spray that fuckboy repellent everywhere!

As most of you know, Netflix & Chill has become a very popular way of sealing the deal in the dating world. Well, as you can expect this will be a very popular costume this hallow's eve. Be prepared for Torontonian fuckboys to approach you this weekend potentially wearing a bright red shirt reading 'Netflix' and a bag of ice. It's unfortunate that fuckboys don't already know that real woman won't knowingly sit in a dark room and watch anything, let alone 'chill'.

For the last few years, our former Mayor Rob Ford, has been one of the more highly adored go to costumes for halloween. Well, ladies don't be surprised if the fuckboys of Toronto are going around in a Rob Ford mask offering you some crack cocaine.

Former Premier Stephen Harper is DEFINITELY a fuckboy. Since he recently got thrown off his high horse, this costume will be resonating deep within our Toronto fuckboys. Don't be fooled by his fairly decent vocabulary, he doesn't know what he's talking about.

Donald Trump is always in the media for saying something extremely sexist and racist. Known for his fluffy hair many fuckboys will find this costume very appealing this halloween. Ladies remember just because he is dressed like Donald Trump, it does NOT mean he is rich.

A very popular celebrity fuckboy is hands down Charlie Sheen. When a fuckboy is lacking on their creativity this year, they will definitely resort to some sort of Charlie Sheen costume.

Anything Meek Mill this halloween will leave fuckboys jumping for joy! Just note that he probably won't even be able to form a full sentence.

This costume must have caught this fuckboys eye because he in fact is a cheater himself. He also probably IS married, so be cautious.

A great deal of people were very upset with the death of Africas protected lion Cecil. Complete with a Cecil head, most fuckboys will not realize that it is not funny and however, extremely gross and unnecessary.

Fuckboys rocking ANY colour face besides their own is not only racist but yet again... A FUCKBOY.

Fuckboys love dressing up as Drake. However, this year do not be surprised if they skip the Drake costume all together and go straight to dressing up like a cell phone or 1-800-hotline bling. Although you ladies won't be reading it like that. More like 1-800-FUCKBOY.

When the laziest of fuckboys leave their ridiculous costumes to the last minute they will go out in their everyday wear. Don't be surprised when you ask them 'what they are,' that their response is 'myself'. IE. 'I've decided to dress like a fuckboy'.