Just in time for cuffing season! 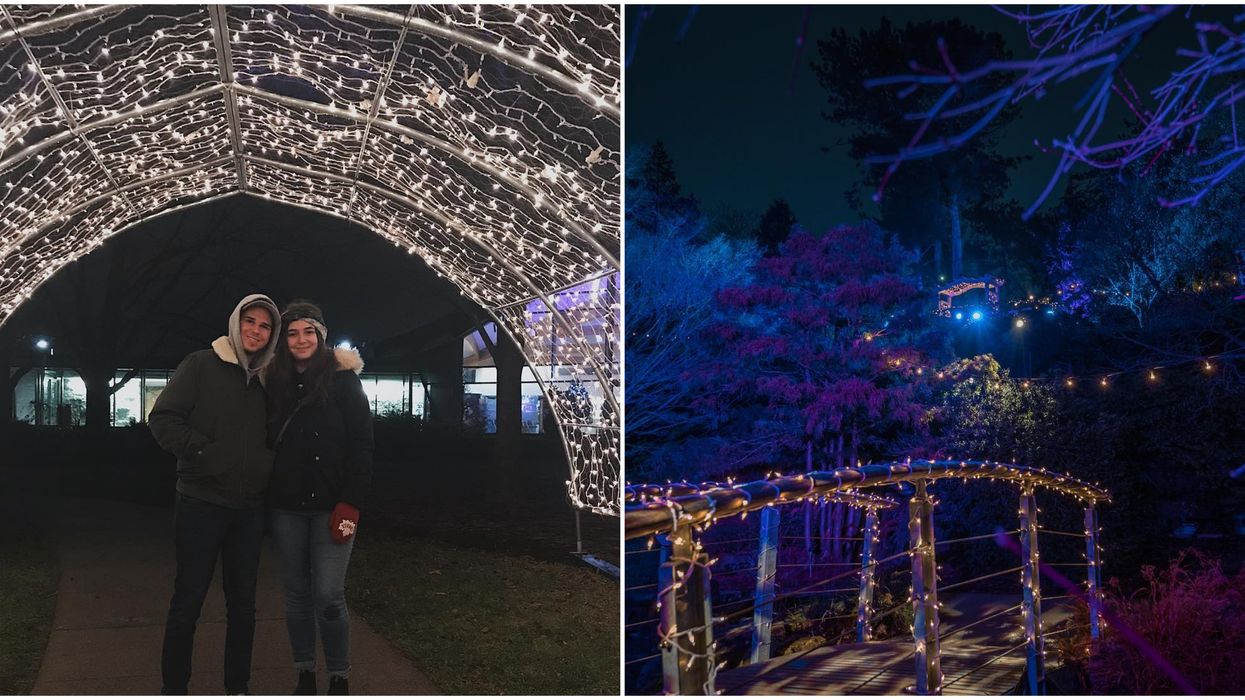 I’m in the hospitality industry, so when people ask for recommendations about where to visit in Southern Ontario - Hamilton is always the first place I mention. To the locals I work with in Toronto, this is often followed by shock, because Hamilton isn’t exactly a hot spot worth mentioning to foreigners.

Except, that it totally f*cking is. With a restaurant scene that’s good enough to overthrow the capital and a beautiful landscape that’s filled with stunning hikes and parks, the Hammer is a magical place to be - especially in the winter time. Between Christmas-centered performances at Theatre Ancaster and a chance to visit a decorative tree in the city’s main square, we’ve compiled a bullet-proof list (that is both naughty and nice) of epic Hamilton dates to take your significant other on during the holidays.

READ MORE: 11 Places To Take A Date That Has A Sweet Tooth In Hamilton

Check Out The Winter Lights At The Rock While we technically share the Royal Botanical Gardens with Burlington, it’s the beautiful rock garden that’s located in Hamilton - and is honestly one of the most picturesque venues during the holiday season. For every weekend until December 30, you have the chance to take your date on a stroll through 500 metres of stunningly-lit slopes and paths that surround the garden. This place is so pretty that it’s usually the only time during the winter where I’m not complaining about the temperature.

Grab Some Coffee From SYNONYM A new yet bustling coffee shop that has already taken the city by storm, SYNONYM will be the perfect place to snuggle up with your date and drink some of their delicious espressos this holiday season.

Take Some Pictures At Webster Falls Sure, you may not be able to check out the flowing water of Webster Falls whilst surrounded by perfect nature and temperature, but we’re Canadian. Adapting to beautiful things during the cold is in our DNA!

Visit The Art Gallery Of Hamilton I often neglect the Art Gallery of Hamilton, so I think I’ll just wait until another single someone reads this article and decides to take me there. We are in the midst of cuffing season after all!

Catch A Show At The Zoetic Theatre

The Zoetic Theatre is honestly one of the coolest performance venues in the city. From hosting Mamma Mia singalongs to previewing annual screenings of The Rocky Horror Picture Show during Halloween, taking your date to a festive show at the Zoetic is definitely something that will get you a second.

Take A Stroll Around Gage Park Unfortunately, the CP Holiday Train has already left for the season, but the simplicity that remains in Hamilton’s Gage Park is a perfect background for a date.

Visit The Waterfront Festival Of Lights Yet another wintertime success at the lovely Hamilton Waterfront, the Waterfront Festival of Lights is a seasonal event that showcases some of the prettiest lights in one of the prettiest places in the city. (I mean seriously, this place needs to be on both your summer and winter bucket lists). I honestly grew up doing this. Every winter, my dad would take my sister and me to Chedoke and we would indulge in a day filled with sledding and occasionally fall off the toboggan. My only complaint? Bringing it back up the slopes when I was done. Those hills were pretty big to a six-year-old. With an admission that includes four sparkling wines, holiday appetizers and a decorative recipe card, this Toast Wine Bar event will have you singing Mariah Carey's "All I Want For Christmas Is You" throughout all of cuffing season.

Check Out The Christmas Tree At City Hall The Christmas Tree in Hamilton’s City Hall is one of those things where you really have to take a few minutes to appreciate it. Being near the infamous “Hamilton” sign (yeah, that’s right Toronto - we’ve got one, too!) you feel a sense of pride as a local when you see it. So who knows, maybe once bringing your date here, that person will appreciate you more, too!

While there are multiple indoor ice skating venues across the city, the outdoor rink at the Hamilton Waterfront has one of the best views in the city (I’m talking about your bae, of course!!)