13 Struggles Only Humber Students Will Understand 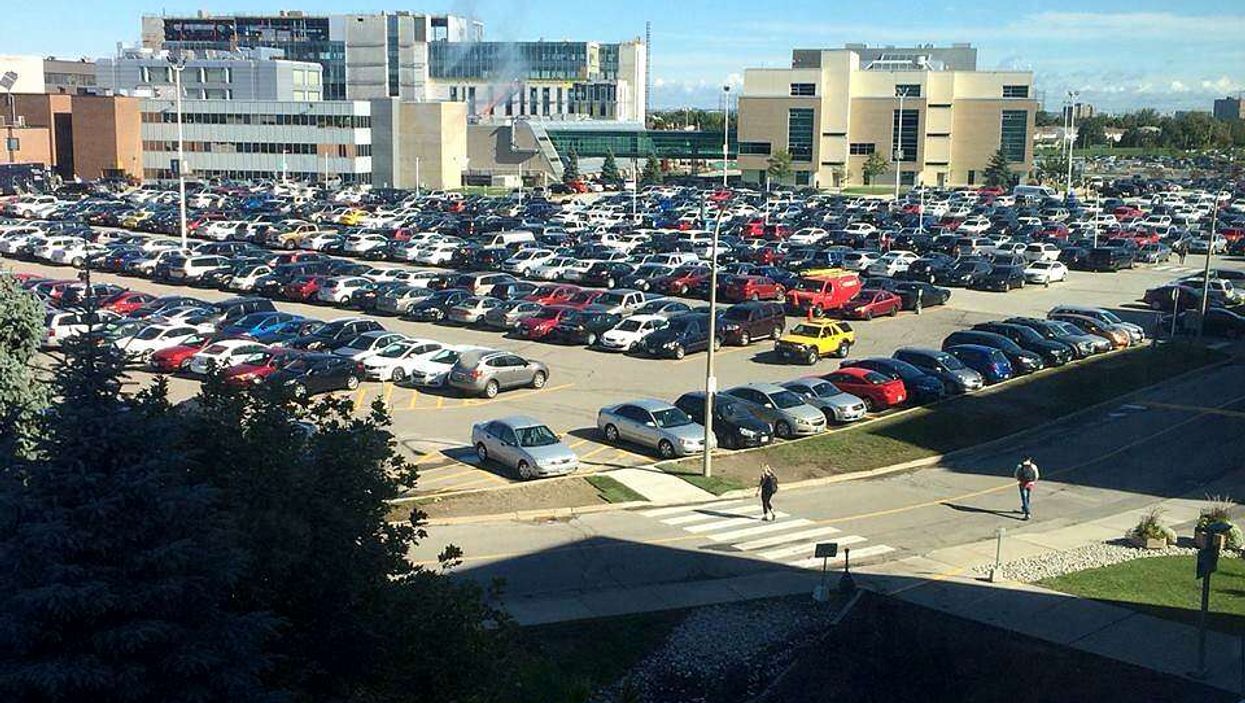 It's almost that time again and what better way to mentally prepare yourself for another exciting year at Humber, than a quick refresher of what the student body will have to endure, yet again?

2. We have the slowest walkers in all the land.

No matter how much you huff and puff and write subliminal messages via Spotted At Humber, these poor excuse for humans still continue to not only walk their absolute slowest, but stop right in the middle of the hallway and look around. Now not only are you late, but you're pissed off, too.

There's an old legend that says the flu, Ebola and the Plague all originated on the 191 bus. There's also a rumour that says if you try your very best, you can fit the entire student body on the one bus. And while that rumour isn't true, still, everyday a large portion of Humber Hawks give it a try, and it makes for the most uncomfortable ride to Kipling station of your life.

Oh, did you finally get the hang of Humber's new software update? Awesome! You probably won't need that knowledge for next semester. Every year they change something and every year, registration is somehow worse. But hey, at least we have a Starbucks now.

Do you remember that time we had a memorable frosh with that amazing special guest? We don't.

6. Eating lunch is way too complicated – regardless of whether you bought it or brought it

Like any post-secondary school, the food is overpriced and mediocre at best. But at Humber, you know better than to ask for just a couple of extra shreds of cheese on your burrito without getting the ugliest glare of your life. Or, if you're one of the people who packs a lunch, pray to god you didn't forget a utensil at home, or be prepared to shell out some cash for a plastic one. Paying 25 cents for a fork is robbery, but don't test the lunch ladies – they will find you, and they will get that quarter.

Ah yes, the root of every Humber student's anger lies somewhere within the line at Tim Horton's. Whether it be the regular line or the "express" line, the wait will be the same and you will leave with exactly everything you did not order.

There's a theory that flu season originated in one of the computer labs at Humber. From watching countless people sneeze directly onto the keyboards, to running into that girl in the washroom who didn't wash her hands (while making eye contact with you), seated at the computer next to you. The second you step foot into that lab, you've accepted the fact that you'll probably be bedridden by the end of the week.

10. Those people only at the gym to play basketball or to watch themselves squat in the mirror.

If they even go to Humber, because it's truly a 50/50 chance, they're probably only there for "ball runs" or to take progress pics of their newfound curves.

After finally getting the password for the WiFi, and maintaining a stable connection, you'll find yourself questioning if checking your Instagram was even worth it.

Do you have a question about registration or payments or just anything really? Great. We all do, and we probably have since first year. But you stay on hold, someone will get to you.

13. That guy you met either at the gym or in the cafeteria...who doesn't even go here.

You've seen him on more than one occasion, you figured he was about your age, but you've only ever seen him in the cafeteria or by the gym. At first glance, you thought, "hm, maybe he has a really flexible timetable," but come 5:30, he's right where you first found him.