It's not weird, it's Canadian! 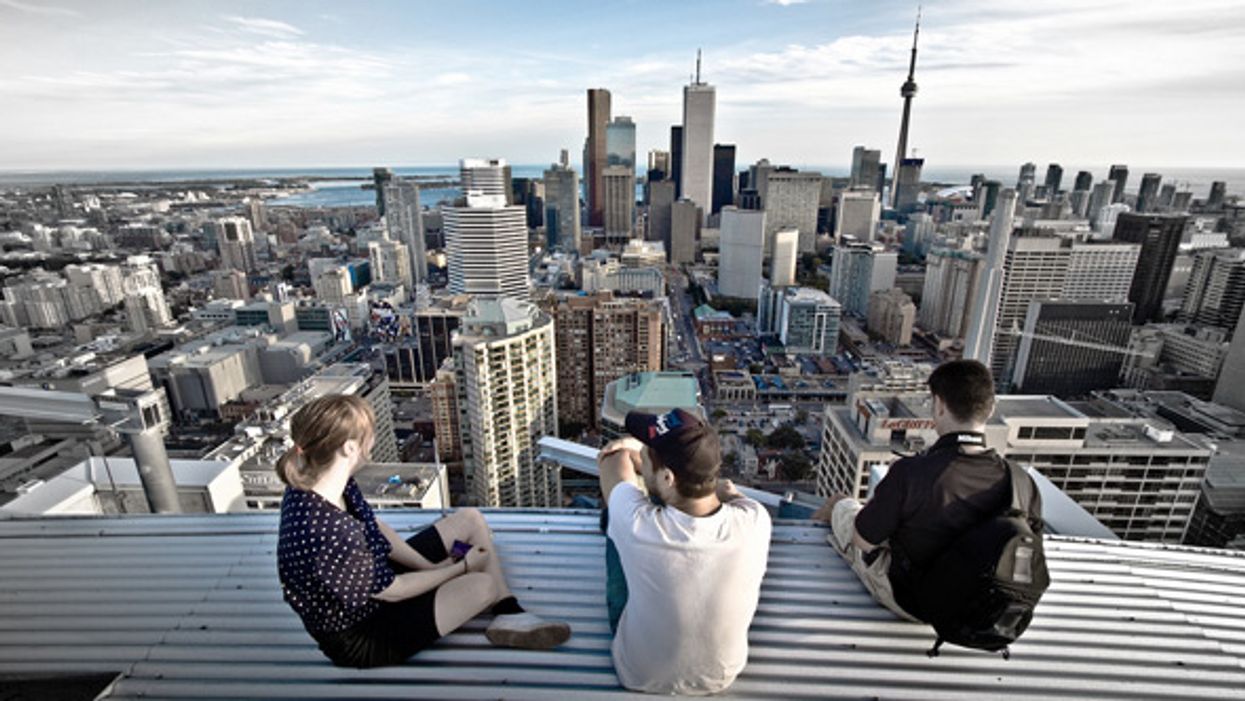 To an outsider’s eye, Canada could be perceived as a magical place filled with all sorts of whimsical creatures and peculiar items. But to us Torontonians, such things are nothing more than ordinary artifacts of daily Canadian life. Often times, tourists visiting our city (and non-Canadians in general) freak out about some of the commodities that we have, and we’re left with the somewhat challenging task of explaining that it’s really not that big of a deal.

Here are 11 things Torontonians often need to explain to tourists:

Yes, we sell milk in plastic bags in Toronto (which means we also sell special ‘holders’ to case them in). The simple explanation for this is that it costs less to package milk in bags than in jugs. Part of growing up Torontonian, therefore, involves developing the proper technique for cutting a perfect triangular cut – not too big and not too small. Milk in plastic bags is honestly not that weird. You know, in some countries, street vendors sell Coca-Cola in plastic bags.

“Sorry, I can’t drive you without the supervision of a licensed driver.” In 1994, graduated licensing was introduced for new drivers in Ontario. It was the government’s way of trying to improve road safety, and it worked - between 2006 and 2010, fatality rates for young drivers dropped 58% in comparison to the five years before graduated licensing was enforced. We may not have the luxury of being fully licensed at 16 years old, but the system does save lives.

3. What’s the deal with Drake

Apparently to some foreigners, all Torontonians love Drake; but this isn’t really the case. It may be difficult for some people to imagine that not everyone in Toronto is obsessed with the 6ix God. Sure, the majority is probably onboard the train; but not everyone. You either love him or hate him.

Some non-Canadians are bewildered by our relationship with raccoons. We Torontonians have a longstanding war with raccoons, relentlessly trying to keep their crittery claws off of our green bins. Yet, just a few months ago we memorialized a dead raccoon on the street. So then, are we friends or foes? The plainest answer would be that if Torontonians set an online relationship status with raccoons, they’d select “It’s Complicated”.

Canadians are known for having a wicked potato chip game. Ketchup chips, in particular, always receive a lot of attention from foreigners. It’s a really big deal for some of them. In fact, some Americans who are just south of the border will take the short drive up just to get their hands on some. Yet, the ketchup flavour itself is so common in Toronto. I mean, we even put it on our popcorn. It’s a blessing that we often overlook.

It’s second nature for Canadians to add the interjection ‘eh’ to the end of their sentences. Non-Canadians often wonder if it actually bears any significance. Technically, it’s another way to say “huh”, or to evoke agreement. But really, we just throw it around without any mindful intentions for it.

Americans have the FBI. Canadians have the Mounties. Oddly enough, the Mounties don’t serve Ontario, but most non-Canadians affiliate them with us Torontonians anyway. They may seem “cartoonish”, but they’re still legit. Sure, they don’t dress up in sleek black suits or get featured in TV shows and Hollywood movies. But they ride horses okay. They've got that Django swag.

Canadian English is a little bit strange in that it is essentially American English with random reflections of our British origin. Apart from the random “double-L’s” and saying “zed” instead of “zee”, Canadians also like to add an extra “U” after the “O” in words like “colour” or “behaviour”.

A lot of non-Canadians say our bills look like play money, and they kind of have a point. Money is typically associated with green, yet Canadians use bright colours, from reds to blues, for different bills. Plus, they’re all made of a special type of plastic. This makes our bills waterproof and rip-resistant, but also prone to melting. Just don’t forget to check your pockets before you load your laundry into the dryer.

We have this thing in Canada where we take maple syrup, pour strips of it onto snow and roll them onto sticks to eat as a kind of frozen lollipop. This tradition actually started in East Ontario, New Brunswick and Quebec. Usually, you buy these treats from special vendors, but I wouldn’t be surprised if you see some Torontonians try this out in their own backyards in the winter…

11. FSL (French as a second language)

What Spanish is to the US, French is to Canada. There are some non-Canadians that seem to expect all Torontonians to be able to speak decent French since it is Canada’s official second language, but most Torontonians stopped learning French after the 9th grade.

What are some other things you have had to explain to a non-Canadian?