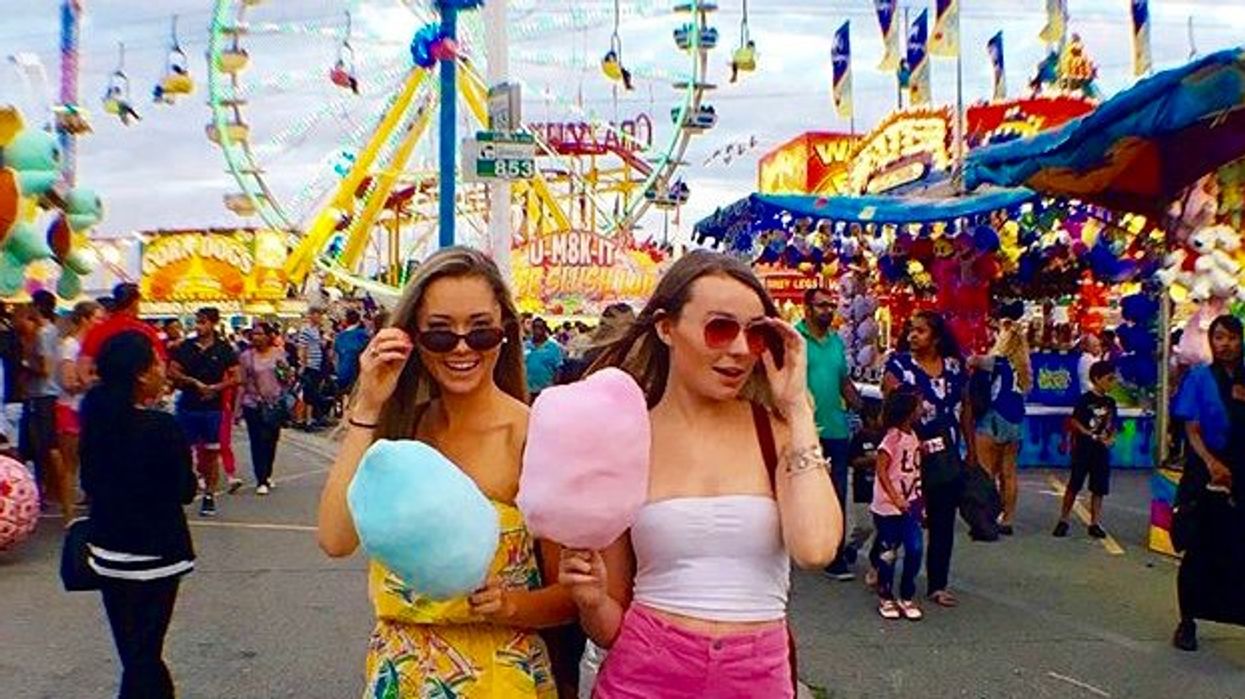 There's plenty to do and see and eat at this years Exhibition, you're probably going to have to make more then one trip. If you're looking for the highlights of this years CNE, try to complete this bucket list of things you can't miss at the Ex!

What Are You Looking For?

This stacked dessert does not play around. A brownie stacked with a scoop of cheesecake, followed by a sugar cone dipped in white chocolate, followed by a confetti doughnut, followed by cotton candy and finally topped off with powdered sugar. You deserve this.

If you love cheese, Doritos and greasy goodness, this is the snack for you. Farm to Fryer is bringing deep fried marble cheesed dusted with Doritos. Like a mozza stick but 10x better.

This is certainly a unique one. This cheesesteak is covered in provolone cheese and then topped with a strawberry sauce and icing sugar, all between a sweet doughnut bun. Sweet and salty all in one!

Pickles are deep fried with a hot dog in the middle. Because who doesn't love pickles, hot dogs and deep fried food?

This is the perfect place to capture super cute moments with your significant other or best friend. Ride at night for a beautiful view of the exhibition!

I think we've all had our fair share of fantasy date nights on a ferris wheel. Snap a pick here for the ultimate "end of summer" post.

Take a selfie in front of the CNE sign

This should be mandatory for all attendees. The perfect snapchat or Instagram story picture!

A pic in front of the classic food stands

Bonus points if you're eating classic CNE food like cotton candy or a candy apple!

Play and watch eSports and pinball at the new Gaming Garage! You don't want to miss this incredible arcade!

This year marks the 90 year anniversary of the iconic Tilt-A-Whirl ride. Don't miss hitting up this historic ride!

The polar express is another classic CNE ride that you can't miss out on. You have to ride is at least 3 times.

Bonus if you can capture a boomerang at the top of this ride. Grab some friends and see if you can handle the Pharaoh's Fury.

On Tuesday, convicted killer Paul Bernardo was denied parole for the second time after he claimed he committed the crimes out of entitlement.