It's going to be a hot summer. 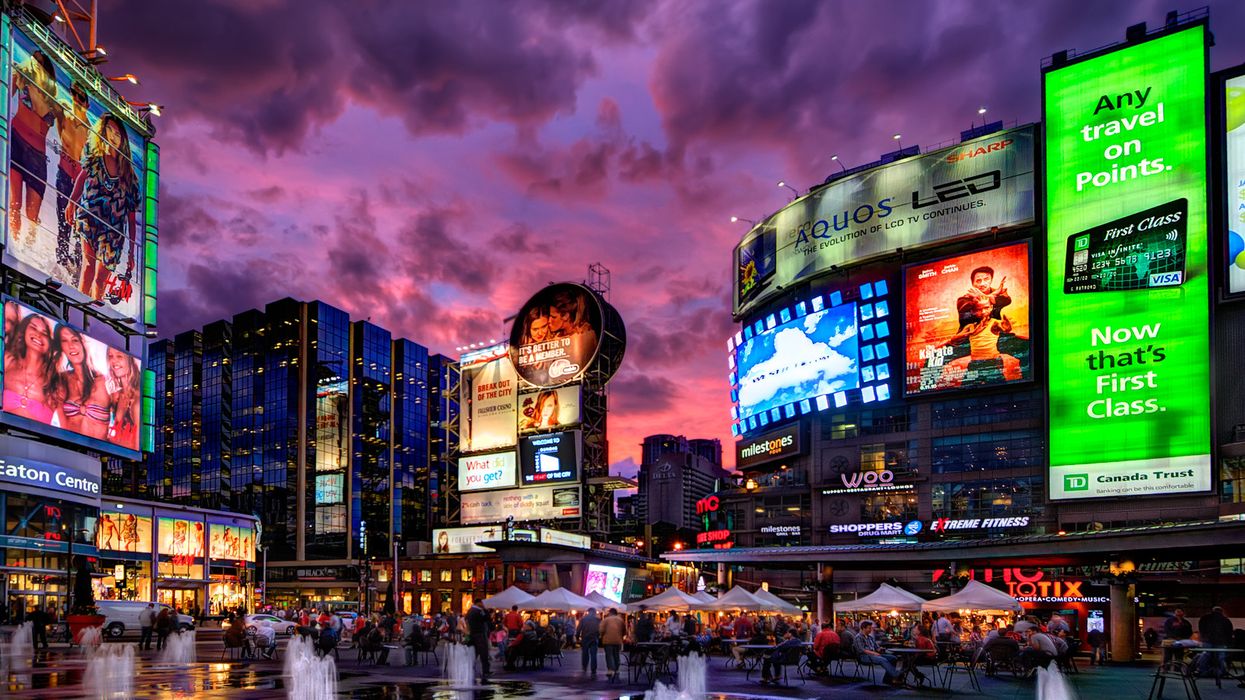 Toronto is a hot spot for film production. Our city is North America's third-largest screen-based centre and one of the world's leading producers of great entertainment.  Hollywood loves Toronto, the question is why? Filming in the downtown core of the 6ix is financially much more affordable than shutting down the streets of NYC. There are also many studio locations all over the city, a whole 1.1 million sq.f. of space to work with.

All year round there are many films and TV shows shooting in Toronto. The best way to identify a movie set is to look out for orange pylons labeled LES and the lineups of trucks parked on the side of the road. If you walk around the city often, you have definitely seen Harvey Specter and Mike Ross  posing for the camera in the financial district.

There are big productions filmed in Toronto every summer. Last year the villains from Suicide Squad took over the downtown core. You have obviously seen the video of the batmobile cruising down Yonge street right? It was all over social media!

So, what is being filmed in the city this year? We've got the D.L and have compiled a list of movies and TV shows that are shooting in Toronto. Let's welcome some of Hollywood's biggest celebrities to our city this summer. Have your cameras ready to snap and insta!

There will be many A star celebrities in Toronto for this particular production. The American science fiction satirical-comedy drama will feature Matt Damon, Reese Witherspoon, Jason Sudeikis, Neil Patrick Harris and Alec Baldwin.

There was much talk at TIFF last year about this gun control thriller. The subject matter is thought provoking and instructive as gun control is a great point of issue. A great lineup of talented actors are set to appear in this drama: Jessica Chastain, Gugu Mbatha-Raw, Mark Strong, Jake Lacy and Michael Stuhlbarg.

This sequel is being currently filmed in Sudbury and unfortunately the actors appearing in this production are not listed. Hm... We predict Sarah Lind, Leo Fafard, Amy Matysio and Jonathan Cherry may appear in the upcoming film.

TV series being filmed in Toronto include:

Who are you excited to potentially meet from this list of celebs?

The Crown star Josh O'Connor appeared to be more than a little confused after being asked to do a TikTok video during an interview at TIFF.

The British actor, who is best known for portraying a young Prince Charles, hilariously dodged a request to appear on the video-sharing platform after revealing he had no idea what it was.

It's going to cost you if you want to live like a celebrity.

One Toronto bar is celebrating TIFF in style this year with their exclusive "Shadow of a Doubt" cocktail, but it's going to cost you if you want to live like a celebrity.

EPOCH Bar & Kitchen Terrace, located in The Ritz-Carlton, has announced their new gold-topped beverage, which will cost you $475 for a taste.