12 Restaurants That Prove Toronto Is The Foodiest Place Ever 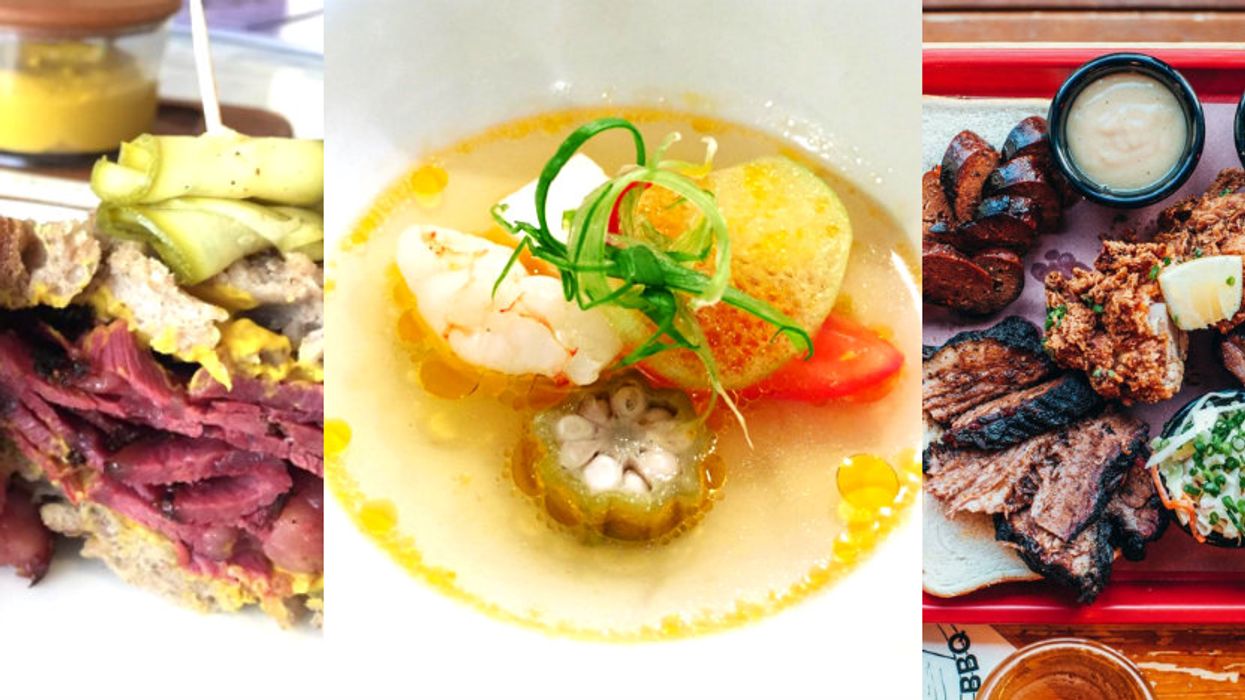 When it comes to food, Toronto pretty much has it all. Though there are the holy grail of Toronto foodie restaurants (think Canoe and Scaramouche), this city is also home to a ton of unique and unexpected food. Sometimes the best meal doesn't come from an expensive 4 star restaurant, but instead from a hole in the wall serving up authentic, inspired dishes.

From a menu inspired by early Canadian settlers to a kitschy BBQ joint, here are 12 unique restaurants that prove Toronto is the foodiest place ever:

Boralia is a relatively new restaurant with one of the most creative menus in the city. Their cuisine is inspired by the country's natives and early settlers, proving that Canadian food can definitely pack a punch. The majority of the dishes at Boralia are meant to be shared, with notable picks including the Venison Liver & Foie Gras Parfait and the Cured Trout grilled over Cedar Branches.

Toronto has no shortage of French and Korean restaurants, but only Doma combines the two. The Little Italy eatery offers French inspired Korean cuisine by using French culinary techniques with Korean flavours. Must-try dishes include the Scottish Salmon and Blacked Chicken sandwich.

Rasta Pasta is another fusion restaurant that blends two unexpected cuisines: Italian and Caribbean. This Kensington Market hole in the wall is primarily a take out joint known for its delicious jerk chicken, as well as their hearty lasagna and chicken alfredo.

Little Sister is an Indonesian food bar with hints of Dutch cuisine. Located in the Yonge-Eglinton area, the menu consists of small plates that can be shared by the table, including curries, skewers, braised meats, and more.

When the Pig Came Home is a Eastern European-inspired deli located in the Junction. The laidback eatery offers a variety of smoked meats, charcuterie that are available for purchase by quantity, as well as their signature sandwiches like the Montreal Smoked Beef Cheeks.

Loga's Corner is a Tibetan family-run restaurant located in the heart of Parkdale. The comfortable cafe is known for their delicious momos (Tibetan dumplings) and offers take-out and dine in options.

DaiLo is yet another incredible fusion restaurant in the city. This trendy College St hot spot serves up French-inspired Chinese fare. Their menu is particularly unique, with incredible dishes like the Truffle Fried U.S. Brown Rice or Ponzu Beef Carpaccio.

Electric Mud offers a unique BBQ experience complimented by the restaurant's kitschy picnic tables and loud rock music. The menu includes authentic BBQ dishes such as the Smoked Brisket Sandwich as well as newer inventions like the Shrimp & Grits.

Don't judge King Place by its lacklustre exterior. Located at the corner of Dundas and Sherbourne, King Place is an unassuming restaurant that is often considered to be the best Pakistani food in Toronto. Whether you go for take-out or choose to dine-in, their fluffy naan bread and flavourful butter chicken are two delicacies not to be missed.

One of the four Mas Playas restaurants across Toronto, Barrio Coreana is a hip eatery that specializes in tacos and other small plates. The Mexican and Korean-inspired menu features key items such as the Chicken Kampungki Tacos and the aptly named K-Mex Slaw.

Honest Weight is a New England style seafood spot. The Junction eatery focuses on fresh catches, which means that the menu changes regularly depending on what is currently available. Staple items include the Chowder and the Smoked Fish Plate.

Hungry Amoo is a snack bar located on Lower Ossington. The laidback restaurant was created as a means for the chef, Houman Pourmarz, to showcase the different cuisines from his travels around the world. Menu highlights include the appetizer Chicken & Popcorn and the Sea Food Manti.