Show off your moves on these free ice rinks! 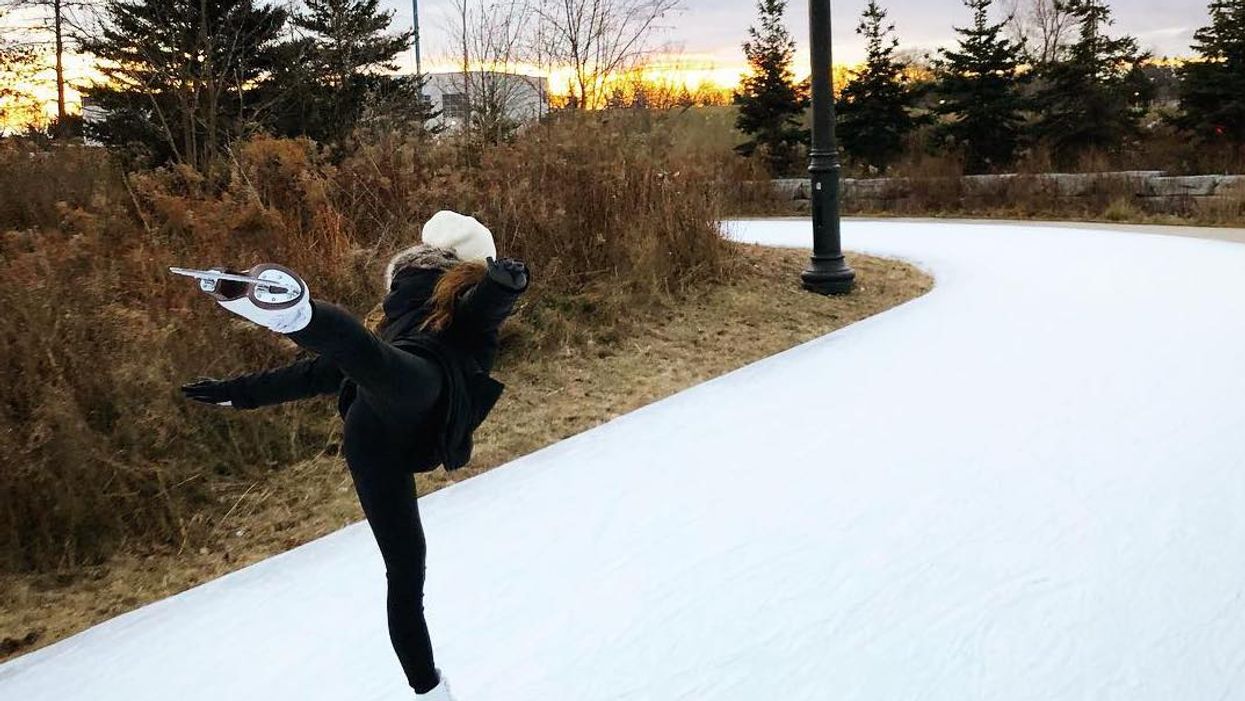 Winter is a time where it can be difficult to get out of the house. Fewer things are open and overall it's just colder. However, there actually happens to be amazing things throughout the city you can do for free...one of them being skating!

The City of Toronto along with some local businesses have opened the doors to tons of free ice rinks for you to try out this winter. From some with gorgeous views of the CN Tower to others that are literally on a pond, you really can't go wrong.

See below for the top 12 that won't just make for a great skate, but will also set you up for a great Instagram moment.

Under The Gardiner Expressway // Toronto, Ontario

The Bentway Skating Trail - A.K.A: the rink underneath the Gardiner Expressway that everyone has been talking about is one of the coolest places for you to check out this winter. Not only does it make the perfect photo opp with your bestie, but they also have free skating every Thursday night thanks to Billy Bishop Airport! Oh, and did I mention there are food and drink available onsite?

Sherbourne Common located near Sugar Beach Park is a really great place to go skating this winter. Not only is it 100% free, but it's located right on the Lake Ontario so you have a beautiful view, too!

Nathan Phillips Square is the #1 destination to go skating this winter. The rink is located right in beautiful Downtown Toronto and features a stunning light display. Also, there are skates available for rental onsite (just have to drop a few dollars) and tons of great food vendors just in case you're hungry after. Natrel Rink is located right in the harbourfront area and features stunning views of both the lake and the CN Tower. In my opinion, this rink is by far the cutest if you're going on a date as it also features tons of great restaurants nearby. The rink at Dufferin Grove Park is an extremely popular free skating destination in the city. Not only does it attract a lot of families, but also more competitive people looking to play a game of hockey.

The Colonel Samuel Smith ice trail is the perfect place to go if you're looking to get some real skating in! The rink is quite long and allows you to really skate far distances rather than being trapped in a small enclosed space! It's definitely worth checking out! Grenadier Pond in High Park is definitely the coolest rink to check out. Why? Because it's built directly on a pond (this is when you know you live in Canada). Not only is this space 100% free, but also extremely big allowing you lots of space to play games such as hockey on the pond.

Mel Lastman Rink is located in the public square at the North York Civic Centre. It's extremely popular so you can expect to see tons of people skating around and having a great time! Also, there are tons of amazing restaurants in the area for you to check out after for a quick bite!

The skating rink at Alexandra Park is located conveniently at Dundas Street West and Bathurst. Not only does this rink offer free skating, but also learn to skate options for those who are interested in improving their moves on the ice! This rink at Greenwood Park is located in Toronto's East York district and features a massive rink open to the public! Located not too far from Greektown, you'll be sure to have lots of options to stop by for some yummy food after you're done skating! This rink is located in the iconic Trinity Bellwoods Park in Toronto's Westend. This rink is a great place to bring a significant other or to check out with the family! Also, it's extremely open with lots of space for you to skate around or play a hockey game! Regent Park features a MASSIVE rink in Toronto's East York district. It was recently renovated and now features heated change rooms, brand new lighting, enclosed fencing, and two accessible washrooms! Also, located right outside the park is one of my favourite coffee shops, Sumach Espresso, that features amazing beverages that you can test out after as you warm up from a cold night outside having fun!