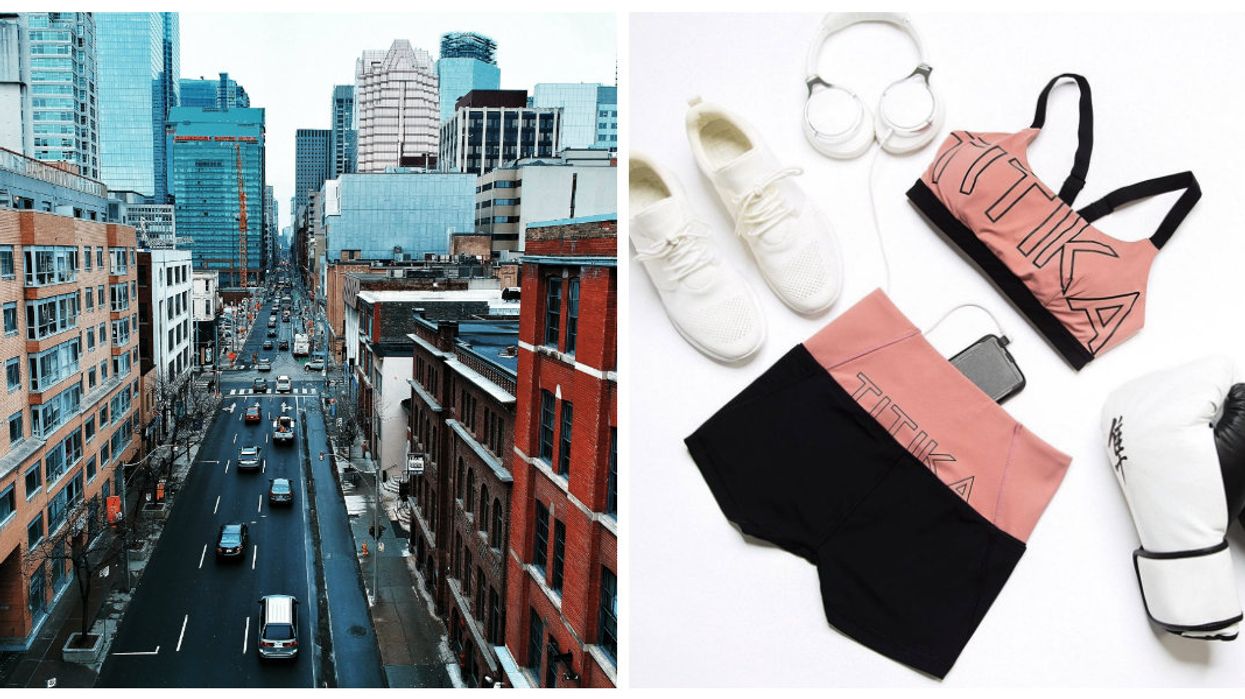 Toronto's ultra trendy Queen Street West neighbourhood is gearing up for its busiest weekend of the summer. Ahead of the iHeartRadio MMVA's on Sunday, Queen West is hosting their first-ever midnight street sale, with ridiculously good deals from over a dozen participating shops and restaurants.

From 8 PM to midnight this Saturday, August 25th, nearly every store on Queen West from Bathurst to Simcoe Street is throwing their doors open for some crazy late-night shopping. It's the perfect thing to do with friends on a summer night, after getting tipsy on a patio somewhere. Even tattoo and piercing shops are reducing their prices for the night!

Here are all the best deals you'll find at this Saturday's Midnight Madness event!

Titika, an activewear boutique at 357 Queen Street West, is having an amazing 40% off storewide sale after 8:00 PM on Saturday! You can't miss it. On Saturday night only, MAC Cosmetics at 368 Queen Street West is giving you a free MAC tote bag and complimentary lip demo with every purchase over $45! This jewelry shop at 288 Queen Street West is marking down select items for as low as 50% off for Midnight Madness only! Original at 515 Queen Street West - one of the most iconic dress boutiques in the neighbourhood - is giving you 50% off selected merchandise during Midnight Madness.

If you're ready for a spontaneous new tattoo or piercing, this Saturday's your perfect chance. New Tribe is offering feature tattoo designs for $60-$80 including tax -that’s $30-$50 off their regular pricing! They'll also have exclusive Midnight Madness piercing deals, deals on merch and free return coupon card with all purchases. Getoutside at 437 Queen West is beating out their Midnight Madness sale competition with an outdoor "Getoutside pong" setup. Which seems like it'll be a lot like beer pong, but with prizes and exclusive discounts! You gotta check it out. Make a pit stop to refuel at Mi Taco Taqueria at 247 Queen West, and score a deal on some delicious Mexican food. From 8 PM to midnight, Mi Taco is giving out one free canned soda or bottled water with a purchase of any Combo, Plato, Burrito or Bowl. Seduction love boutique at 493 Queen West is celebrating Midnight Madness with 50% off select items. What better time to stock up on sexy intimates? On the same wave as Getoutside, Te Koop will have their own beer pong-inspired outdoor game setup, with prizes, giveaways, and exclusive midnight-only discounts, of course! If you love to dance, this is a deal you cannot miss out on! For just $10 a person, City Dance Corps is hosting a Latin Social, with salsa and bachata for dancers of any skill level. The event will feature live music, followed by a DJ at 11 PM. Outer Layer Cards and Gifts, located at 577 Queen West, is having a massive sale this Saturday with up to 75% from 10 PM til midnight. The entire store will be 25% off, and every shopper gets a free gift with purchase! Toronto's newest bubble tea shop at 231 Queen West is joining the Midnight Madness fun with exclusive deals on their delicious beverage menu. Tea Land hasn't announced their deal quite yet, but they're 100% participating, so make sure to pop by and check it out!