13 Places To Get Ridiculously Good Dumplings In Toronto 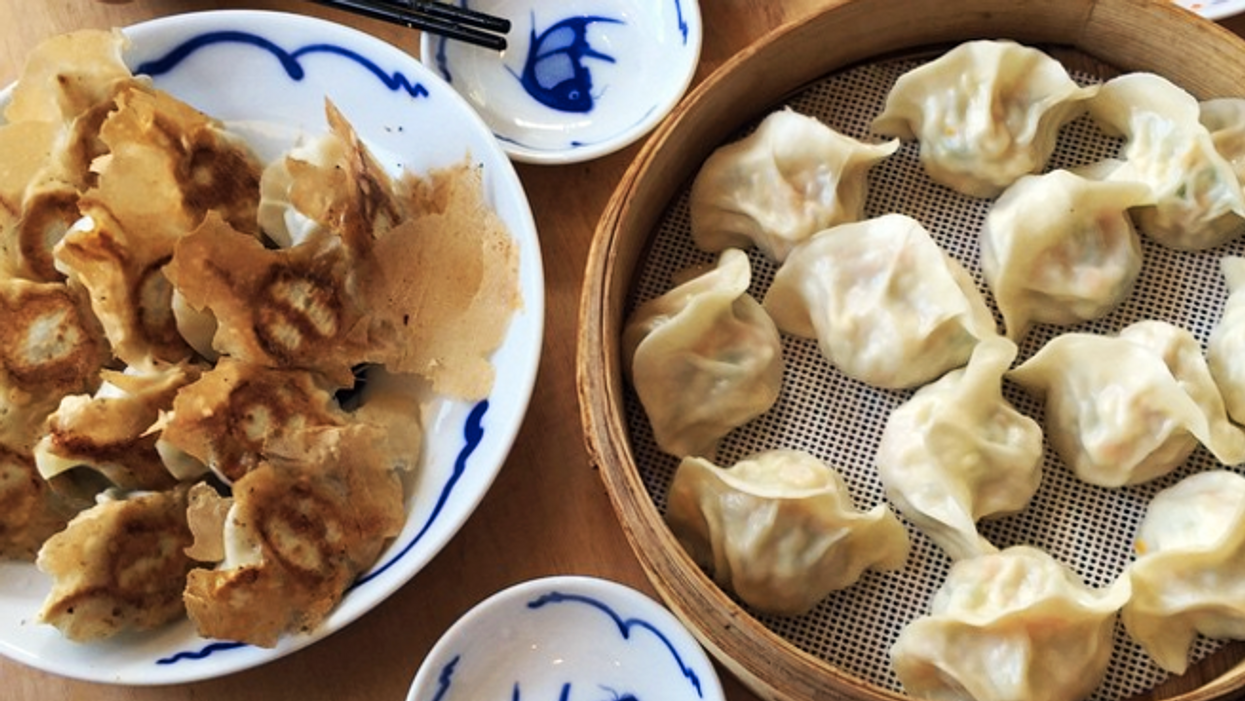 Dumplings may be the perfect food. They're delicious and light, but still filling when you need them to be. They can be made many different ways, and be stuffed with many different foods. Be careful though, because upon tasting the perfect dumpling, you could easily slip into a coma of food bliss that you can never escape. If you're looking for that perfect dumpling, these places are some of the best ones to check out.

The reigning champs. Mother's D's has been the go-to spot in Chinatown for U of T students pulling all-nighters and young couples on their first date for years. Their selection of dumplings (boiled, steamed, pan fried) is fantastic, but you're pretty safe with whatever you choose. Everything is delicious.

King's is a great choice for the health-conscious dumpling eater. Not only is their selection entirely vegetarian, their dumplings are made with all natural ingredients, and without the use of preservatives. So if you're into eating delicious dumplings without feeling guilty, this is the place for you.

Next time you're in Markham, and get a craving for dumplings, check out Ding Tai Fung. One of the keys to a delicious dumpling is making sure that they're well stuffed, and Ding Tai has that down.

Possibly the best bang for you buck on this list, Chinese Dumpling House will get you an order of 15 dumplings for just $4.99, and on top of that, they're delicious too! That can't be allowed.

Asian Legend hand crafts their dumplings, and the care they take in making them really shows, because they are some of the prettiest dumplings you'll see in this city. They'll also make your stomach happy, as anyone who's tasted a soup-filled dumpling will tell you.

Chinese Traditional makes some of the freshest dumplings around at some of the most reasonable prices you'll see. Definitely worth checking out next time you're hungry and strapped for cash.

There is literally no way you won't find the right dumpling for you at this Scarborough spot, as their list of options is over 200 items long. The dumplings are also attentively made, so you're bound to like what you eat.

Rol San is another painfully popular Chinatown spot, particularly known for their shrimp dumplings. Check them out, they are divine.

These guys have been in the game for 30 years, and it shows in their great selection and fantastic recipe. Pearl Court is also open later than late, so now you know where to go when you're drunk and hungry at 3:00 am this weekend.

For a classic take on dumplings and dim sum, head over to Kowloon, where you'll find reliable recipes crafted into delicious tasting dumplings that will always leave you satisfied.

At the end of every quest for affordable, delicious dumplings, there is Dumpling House. Tucked away among many similar restaurants in Chinatown, this particular spot stands out with their delicately made dumplings and unbelievably delicious hot sauce. Check them shits out.

This mom and pop has a friendly staff and reliable selection. You really can't go wrong with anything on their menu, and you'd better believe that the dumplings are made with care.

Next time you're on the Shephard-Yonge line, stop by this quiet little spot. It's very much a hole in the wall, but the food is expertly made, and the selection goes beyond what you'd usually expect from a North American dumpling place. Very much worth checking out.