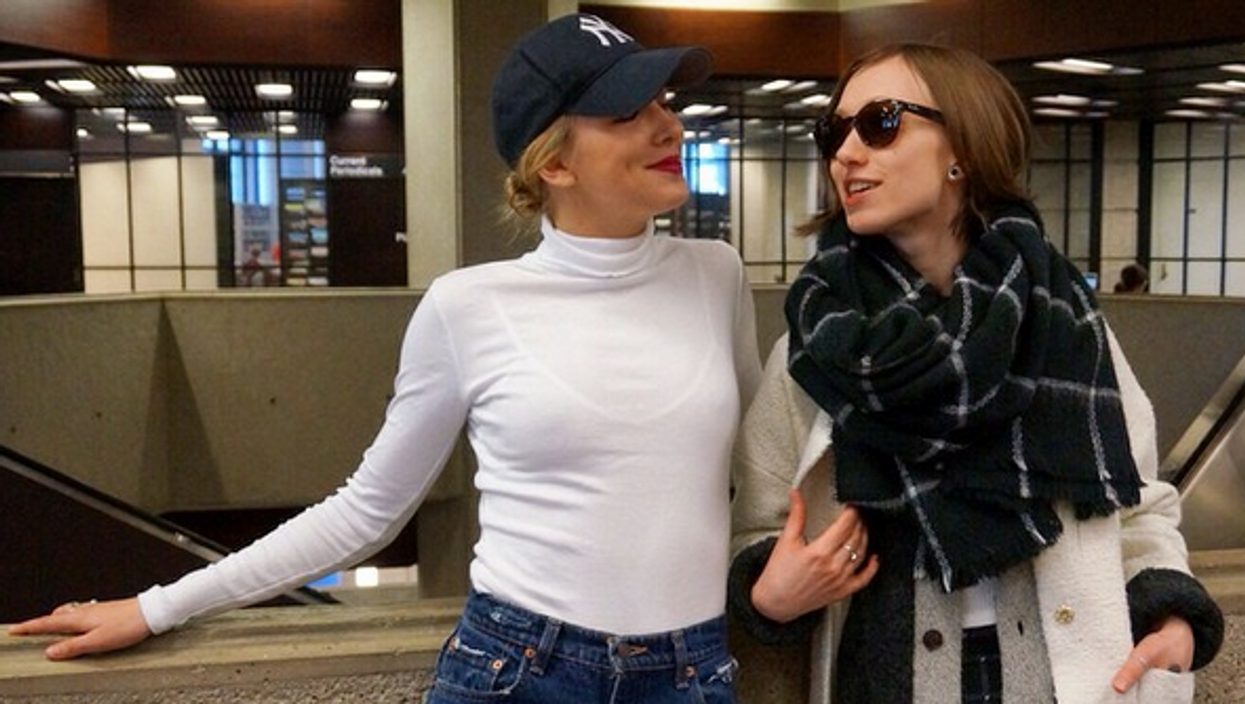 University is all but a leisurely ride. The stress began before you even started university - in your senior year of high school, when OUAC applications made you a nervous wreck. You basically put down $50 for every university you wanted to apply to, and there was no guarantee you'd even get into any of them.

But the moment you received that coveted acceptance letter to your school of choice, it was like all the stress didn't matter anymore. The hard part was over, right? Wrong. As a university student, you're basically an adult on trial. Within your first week of university tensions build up again, and eventually you realize that the stress is probably going to last for the entire four to five years of your undergrad.

1. Spending your OSAP money on things other than school stuff

OSAP isn't 'free' money, but many students consider it to be. Those that do often spend the funds carelessly on anything other than school stuff - car stereos, plane tickets, Canada Goose jackets - you name it. One University of Waterloo student claims that his friend spent his OSAP completely on Apple shares and is now mad rich. On the opposite end of the spectrum, here's a Carleton University student who would rather not spend his OSAP on non-school-related things like beer if it means graduating debt-free. OSAP decisions are always tough.

Being on a bus or a train for around 2 hours every day getting to and from school is never fun. Pretty much any school in Toronto is a commuter school - UofT, Ryerson, YorkU - and surely no students are fans of the commute. Transit is always busy and jam-packed with people. Subway riders also have to deal with a Wi-Fi-less ride. And to top it all off, scheduling your day is always difficult because you have to incorporate that 2-hour (or so) travel time in your plans.

If there's one inevitable truth, it's that university students cannot survive without a reliable Wi-Fi connection. Most Ontario universities have decent Wi-Fi (like Nippissing University, which upped its Wi-Fi game in 2013), while some others are less fortunate. Lakehead University is an example of the latter - a survey conducted on its students revealed they are not satisfied with the Wi-Fi connection on campus and that it is in dire need of updating.

Opting out of certain services or plans that your school offers (like health and dental plans) is a great way to save money if you already have your own coverage. For example, opting out of the MSU Health and Dental plan at McMaster can save you around $170, which is money that could go to other student expenses. Forgetting to opt out is therefore always unfortunate, especially if you forget more than once.

5. Getting lost on campus

Every school has that one building that is just impossible to navigate through. At Brock University it's the Mackenzie Chown building. At UWaterloo it's the Psychology/Anthropology/Sociology building. At McMaster it's the Togo Salmon Hall, Kenneth Taylor Hall and Chester New Hall buildings. No matter how long you've been a student at your university, there are always certain areas of campus that you still get lost in.

6. Being wait-listed for the courses you want to get into

It's easy to get wound up in the hecticness of student life. Often times, this results in leaving course selection to the very last minute. Many students have experienced manning their computers, pressing the refresh button several times until a vacancy opened up in their desired classes. The worst is when the student portal crashes on you - Laurier's MyServiceSpace and UOttawa's UoZone never seem to work when you really need them to.

7. Finding a vacant seat in the library

Finding a good place to study on campus is an arduous task, especially during midterms or finals season. Often times you'll come across students who save entire rows of seats for their friends, students who use the study desks for LoL sessions or napping instead of studying, and even couples who think it's cute to make out at a cubicle. Some campuses need to improve their library services (ahem, Ryerson).

8. Figuring out what to eat

Whether you live away from home or not, deciding what to eat is always difficult. Students who typically move away for school, such as Queen's students, usually don't know how to cook and Kraft Dinner or ramen noodles just won't cut it. Students who go to school in the city, such as UOttawa students, struggle with deciding where to buy their food from.

9. Knowing nobody in your classes

Unless you're in a tight-knit program like Western's MIT or go to a school like Trent that has a relatively small campus, most of the people in your classes are probably strangers to you. Even though you know that getting through a course alone without a concrete study group is tough, it's hard to make new friends because the class sizes can be so overwhelming.

Textbooks are some of the biggest expenses of university students. Sometimes if you look hard enough, PDF versions of the textbooks you need are downloadable online; but most of the time the only way to get textbooks is to buy them from the campus bookstore or from another student. Sadly, bookstore prices are typically outrageous and textbook exchange groups on Facebook just get way too cluttered. And after all the stress, once you finally get the textbooks in your hands, you barely use them. It's a terrible cycle.

When you're studying, everything else just seems that much more interesting. You'd rather watch a tap drip than study. Distractions are everywhere - UofT and Ryerson have the Eaton Centre (and the rest of downtown Toronto), York University hosts the Rogers cup, and Guelph University has Wyndham Street; just to name a few.

12. Letting go of your appearance midway into the term

At some point in the term, you stop trying to look nice because it takes too much time and energy. Typically, the sweatpants and baggy sweaters usually come out in the second months of the term, during the height of midterm season. Such is the case for UWaterloo and UTSC. At UWindsor, it's year-round.

Even though you're actually dying inside.