It's hard out here for a Toronto server. 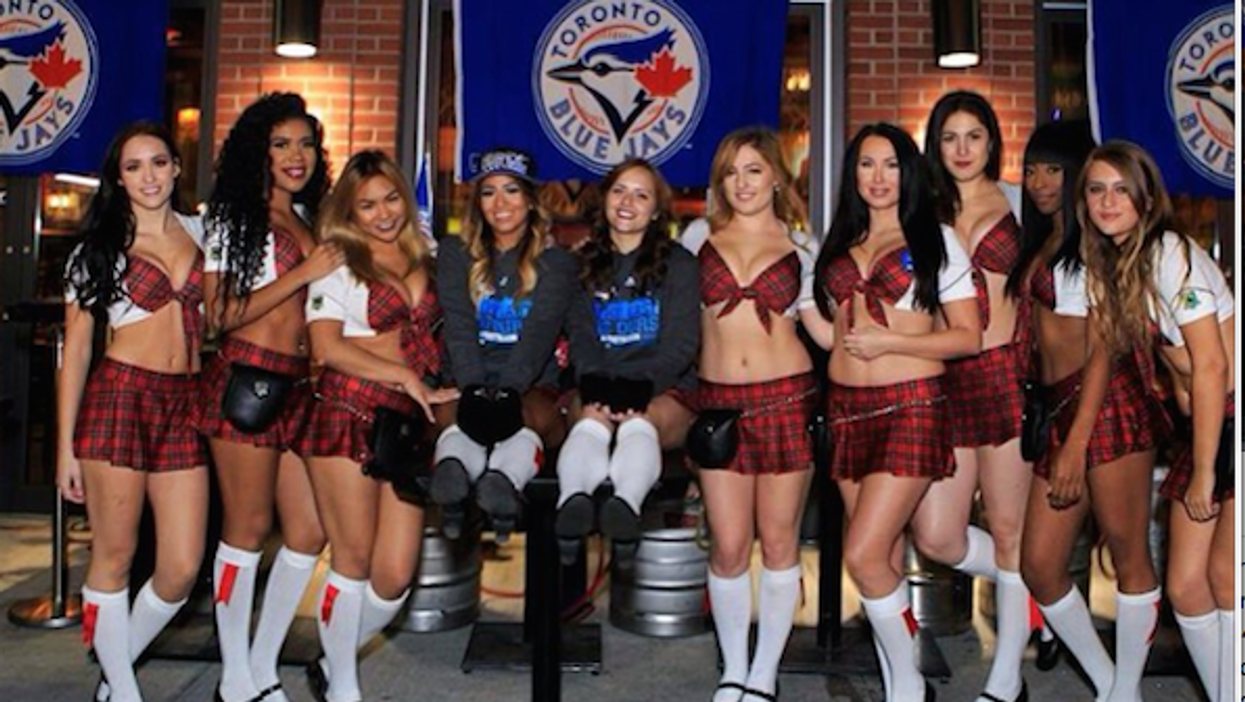 Working in the service industry certainly has its perks. For starters, tips. Also, tips. Oh, and, tips. But the area of Toronto you work in, as well as the quality of your service, or  your appearance, are all contributing factors. Surely, as a server (or bartender), you already knew that. You also know that scoring a "10" in all of those categories does not excuse you from the challenges of the industry.

Servers all around the world can sit down together and go on for days about the struggles exclusive to their line of work. But there's just something about being a server in the 6ix.

Whether you work in the Entertainment District or right by Pearson airport, every now and then you'll get the customers who are either waiting for a flight, or a concert at the ACC, or a Jays game, or they're catching up with their friend whom they haven't seen in "forever". That's all fine, but they've been here for hours, you've flipped your other tables at least three times throughout the dinner rush, and they still won't leave.

2. That depressing moment when you realize how much money you could've had if you didn't spend all your tips on drinks after work

...but after the day you've had, you deserve it.

Whether they've just hit the big one-nine or they're a few months in, they're probably every server's pet peeve. After scoffing at you for asking to see their I.D., these little gremlins take a longer-than-necessary amount of time to scan the drink menu for the absolute cheapest cocktail, just to pay for it in exact change. See the Jack's on John Street or Milestones in Dundas Square on a Friday night for an example.

4. Dealing with the dehydrated drunks.

It's about 1 a.m. and you've been cut. You hurry to get all your side duties done, when a rush of drunk people from Lost and Found or the Hoxton (and everywhere in between), show up. At first you think, "at least it's good for business", but really you, A: just worked a double and couldn't give a shit about the business at this point and, B: realize that all they want is a glass of water and somewhere to wait for their Uber to arrive.

aka: no tip for you, and now you'll be missing the last subway home.

5. When people mistake you for a tour guide.

This most commonly happens to servers who aren't fortunate enough to work in the downtown core. Of course as a server or bartender, being knowledgeable about current events and local attractions is at the very least helpful, if not a requirement. But what do you say when your customers ask what there is to do in the area, and the area is like, Scarborough, or Etobicoke?

These types of customers can literally be anybody. From the Financial District's finest accountants, to the wealthy housewives of Yorkville, all common sense and simple logic seems to go out the window the second people enter a restaurant.

First they need an excessive amount of time to look at the menu, and once they finally place their order, they get really impatient. Oblivious to the fact that in the time they sat with said menu, other people walked in, and ordered before them. But they don't see that, all they see is that someone who wasn't there when they arrived has just got their food – and well, they haven't. Oh, and they also have a meeting "in like, 20 minutes."

7. Those couples that sit on the same side of the booth

This is especially bad when the seats are clearly meant for one person. There's no need for this. Please know that every single server is judging you. #YoureTackyAndIHateYou

8. When your restaurant closes at 2, the subway stops running at 1:30, you weren't tipped enough to afford a cab, and your city is actively trying to get rid of Uber.

Shout out to the servers of King Street.

9. Yelling 'behind' outside of work

While it is an effective method of reducing accidents, uttering 'behind' to the person you're trying to squeeze behind at a very crowded Bloor-Yonge station at 9 a.m., is a surefire way to look like a moron.

10. That one couple that demands the largest booth you've got.

11. When you're short-staffed because everyone has come down with the same illness also known as a Taylor Swift concert.

Or it's Nuit Blanche, or Caribana weekend, or literally one of the thousand awesome festivals that are constantly going on here, or anything Drake-related. Long story short: you're on your own, and you're closing.

12. Being ripped off by El Cheapo and the gang.

They'll talk your ear off. You'll bond over the struggles of being a poor U of T student, (or whatever), and you'll automatically jump to the conclusion that since they're eating out, they must be financially stable, and so surely that'll result in your tip. But come time for the bill, you learn that they either haven't tipped you at all, or they've left a measly 5%.

Correction: working at a restaurant in Yorkdale during the holidays.

It's hard out here for a Toronto server...but at least it's not retail.