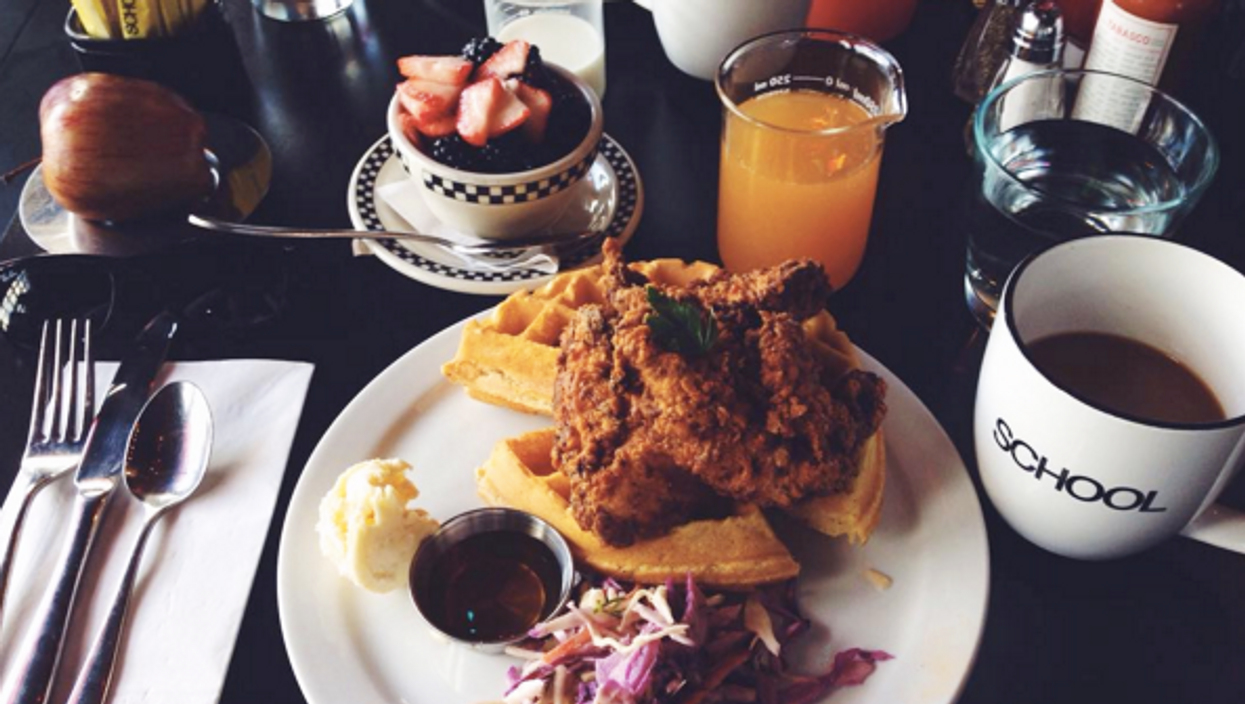 Toronto's having a love affair with chicken and waffles. And can you blame us? It's the perfect marriage of sweet and savory in one beautiful meal. It shouldn't work, but it really really does.

Chicken and waffles are slowly replacing bacon and eggs in the hearts of Torontonian brunchers, so you should probably figure out what all the hype is about if you're not already on board.

Here are some of the best spots in the city to get in on some of that goodness.

This Junction spot has an awesome chicken and waffles meal. Just ask for the Yardbird.

Your taste buds won't even understand what's happening to them when they get a load of Home of the Brave's crispy fried chicken and sourdough waffles.

Harlem Underground is the place to go to in Toronto when you're looking for comfort foods, so how could you not try their spectacular crispy fried chicken and golden waffles?

If you're looking to mix it up a bit, try Farmer's Daughter's Frog Waffles. That's crispy frogs legs over some mouthwatering buckwheat waffles. Get into it.

If you're on the fence when it comes to the sweet vs. savory debate, enjoy the best of both worlds at Triple A, where you'll get some gravy and some syrup with your chicken and waffles.

Only on the weekend can you enjoy School's buttermilk fried chicken with their beautiful golden waffles. Get into it.

White Brick's chicken recipe is one of a kind, and when combined with their fantastic waffles and red pepper jelly, you really can't go wrong.

The Drake Hotel's chicken ad waffles have been unbeatable for a good long time. Next time you're there for some brunch, check them out, because they'll bring you to tears. In the best way possible.

The stockyard's strategy of giving their chicken a 24 hour brine before cooking more than pays off, as it comes out crispy and delicious, and the waffles are golden and fluffy like you like 'em.