What you can't change, complain about. 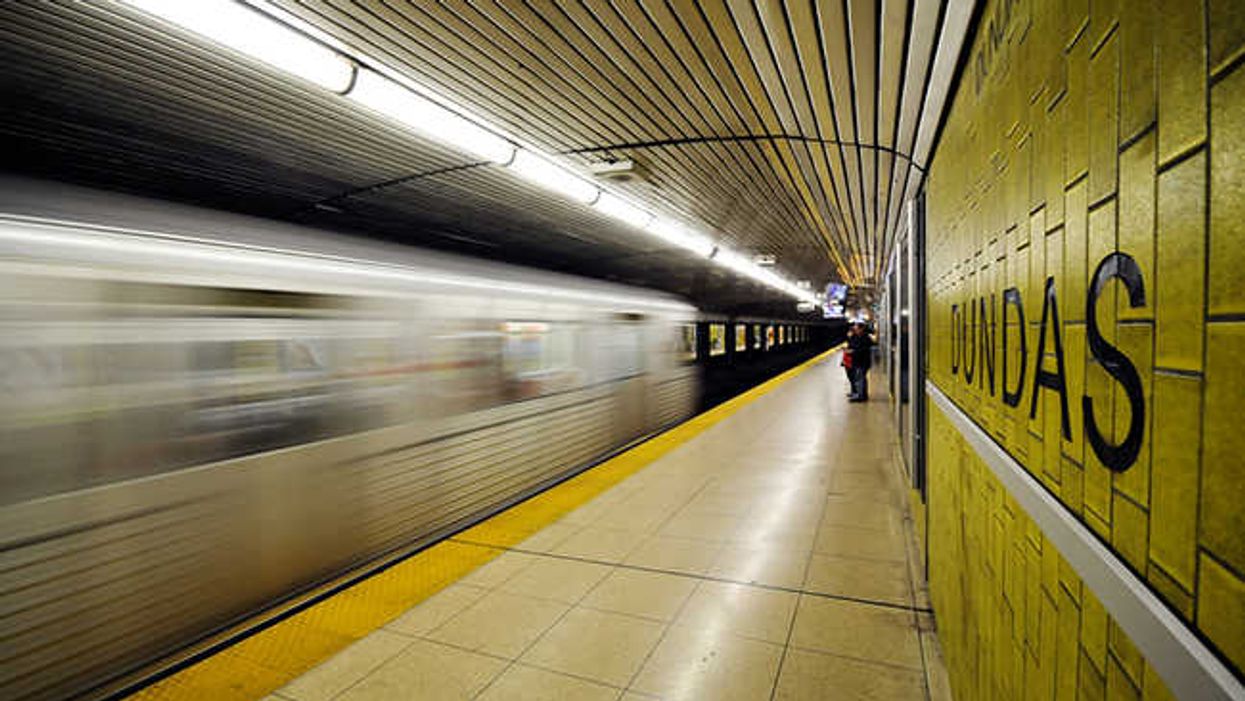 God, the TTC is a nightmare. The fact that most of us have to use it every day is straight up tragic. Between the train delays, the muffled speaker system that never actually lets you know what's going on, and all of the subway assholes, it's amazing any of us have a positive outlook on the world at all.

Luckily, we have our collective sense of humour about the whole thing to keep us going. Because the subway is kind of ridiculous. We'll all complain about the things we hate most about it, and it'll make us feel a little better because misery loves company. So, on that note, here are some of the worst subway stations in the city. Doesn't it feel good to vent?

St. Clair West sits in the middle of a subway desert. Getting from it to either of the stations on either side of it is a long and difficult trip that will change you forever. Generations are born and die on the train between Eglinton West and Dupont stations, and that's because St. Clair West is literally the only pit stop on their journey.

I get that this is the busiest station on the subway, and so it's going to get a little hectic, but come on. Some people use this station as an excuse to go full cave man. Here is where you'll see little old ladies being shoved to the ground by businessmen who think they're walking too slowly, or people being shoved out of subway cars that they probably shouldn't be trying to squeeze into. Love for your fellow man dies as soon as your train doors open onto this station.

Anyone who's traveled to Toronto by bus knows what a pain in the ass the Dundas subway station is. It has that annoying layout where you have to go down a bunch of stairs and then up a bunch of stairs to go from the Southbound side of the tracks to the Northbound side. This is not fun to deal with at 12:15 am when you're carrying a heavy suitcase and really just want to be in bed. A little while ago I noticed that someone painted the eyes of one of the little mural children on the walls of this station red. Whoever that person is, they know exactly what I'm talking about.

It smells like feces, looks like it's the scene of a recent murder, and has some of the most unreliable buses in the city.

What the fuck is even happening at Union station? It feels like it's been under construction for at least 17 years. Is that just the decor now? Because making people walk around giant barricades to do basically anything seems like a really weird stylistic choice. Also, I really hate that both of the trains are "Northbound." Some of us are stoned and cannot deal with that.

This station is ugly and grey, the train always slows to a stop for like five minutes right before you pull into it, and good luck getting to it without a shuttle bus if you're coming in past 12:30am.

My main problem with this station is that it looks like the entry tube to a spaceship. I guess they thought it would be cool to make the platform into a cylinder, but now people with heavy backpacks can't lean against their curved walls. Shame on you TTC.

I'm using Sherbourne as a placeholder for every station where you need your transfer to get on a bus. What kind of barbaric shit is that? This is unacceptable in a city where subway fare is so expensive, and a metropass costs $130.

What can I say about Spadina station that hasn't already been said about that giant lump of lard they found in the London sewers last year? It's way too big, it's messy, and it's a sad reflection of our quick fix culture. Spadina is the worst subway station I have ever been in, and I've lived in Montreal. The fact that you basically have to walk to another subway station to transfer from the University-Spadina line to the Bloor-Danforth line is an actual travesty.

75% of the delays I have experienced on the subway have happened as my train was pulling into or out of this station. Get it together Summerhill!

Putting a McDonald's in this station was a twisted thing to do. How am I ever going to do groceries again?

The thing about Yorkdale station is that it's outdoor, but has a ceiling. In the winter, this creates a cool wind tunnel effect, which you'll quickly learn is actually the worst thing ever.

Those pastel green walls are nauseating. I'd hate to be someone who has to look at them every day.

Looking for more? 13 Fun Toronto Spots To Impress Your Friends When They’re Visiting >