13 Memes About The TTC That Are Both Hilarious & Tragically Relatable

We all know that TTC pain. 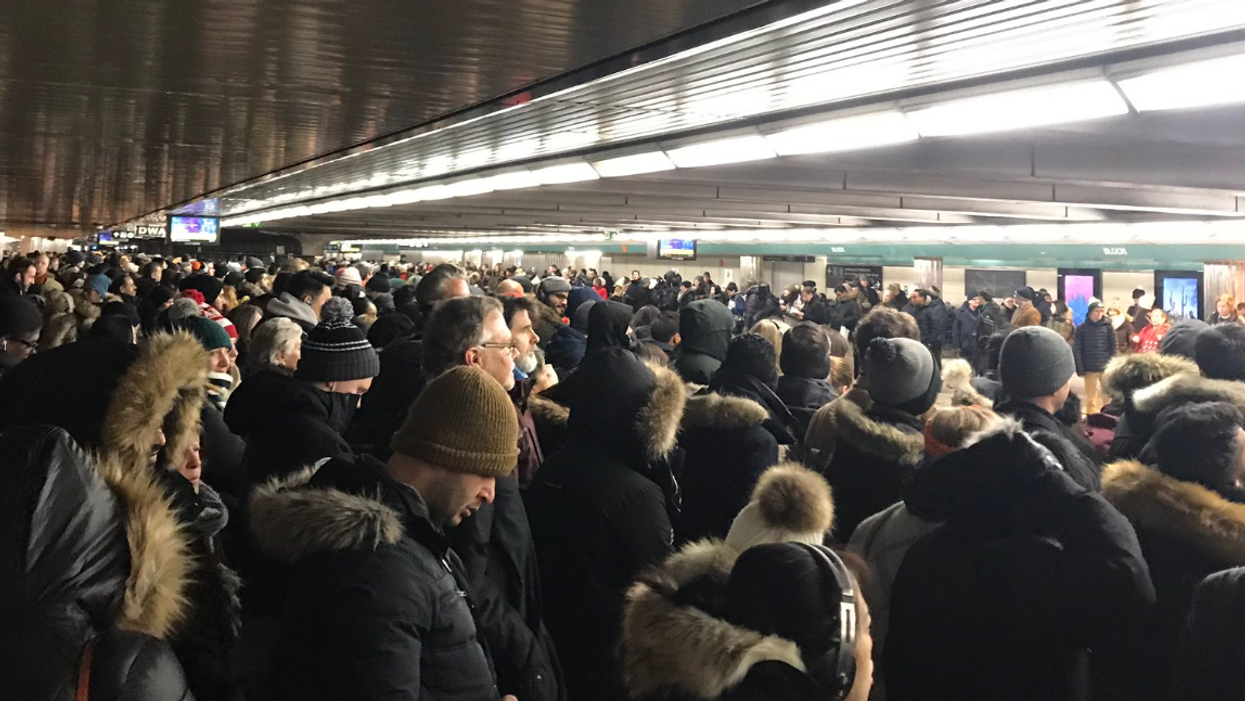 If you are a true Torontonian, taking the TTC to get around the city is something that has become a mindless routine. However, with all routines, sometimes it comes to a grinding stop when something gets in the way. With Toronto's transit system transporting over a million users a day, sometimes delays can halt your plans. Of course, when these horror stories do happen, TTC memes are the best way to laugh away your commute times.

Even though the TTC was named the best public transit agency in North America in 2017, like all transit systems, delays can happen.

From busy rush hour commutes to full-on closures, many of us have shared countless frustrating moments with our fellow passengers.

Sometimes it’s a collective sigh, other times it’s an unorganized, yet weirdly in-sync, rage quit. Whatever it is, so many of us know the pain of having our plans interrupted by transit.

Despite our love-hate relationship, the TTC was voted the best transit system in Canada last year. Yes, Toronto beat out both Vancouver and Montreal for the top spot in 2019.

However, during those times when it seems like everything is going wrong, we've found some of the best memes to ease some of your TTC woes.

Hello From The Other Side

Ok, the TTC bus driver probably isn't leaving you on purpose, but we all know that feeling when we're seconds too late.

Not A Single Person Likes Standing On The Subway

Remember when you used to beg to play musical chairs as a kid? Careful what you wish for.

Listening To So Many Updates You Hear Them In Your Sleep

That amazing feeling of relief when the subway intercom comes on, and it informs you of a delay that has nothing to do with you.

When You Just Don't Feel The Connection

If only you were able to scroll through Instagram while stuck in an underground tunnel. What a life that would be.

Have Your Cards Ready People

Nothing is worse than being stuck behind a person who can't seem to find their PRESTO card in their purse or pocket.

Fare Evaders Are No Joke

While fare evasion is no joke, we're all thinking of that viral video of those students who ran through those subway doors.

This Is So Not Fetch

This is why we can't have nice things.

There's always that cold winter night when you're waiting for that bus that just doesn't seem to show up.

It's sort of like the NeverEnding Story, except it's not fun, and you just want it to end.

The TTC is the real MVP of memes.

That's Not Your Man

While the TTC is often a great way to get across the city, sometimes we just wish that it wasn't our man.

The struggle is so real.

Sometimes confined spaces can get smelly. The TTC is certainly no exception.