13 Types Of Toronto Friends You All Have

Did we just become best friends? 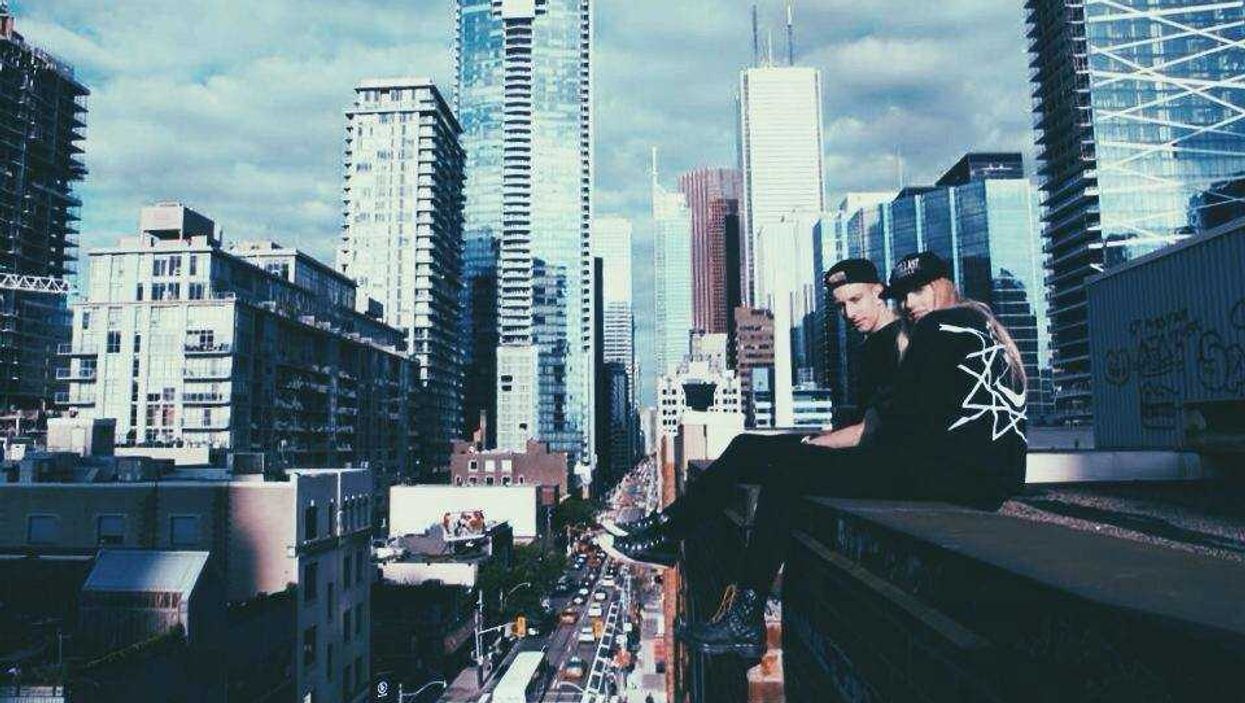 "Friendship is so weird... you just pick a human you've met and you're like 'yep I like this one' and you just do stuff with them" - The Incomparable, Bill Murray (or at least a parody account of him on twitter)

Everyone remembers that scene from Step Brothers right? The one where they bond over their favourite type of dinosaur, favourite non-pornographic magazine and love of John Stamos and they subsequently become best friends? YUP! Hilarious, but also kind of exactly how friendship works, you meet someone and you dig their company because usually they like some of the same things you do and the rest is history.

Toronto boasts a lot of different types of personalities and with that comes a lot of different types of friendships. We have certain friends for certain activities, you have the go-to friend you're going to call up if your favourite band is coming to town or the friend you're going to call for moral support when you know you shouldn't devour that bag of oreos after you just came back from the gym.

Click here for 13 Types Of Toronto Friends You All Have >

We all have that Toronto friend who wakes up super early to jog and we wonder how the heck they jog down such busy streets when we can't even avoid bumping shoulders with strangers at a snail's pace. They love to do hot yoga or whatever other trendy new exercise is a thing at the moment and follow it up with a Buddha Bowl and Brain Boost Smoothie from Fresh. They're inspiring but also you just want to punch them sometimes, especially when you're about bite into a burger and they give you the look ~ just let me live.

This is Toronto, an entertainment mecca in Canada so everyone knows somebody who knows somebody who is a somebody- aka the Quasi-Celebrity. Whether they are famous on YouTube or guest starred on an episode of Degrassi that one time, they seem super cool to brag about. "Oh yeah, Degrassi? no way! you know that show? My friend was on it!"

Since Toronto has some of most delicious and trendy restaurants the foodie is never far away. They have a long list of all the new spots we need to try on our next night out and you ain't mad about it. The foodie can tell you what they've heard is to die for on any menu in the city and what to stay far away from. They are also the signature "Hold on! Don't bite yet, I gotta Insta!"

Internships are a huge source of debate in Toronto because more than often they are not paid. We all have that one friend who is always "But it's really great experience and will look great on my resume and their probably going to hire me, so whatever" except you said that the last 4 internships and no, getting coffee isn't going to look good on your resume. Get a real job and stop spending your parents money!

Since Toronto is the entertainment hub of Canada, it is not uncommon for our city to be crawling with celebrities at any given time and this friend is always in the know about the who, what, when and where. They will camp out overnight just to catch a glimpse of a Jonas Brother at Much Music or stalk The Hazilton when they know the Biebs is in town, heck they even know Drake's home address. This friend really ups the anti during TIFF every year. They make lists of which celebrities will be walking which red carpets when and can tell you the exact seconds it takes to get from Ryerson Theatre to Roy Thomson Hall. Sometimes its creepy, sometimes you're like 'Hell Yes I want a picture with Zac Efron!'

Toronto is home to some unreal live music and we're lucky enough to be one of the first Canadian cities to get performances from some rad up and coming acts or some of the biggest established performers in music today. Whether it's a relatively unheard of band, a reunion tour of your favourite guiltey pleasure from high school or a blowout performance by Justin Timberlake you know this friend is game and you love them for it.

Jewish friends are kind of the best, they're usually super cultured and well travelled and you know when you go over to their house it's going to be gorgeous and their parents are going to insist upon feeding you, it's win-win. Sometimes you find yourself wondering if there are really that many Jewish holidays.

Theatre schools are not far and few between in this city and there is surely no shortage of talented singers, performers, stand up comics, competitive jugglers etc. Toronto is a city of opportunity so lots of people come here to follow their dreams- fantastic but seriously, when we go to karaoke can you just pretend to be bad? We all know you aren't but its no fun if you can actually sing.

The word hipster is so annoying and overused and has lost all meaning, so instead, meet the progressive individual. They are above the mainstream ideals of others their age, they have really cool Instagram accounts, they can blow your mind with their creativity and our city is full of them!

We all have that one friend who seems to either a) always have a date lined up at any given time on any given night of the week or b)seems to always be in a relationship. Their love for love or for free food is really inspiring and you often find yourself thinking 'Hey why don't I do that?" until you quickly realize you are way too damn lazy and would rather go home and binge watch netflix alone in your sweatpants.

Another thing that our lovely city of dream fulfillment is not lacking is fashion schools. Toronto makes it really hard to be lazy when it comes to fashion and your fashionista friend refuses to be seen with you unless you are in top style shape. Sweatpants are a total freakin' no, in fact, don't even say the word sweat near your fashionista friend, it never ends well.

This friend often doubles as a club promoter and blows up your facebook notifications with invites to the latest Haüs event. You really admire this friend and their hard partying ways because it's really hard to drink so much and still look good in class the next day. This is the friend you call up to help plan your birthday party or when you just need to forget your name. You admire their dedication to the Toronto nightlife.

The free spirit does whatever they want whenever they want. They are sometimes unemployed but in a cute 'I don't need money to be happy, can I borrow 5 bucks?' kind of way. You're not even sure if this person has an actual place to live or if they just couch surf but they seem really happy so who are we to judge?

Looking for more? Click here for 13 Myths About Toronto Women >