14 Celebrities Who Have Repped The Toronto Raptors Hard

From Celine to Snoop and everyone in between! 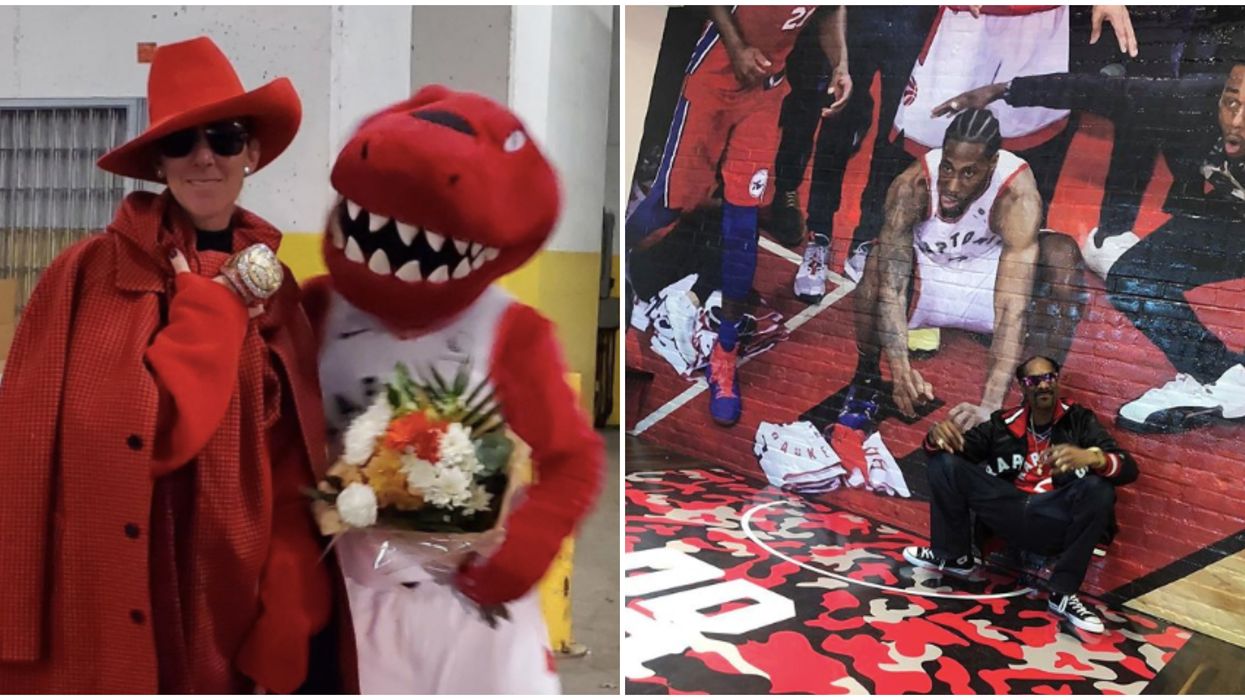 It's surely fair to say almost every Canadian is a Toronto Raptors fan. Both before and after winning their first-ever NBA championship, though, they also have a fair few famous supporters from other parts of the world. In fact, there's a long list of celebrities who have supported the Raptors.

There's no doubt that the championship hype has definitely lingered into this new season.

It won't be stopping just because the NBA season has been suspended for the next 30 days, either. In fact, we're half-expecting Raptors mania to go through the roof while we wait for the action to restart.

And fans even seem to think that the Raptors could be back-to-back champs if there's a full-on cancellation.

The Raptors' status as both the only NBA team in Canada and the 2019 league winners has attracted plenty of supporters in recent times.

Back in the spring of last year, celebs were seen in attendance during Toronto's historic postseason run to the championship win.

While plenty of these famous fans are Canadians and so should not come as a surprise, others seem to have an affinity for the franchise despite coming from south of the border or even other continents!

Oh, and we haven't included Drake. Sorry, not sorry.

American The Handmaid's Tale actress Elisabeth Moss showed up to show her Raptors love during game two versus the Philadelphia 76ers, last April.

It seems like meeting the legendary Ms. Celine Dion is also on the Raptors mascot's bucket list. Who can blame him?

Mendes being a total Raptors fan makes sense, of course. After all, he was born and raised in Ontario.

Back in 1999, Jay-Z was embarking on the massive "Hard Knock Life" tour with fellow rappers Method Man, Redman, and DMX. And on an iconic night at the ACC, he wore the Raps' OG purple away jersey to perform.

One of the world's most famous women, Oprah Winfrey, was gifted a Raptors jersey ahead of her Toronto show before it got cancelled due to the NBA Finals. She was also seen wearing a Raptors jacket days after, according to CTV.

Canada's favourite tennis teen isn't afraid to rep it for the country's other sports stars. Gotta get that ring, after all.

Amazing win tonight @raptors fans!! You guys definitely brought the noise!! And @OfficialSting was in the building… https://t.co/LT3paEM6vh
— The Raptor (@The Raptor)1549946380.0

The Police vocalist knows how to rock, so he definitely knows what he's talking about when he calls Raptors fans loud.

The Honolulu-born MMA champ probably already had a hunch that the Raptors would win. After all, a champion knows one when he sees one.

Although he's from Pittsburgh, Wiz Khalifa didn't let that stop him from repping one of the Raptors' old-school jerseys. Good to see Wiz ditching the "Black and Yellow" for some purple and white.

Samuel L. Jackson may have been born in Washington, D.C., but he's a self-confessed Raptors fan, which must bump up the franchise's "coolness" rating by a few marks. Bonus points go to the fans who can find the moment Jackson's character's reps the Raptors in the film Jackie Brown.

Just two Toronto gals out on the town. Lilly Singh and Ayesha Curry shared this cute snap together at a Raptors game. Steph may have spent his whole NBA career in Golden State, but we know Ayesha's a Raps rooter at heart.

Another L.A. native, Snoop Dogg has repped Canadian teams on numerous occasions in the past. Here he is showing that support by repping a jersey and taking a pic with the infamous "The Shot" mural.