Canada in all its glory. 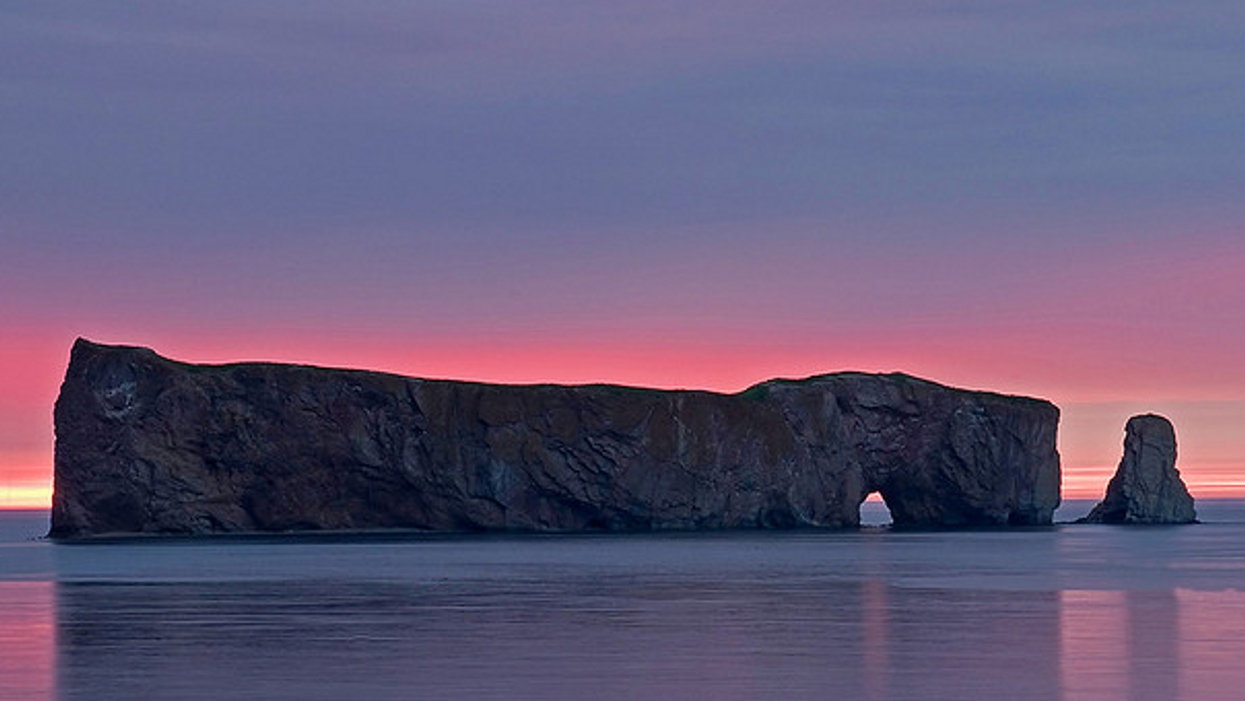 Every country has its own characteristic features that make it recognizable to the masses, whether its an iconic building or an awe-inspiring landform. Most people who aren't from Canada are probably familiar with the Canadian "basics" - the CN Tower, Niagara Falls; even Parliament Hill and the Rideau Canal. And while such locations are must-sees for first-time visitors, there are so many other amazing landmarks in Canada that are too easily overlooked.

If you ever decide to go on a cross-Canada trip, keep these 15 natural and man-made Canadian landmarks in mind. They are listed in no particular order:

The Butchart Gardens has some of the most breathtaking floral and landscaping displays in North America. It attracts almost a million visitors every year and includes various venues for dining and other fun activities.

Granville was actually the original name for the area that is now known as Vancouver. Granville Island is an extensive shopping district that features a public market, a marina, quaint hotels and more.

Head-Smashed-In Buffalo Jump is a historic site for Blackfoot Nations culture, who used the cliff to drive Buffalo off of it and kill them. The cliff offers some amazing views of the Albertan plains.

The Calgary Stampede is one of the largest (and richest) rodeos in the world. The annual June festival attracts over a million people ever year, including country superstars such as Jason Aldean, Keith Urban and Reba.

Castle Butte is a remnant landform of the ice age, spanning 0.5 km in circumference and standing 60-m tall. It was a landmark to the First Nations people in Saskatchewan and remains as one of Canada's most beautiful landforms.

The Forks was a meeting place for First Nations peoples for over 6000 years. Today, it has become a social hub for Winnipeg residents; boasting a public market, park, theatres and museums (particularly the Canadian Museum for Human Rights, photographed above as the glass building).

St. Lawrence Market was ranked the #1 best food market in the world by National Geographic. The Market is a complex of three buildings and sells a variety of farmer's products and antiques.

Percé Rock is a rock formation in the Gulf of Saint Lawrence in Quebec. Legend has it that the rock is pierced by an all-seeing eye which changes colour based on the moods of the sea.

Le Château Frontenac is one of the most photographed hotels in the world and is plainly visible in the Quebec City skyline. It used to be the home of various British colonial governors of Lower Canada and Quebec.

The Hopewell Rocks were formed due to tidal erosion in the Bay of Fundy near Moncton, New Brunswick. It is a popular place for wedding photos and family trips.

Pier 21 is the last standing seaport immigration facility in Canada. The Pier is now home to the Canadian Museum of Immigration, which hosts a variety of cool programs and exhibits.

Peggy's Cove is most known for its iconic lighthouse and its local fishing community. Various legends claim that the founder of the cove was the sole survivor of a shipwreck who installed the lighthouse to prevent future catastrophes.

Cabot Tower was built in honour of John Cabot, who founded Newfoundland. The first trans-Atlantic Morse code message (which was sent from Cornwall, UK) was received at Cabot Tower.

Top of the World Highway has existed since 1955. It is only open in the summer months since it is dangerous to travel on in the winter, but its spectacular views are worth paying it a visit.

Baffin Island is the fifth largest island in the world. You're going to need a really warm Arctic jacket if you plan on visiting it, but the scenery and cozy communities are all worth it.