15 Haunted Houses, Ghost Towns, and Abandoned Places You Can Visit In Ontario

Do you dare to explore? 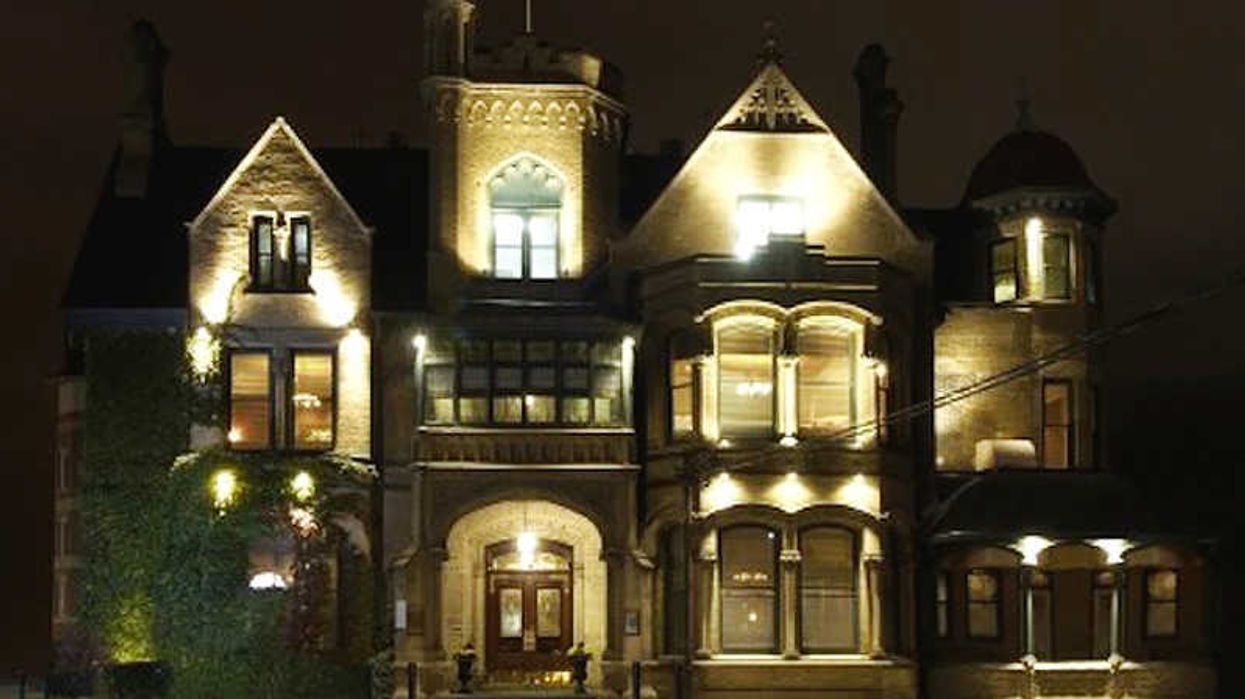 In Ontario, everyday is Halloween. That's because the province is brimming with creepy spots and haunted locations; all of which are products of its unusually dark history. As a hot bed for the eerie and the paranormal, courageous adventurers would definitely enjoy exploring Ontario's spooky sights.

READ ALSO: 8 Summer Adventures To Go On With Your Boyfriend In Ontario

If you're one of those brave individuals, you're going to want to check out these 15 haunted houses, ghost towns and abandoned places in Ontario:

The Germania Schoolhouse is an old building from the pioneer-era of the 1800s. It is part of an abandoned ghost town that had a dark reputation for infanticide and family tragedies. It is said to be haunted by the spirits of children who used to go there

The Keg Mansion is a restaurant that was once the residence of the famous Massey family. It was the site of a highly publicized incident involving the suicide of a housemaid who took her own life by hanging herself in the main foyer of the house. The restaurant is said to be haunted by the housemaid's ghost today.

The Mackenzie House is the former residence of Toronto's first mayor, William Lyon Mackenzie. Said to be the most haunted place in Toronto, the mayor's ghost as well as other paranormal entities are said to still live in the home and they have been spotted on multiple occasions.

The Rossmore House is a mysterious estate that once belonged to a family of three. Its history is largely unknown, however locals believe it is haunted as strange sightings of ghosts standing in front of the house's windows have been reported.

Whitehern Mansion was once occupied by the McQuestons, who experienced a shocking misfortune during their stay. Isaac, the family's first born son, committed suicide, and his ghost is believed to be the cause of paranormal incidences like sudden banging noises and self-playing pianos.

Allan Mills was once a thriving milling community west of Perth. It was established by a man named William Allan, who built the saw and grist mills that kept the town prosperous. Unfortunately, a decline in business in the 1890s led to the town's abandonment.

Balaclava was once a booming lumber town complete with a dam, hotel, blacksmith shop and sawmill. Despite a rapid increase in population after its founding, the town was evacuated as a result of a huge fire that engulfed it in 1939.

Indiana, like Balaclava, also prospered on lumber. But once train systems were built, the town was easily bypassed and the town suffered tremendously. People started to look for work elsewhere, and eventually only a few empty houses, graveyards and a mansion were left behind.

Nicholson was once home to the province's largest producer of railroad ties in the early 1900s. When a mysterious fire burned down the mill in 1933, the town lost money and was eventually abandoned.

Swords was owned by a family with the same name that helped the town prosper with the establishment of several businesses. Overtime, the town was left behind and only a few original buildings stand today.

The Buttermilk Falls Sawmill is situated by the Salmon River in Napanee, making it a hub for the transport of lumber. Aside from the empty mill, there are also flowing dams and trails to explore in the surrounding area.

White Otter Castle is a three-storey, manmade log home from the 1900s. It was built by a man named James Alexander McOuat as a dowry for the woman he was going to marry. Sadly, McOuat died in a fishing incident before he could present the house to his future wife.

The Holmes Foundry was a manufacturing facility build by John S. Blunt in 1918. Before its abandonment, the site was a main producer of engine casting blocks and brake linings.

The Merritton Tunnel is one of the most haunted places in Canada. Several workers died during its construction, and many believe the tunnel is haunted by their ghosts. Some paranormal activities that have been reported include the sighting of blue mist, echoes of crying children, pushing sensations an unexplained states of nausea.

St. Raphael's Church is now a stone-walled ruin that is open to the public. In 1970, the majority of the church was destroyed by a fire, but the remains were saved and are being maintained until this day.