15 Life-Changing Trips You Must Go On In Canada 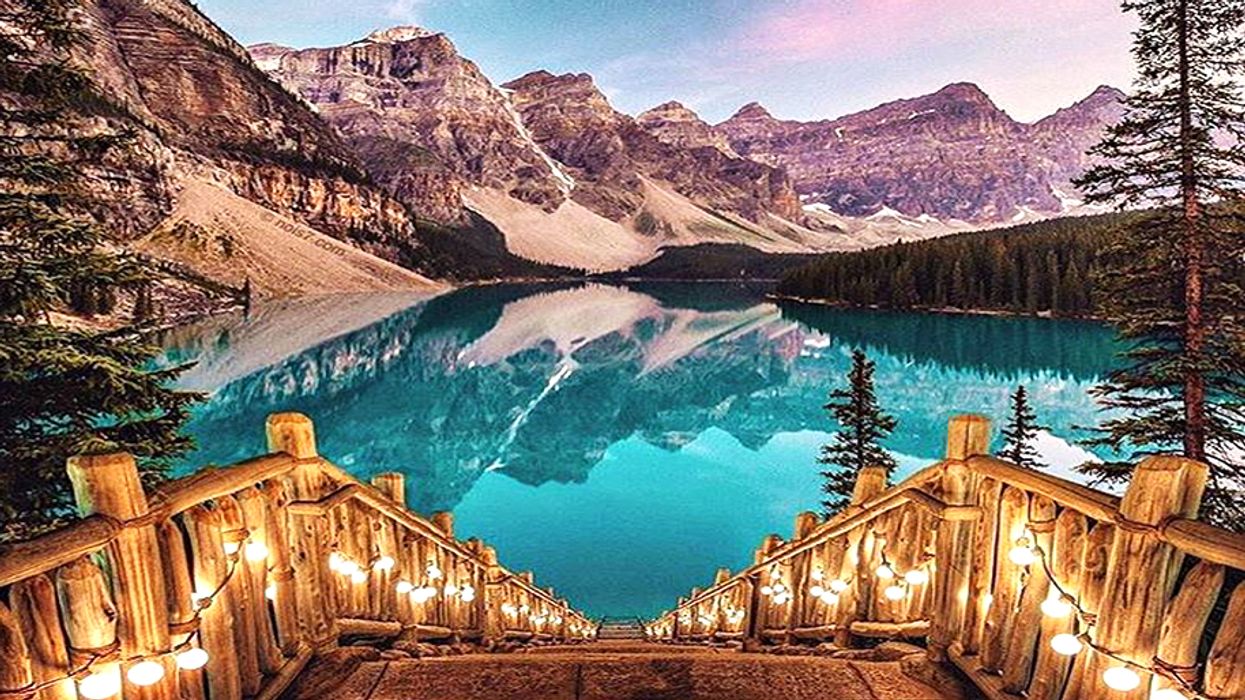 Canada is a great place for new beginnings. Even if you've lived in the country all your life, there are always countless opportunities available for you to change the pace of your life and start anew.

Whether you're looking for some inspiration or a new perspective, these 15 breathtaking places in Canada should do the trick:

The Liard River is a beautiful rush of water that runs through British Columbia near the border to Alaska. Along its length, you'll find the second largest natural hot spring in the country, hidden within a lush boreal spruce forest. Dubbed the "Tropical Valley", this spot is sure to fuel your imagination.

Banff is home to some of the most beautiful natural landscapes in all of Canada. From the pristine lakes to the colossal Rocky Mountains, a backpacking trip through Banff is perfect for those seeking a journey of self-discovery.

The Coteau Hills is an otherworldly spot in Saskatchewan that defies all stereotypes of the province having nothing to offer but boring, flat plains. Spectacular views of the green, rolling hills are sure to incite creative ideas and inspiration.

Churchill is a northerly location in Manitoba that is nothing short of magical. Stunning Arctic beasts like polar bears and beluga whales mixed with the spectacle of the Northern Lights makes this a must-visit destination in Canada.

The Thousand Islands actually consists of 1,800 islands in total, and they are all located within the majestic St. Lawrence River. From beautiful 19th-century gothic buildings to charming communities throughout the islands, there's plenty to discover in this paradise.

Gaspésie, or the Gaspé Peninsula, is located on the southern shore of the St. Lawrence River where the mountains meet the sea. The rich cultural history of the area will inspire you, and take you on a journey through Canada's truly interesting past.

Québec City is the only city in North America that is completely fortified with walls. In this UNESCO World Heritage Site, you'll find everything from charming streets and historical buildings that will make you feel like you've been transported to Europe.

The Bay of Fundy is one of the most wondrous places in Canada, featuring the highest of tides and the rarest of whales on earth. Walking barefoot in the wet soils underneath the iconic Hopewell Rocks should be on everyone's Canadian travel bucket list.

The Cabot Trail is an epic roadway that features some of the most stunning views of Nova Scotia. A scenic road trip on the winding path leads you to several cultural heritage sites, hiking trails and green areas that will surely take your breath away.

Cavendish has a special appeal that simply cannot be satisfied with literary portrayals alone. A beautiful summer destination, Cavendish features everything from splendid beaches and trails to quaint local communities and historical sites.

Iceberg Alley is an area that stretches from the coast of Labrador to the northeast point of Newfoundland. The old school charm of the small towns in the area combined with the glorious sight of icebergs makes for a truly breathtaking experience.

Dawson City is known for its connection to the Klondike Gold Rush of the late 1800s. Far from a barren winter landscape, the city is brimming with national historic sites and treasures that would please any true adventurer.

Nahanni is a national park in the Northwest Territories that protects a portion of the Mackenzie Mountains. From sulphur hot springs, fields of alphine tundra, giant waterfalls and a diversity of wildlife, there's much for a nature lover to discover here.

Baffin Island is the largest island in Canada, spanning over 500,000 square kilometres! Although cold and remote, the island is still an Arctic playground that offers some of the most amazing experiences in the country, including narwhal spotting!