15 Poutines Across Canada That Will Make Your Mouth Water 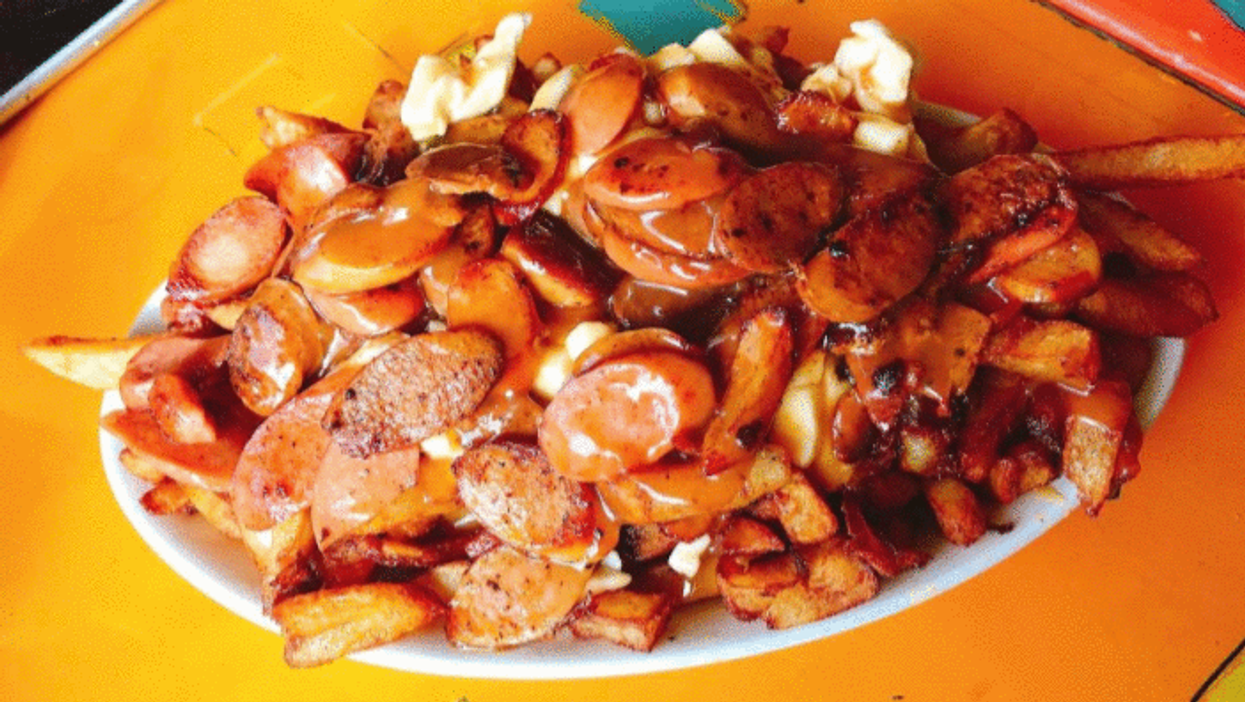 Cheese curds, gravy and french fries. That's all, that's it. A simple and magnificent dish us Canadians call poutine (poo-tin). Not to be mistaken for Vladimir Putin, this greasy, sloppy national dish first came out of Quebec and has since seen its influence spread across the whole country.

While no province does it any better than Quebec, there's no shortage of places across the country that have their own special, delicious take on this dish.

We gathered a list of 15 of our favourite poutines that will make your mouth water. Check to see if your favourite made the list:

Home to over 107 different types of poutine and the largest poutine menu in Canada, this local Peterborough has everything your imagination can come up with. On their whopping 3-page poutine menu you'll find a Big Mac poutine, perogie poutine, a Krabby Patty poutine and many, many more.

These famous poutine logs are decked with many unique flavours, like a Christmas dinner-themed poutine and even a chicken pot pie poutine.

The bacon grilled cheese poutine is only the beginning. The Great Canadian Poutinerie is famous amongst Ottawans for their well-known international poutines, like a Mexican poutine and an Italian poutine that is essentially just spaghetti and poutine mixed together.

These golden fries are served in a white styrofoam cup (the way poutine should always be served). Their "Works Poutine", with chives, sour cream and bacon on top, will be tempting your appetite from the very first bite.

Do not mess with this place. The Sunnyside Up Poutine is the best hangover cure on the west coast and the poutine here is the real deal - the owners are from Quebec.

This 24 hour cult classic in Montreal is no stranger to city locals. La Banquise makes poutine around the clock and is arguably considered the best poutine in Montreal. La Banquise is popular among tourists alike, but has not compromised its quality and is still a local favourite.

Some would claim Elgin Street Diner's poutine to be the most famous in the city and rightfully so. Their mushroom gravy is perfectly thick and rich. It's greasy, unassuming fare - as every good poutine establishment should be.

A small, hidden spot that stays close and faithful to the greasy tradition of poutineries - an open concept kitchen, a tucked away space and a few places to sit. I don't know why, but it's something about how the curds are shaped that just screams genunity.

Bacon mac 'n' cheese poutine is anything but dirty. It's beautiful and a welcome mix of two of my favourite dishes in one.

The name certainly doesn't undermine its rep. This place is a big deal. This penultimate poutinerie in Calgary has the largest poutine in the city, offering so many delicious varieties of our national dish. A few ones worth noting include the Oktoberfest poutine and the Taco Luca poutine.

Another Ottawa favourite, this little orange shack on the city's east end is practically a poutine pilgrimage site for people all over. The picnic benches are always full in the summer and anyone in Ottawa can attest to the high reputation of this place.

You may never have come here sober on a late night in Kingston, but when you're talking about the best poutine in Kingston, most people will nod their head and say, "Bubba's." This no-frills joint serves incredibly affordable Quebec-style poutine (Queen's students know) and even some Greek poutine for that extra zest.

Thick fries don't have to be the rule for poutine. Le Garage hand-cuts their skinny fries and a housemade gravy, making this genuine local poutinerie a favourite in Manitoba's capital.

The classic Canadian dish is merged with tender Portugese chicken, combining two different culture's cuisines into one terrific, unique poutine. And that's what Canada's all about right? Many different things coming together to make something beautiful.