15 Things To Never Say To A Toronto Girl 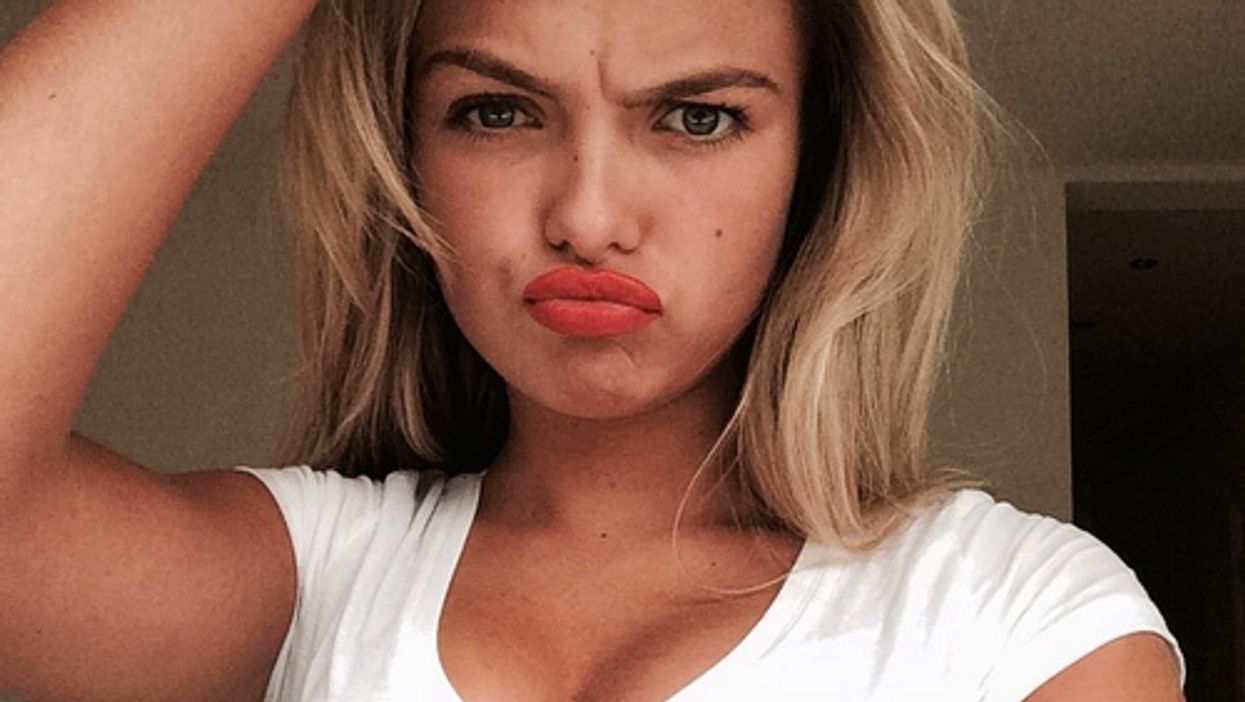 Ladies, we've all been there.

You're minding your own business at the bar while absent-mindedly chatting to some guy you don't know. Or you're on an awkward first date, or heck, it hasn't even gotten that far and you're just swapping messages with your latest match over Tinder.

Then out of nowhere, the guy says something that ends things instantly on the spot.  Don't worry, it's not a lame one-liner or overly used pickup line.  It's just something you should NEVER say to a Toronto girl.

Alright, the second anyone refers to Toronto as the 'Six' end all communication immediately. The only person that is able to refer to our city as a numeral digit is Drake. And lets get serious, Drake can get away with just about anything.

This probably falls as the second most annoying line. First of all, that's not really an occupation girls are impressed with, unless they want to get free drinks and comps from you. And let's face it... you probably promote at Tryst Nightclub and in that case PASS.

Toronto transit is definitely fast and convenient, on the slight chance its actually operating without any delays or track failures. But, for a guy to suggest taking the TTC home after a night of drinks all the way to his place in Scarborough because he doesn't have Uber is a huge red flag.

4.  'Want to check out Toonie Tuesday'

Props to guys that actually have the kahonas to ask a girl out on a date in this city. But when he suggests grabbing drinks at the Fox and Fiddle for Toonie Tuesday, end that convo. You're worth more then a two dollar drink in a bar thats full of drunk bros rockin' head to toe Jays gear.

If your a twenty-something female living in Toronto, then you have definitely met the guy who brags about his non-exisiting DJ career. "Yeah like, I'm a DJ.. I once opened for the opener who opened for Dzeko and Torres at the Hoxten that one time..." Yeah, you and the rest of the wannabes in this city.

This line is becoming so over used by OVO crony wannabes that think that know Drake. But lets face it, no girl wants to go to a party with your friends, where one guy there knows someone who claims they know Drake. IT'S NOT THE SAME THING.

So, you're enjoying how things are going with this new guy. He was even thoughtful enough to suggest taking you to Sweet Jesus post drinks so you can Instagram your drool-worthy ice cream cone. Of course there is a huge line...like common. But it is worth the wait! But he suggests the line is far to long and you should go grab some McFlurries instead.

You've been chatting up to this cute guy you met at Gracies and he has offered to buy the two of you a round of shots and drinks. Then as if on cue, he turns to tell you his debit has declined. If hearing a guys debit declined isn't bad enough, just remember it happened at Gracies.

"So, I’m a photographer. Want me to help you get some modelling pics you can use on Instagram? We can shoot along the Harbour Front or at Sugar Beach?" Just no.

"Wait, I thought your Tinder profile said you lived in Toronto…Why am I running into you in Brampton?" Like we all know, we have all tried Tinder out at some point or another, but for someone to recognize you outside of the city and bring up your profile is just mortifying.

You've only been chatting to this guy for a few moments and he is already dropping the invite to his parent's cottage in Muskoka and bragging about his sick wakeboard boat. The only thing sick in this conversation is how I feel after listening to a guy brag about his parents cottage.

No girl can complain if a guy is being nice enough to grab the tab at dinner. But when he feels the need to further explain why he can afford the tab at Buca, and dropping personal details about his income when you barely know him its enough to end the date.

A Toronto guy claiming he played professional hockey at some point in his life is almost as common as grabbing food at the Thompson Diner after a night out. It just always happens. And for some reason, guys just need to remind girls that they were once kind of a big deal. But lets face it, any guy that needs to remind you he used to play for the Marlies or he played one shift for the Leafs, is clearly as skilled as his non-existent hockey career.

And this clever attempt to get a girl to hangout with a guy and his friends might be the most frustrating to a girl yet. You don't need to entice a girl with free watered down vodka.