16 Things To Give Thanks For In Toronto

Giving thanks in the 6. 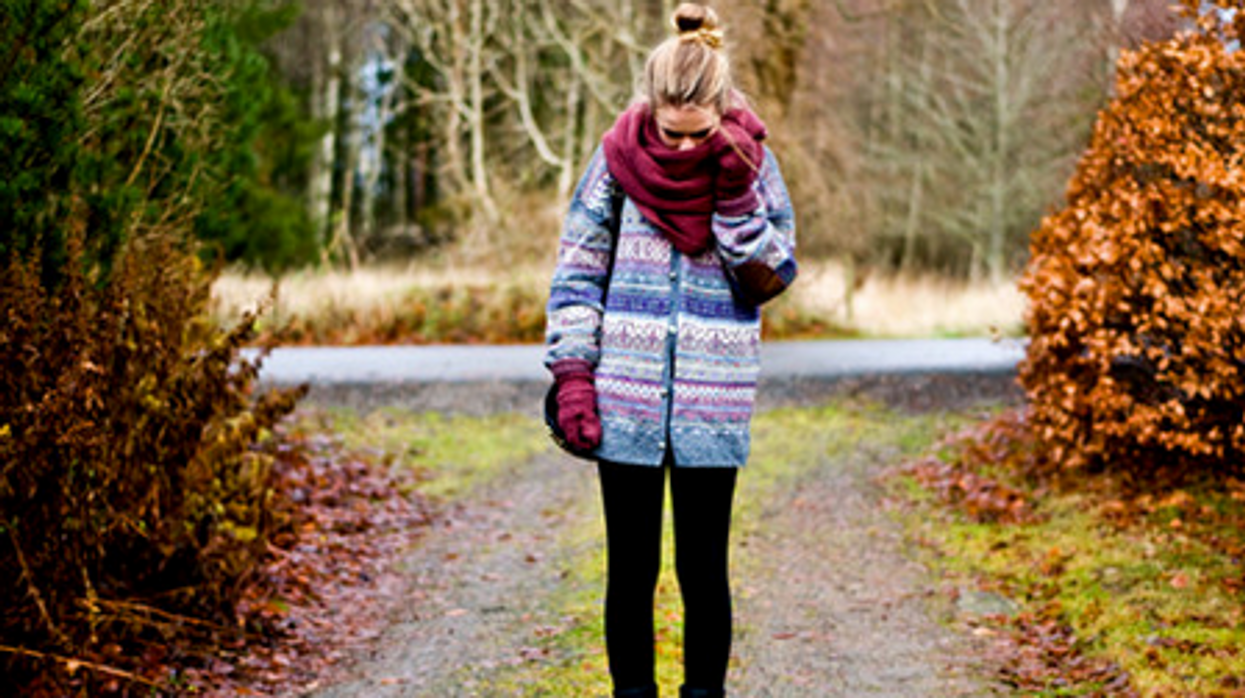 This Monday is Canadian Thanksgiving. While maybe not as important a day to us as our neighbours to the south, it's still good to have a day to be mindful of the all things in our lives for which we are thankful. And also to stuff our faces full of food and tolerate mildly annoying relatives.

But here in Toronto, we may have more thanks to give than the rest of our fellow Canadians. Not to humblebrag, but things are pretty great here in the 6. So here's a list of all the things for which we privileged Torontonians should be thankful.

Our (now) beloved Blue Jays have made the MLB playoffs for the first since 1993, when they won the World Series. As thankful as we are they've made it to the post-season at all, many fans will be hoping they can recreate the magic of their last playoff run.

Lost in the BJs-mania that has taken over the city is our long-suffering footy team down by the lake. TFC are set to make the playoffs for the first time ever in their less-than-illustrious brief history. While we're thankful for The Reds' success, we might not feel so thankful attending home games during a deep playoff run, which leads us to...

3. The unseasonably high temperatures forecasted for this month.

Maybe attending a playoff match at BMO Field in late October might not be as painful a proposition as it initially seemed. Maybe the Dome can stay open for some Jays games. Why? Because October is set to be surprisingly warm. Furthermore, a significant El Niño effect is leading many meteorologists to predict a mild autumn and winter for our area, a much needed respite from the apocalyptic frozen hellscapes that were the past two winters.

Is there anybody better than Drizzy right now? Drake has been killing it this year. From the sudden release of If You're Reading This It's Too Late, to his recent collaboration with Future on What a Time to be Alive, to the great diss tracks Aubrey dropped in his rivalry with...umm...what was his name again? Wind Mill? Meek Mouse? Whatever, he's garbage, Drake is awesome, and we are forever thankful for our 6 God.

No really, we are. That's not just arrogance, that's according to the Economist Intelligence Unit which, this past January, declared Toronto the best place to live (in your face, Frankfurt). As much as we like to complain about the TTC, the Gardiner, the snow --and understandably so-- we must recognise, we do have it pretty good here in the 6.

6. The soon-to-be availability of beer in grocery stores.

Our days of rushing off to the LCBO or Beer Store seven minutes before it closes (really? at eight??) are numbered. Soon, Ontarians will have the option of purchasing beer at grocery stores. The locations are scheduled to be named in December. Until then, make sure you have a few bottles on hand for any impromptu party that might spring up.

Recent developments have made it a lot more affordable for Torontonians to visit Europe in the near future. WOW Air will offer $99 one-way flights to Iceland come May and at the same time, WestJet will offer to fly you to London for under $300. You know that Euro trip you've always wanted to take? Start planning.

8. The Election will soon be over.

Perhaps you're one of the few political junkies in this city. If so, right now you're happier than a pig in you-know-what. For everybody else, the pain of this long and often cynical and divisive election will end soon, on October 19th. You should probably vote, though. Wanna figure out who to choose? Click here.

9. The Weeknd and his new album

One of the few musical stars who can rival the brightness of Drake is fellow Torontonian, The Weeknd. Last month's album Beauty Behind the Madness was a massive hit with fans and critics alike and who knows how he can top himself next time.

Yeah, you love them. Just like everybody else. Admit it and enjoy one.

This month, Toronto is host to a litany of stars of yore. Get your tickets and rock out to some your favourite bands and artists from yesteryear.

Councillor Norm Kelly has been a revelation this year. From his brilliant Twitter game that has come out of nowhere to his defence of and now friendship with Drake (he was even at OVO Fest) Norm has been reveling in the spotlight. If you're not following @Norm --yes, he somehow snagged that handle-- do yourself a favour and check out the 6's best supplier of dad jokes.

There's a whole slew of free stuff to do this month. From nature walks in Rouge Park to a Light Saber Battle, there's lots to do. So, check 'em out. You're bound to get your money's worth, right?

Many years, Halloween falls on an awkward day, in the middle of the week. In order to properly celebrate, you have to go out and dress up on the weekend, up to five days in advance of the actual day of Halloween. Not this year. This year, the 31st is a Saturday, the perfect day for scary movies, sweet candy, and costumed debauchery.

15. The TSO Does Back to the Future

2015 is the 30th year anniversary of the classic film Back to the Future. It is also the year to which they travel in Back to the Future II. To commemorate this momentous anniversary, the Toronto Symphony Orchestra will be playing the soundtrack along a screening of the original film.

16. The fact that Toronto is the centre of the universe.

And it always will be.