Congratulations, You Grew Up In Toronto. 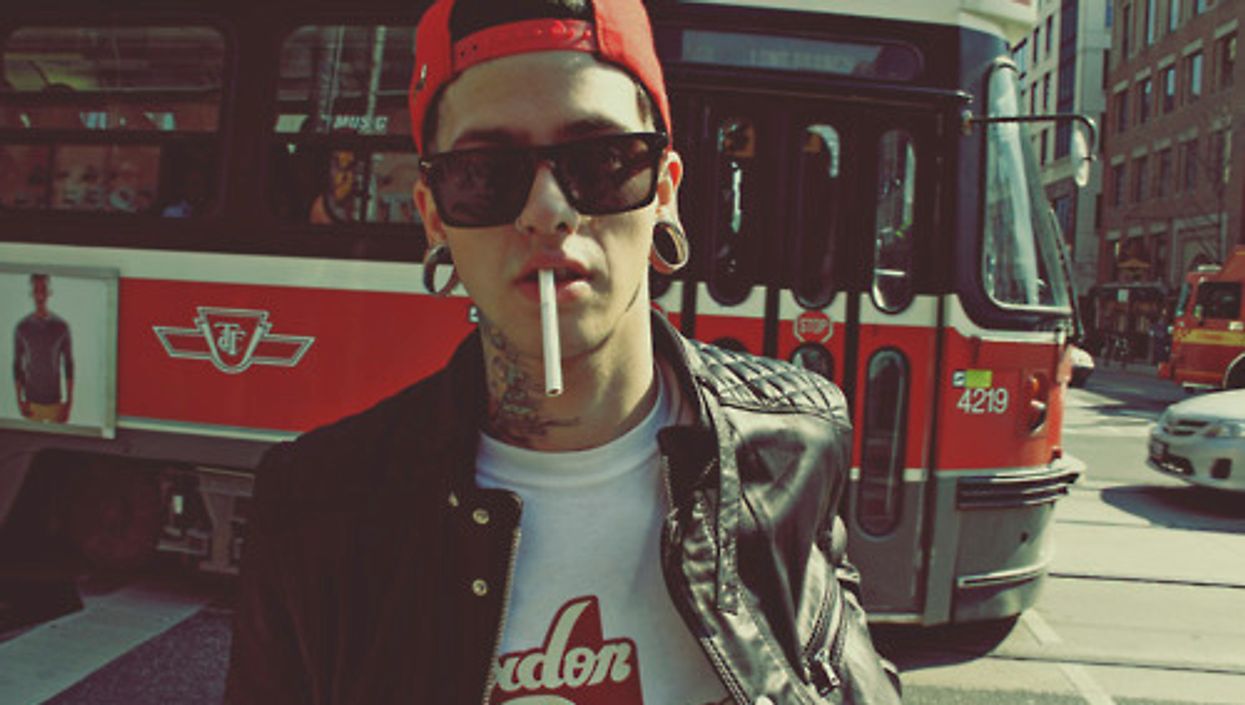 If you're thinking of the classic urban dictionary definition of a Hood-Rat-- scratch it. In this case, a Toronto Hood Rat is defined as someone who basically eats, sleeps, and breathes Toronto. From a young age, you’ve been bred in all ways Tdot and have experienced nothing less than what comes with that reputation.

Hood-Rats from Toronto secretly love it. There’s nothing better than associating with the city you come from, and when it’s a city as dope as Toronto you can’t help but bond over the classic stereotypes that come with it.

1. You use the terms: fam, chill, woes or anything else that might allude that you’re more hood than you actually are.

Still not sure where trends like this originate, especially because they're clearly just abbreviations of actual words. Somehow though, they continue to run through the streets of the Toronto slang scene.

2. A classic night out entails hitting up a club you paid $20 to get into, then ending up at El Furny for some munchies.

Cube, Maison, Cake... doesn't really matter because you or someone in your crew is probably on guest list. Of course, nothing ends a good night like some drunk munchies at one of the classic (yet affordable) fast food spots.

3. You feel the need to either go ham or completely hate whenever Drake is featured in any kind of song, merch, or conversation.

They're cute, fun, and show perfect team spirit. Nowadays, however, it's fairly difficult *cough cough not difficult at all* to spot out the die-hard fans from the extreme bandwagoners.

5. You or someone you know has worked at the Eaton’s Centre for a minimum of 2 years at any given time in their life.

It's like a right of adolescent passage. Bonding over 15 min lunches spent in the McDonald's line and crazy Mom's whose sole purpose in life is to extreme coupon. You probably even got to ambassador status by the end of your career at said retail location.

6. The almost highlight of your day was being complimented by a stranger… who then turned out to be from the squad of Toronto Pick-Up Artists.

They get you when you least expect it. Next thing you know you chillin' in the Eaton Centre turns into you frantically texting a friend to call you because you're getting hit with more lines than from your latest tinder match.

7. The “Believe in the Lord” guy on the corner of Yonge and Dundas doesn’t even phase you and has actually prepared you for all cheap scares you’ve encountered in life.

You know the exact spot he'll be at because you used to try to tip toe in your jawdinz past him. You also know that no matter how many times your try to prep yourself, the shrill scream of "Believe in the Lord" will make you jump. Every. Single. Time.

8. You’re never affected by the weather when you’re downtown because the PATH is practically the hidden city of Atlantis.

Somehow, and you still don't fully understand how, you managed to cut from the mall to Union station while keeping incognito under the streets of the financial district. This Chamber of Secrets comes in mad handy when it's -23 in those harsh Toronto winters.

9. You get mad offended when someone from the GTA tries to play off that they’re from Toronto.

Mississauga? Ajax? Barrie? ...If the word Toronto isn't in your city. It's not Toronto. Also, no. Toronto Premium Outlets doesn't count either.

10. You understand the types of people in every neighborhood, and how to act and dress accordingly.

If you think I'm "Runnin' through the 6" wearing sweats and a tank top in Yorkville, I'm laughing.

11. Your encounters with magicians, superheroes, and rights activists are all quenched by one quick walk down Yonge Street.

The character of the people in downtown Toronto really make it what it is. Leave it to the amateur magic tricks or the men reppin' Islam or Black History month, mixed in with a dude in a Spider Man costume and you've basically gotten a run down of a typical stroll past Dundas Square.

12. When you’re asked how it’s like outside in Toronto and you naturally think: Construction.

Everyone who lives in Toronto (especially those who drive on the regular) know the struggle it is to get through its unfinished streets. Like, we swear Eglinton's been under construction since your first year in High School and good luck finding your GTA friends in the bowls of Union station.

13. You probably have a friend who tried (or is trying) to become a DJ.

You know the trailer for 'We Are Your Friends'? That's probably what they think an accurate representation of their life consists of.

14. As gross as it is to admit, the food trucks of Toronto beat just about any meal you'll ever cook on your own.

Nothing like good ole' street meat. Something about the Polish Sausages at just about every hot dog stand down Queen, and the poutine served in the food trucks parked by Nathan Phillips... gets you going every single time.

15. You know that Danforth is not only the perfect location for some yummy gyros, but your go- to location for the green.

#TheMoreYouKnow. There's something that's just so intriguing about one of the only legal medicinal marijuana joints in the city.

16. You knew the stereotypes for just about every High School in the city.

Public, Private, Catholic... they all had their niches.' We've all heard the standard "St. Joes Hoes" chirps and the Rich Kids who came from the Ivy Leagues. Truth is, most of the time those chirps weren't even an accurate representation of the people who went there.

If you've ever been on the TTC you know you have absolutely no personal space. Naturally, you've probably been exposed to all the cold's, flu's, diseases, people dogs, sick toddlers etc. that you could possibly encounter in such a jam packed city. Thankfully, the one benefit is that this exposure made you more immune to face the world.