18 Reasons Why UofT Is Better Than Ryerson

UofT: hate to love it. 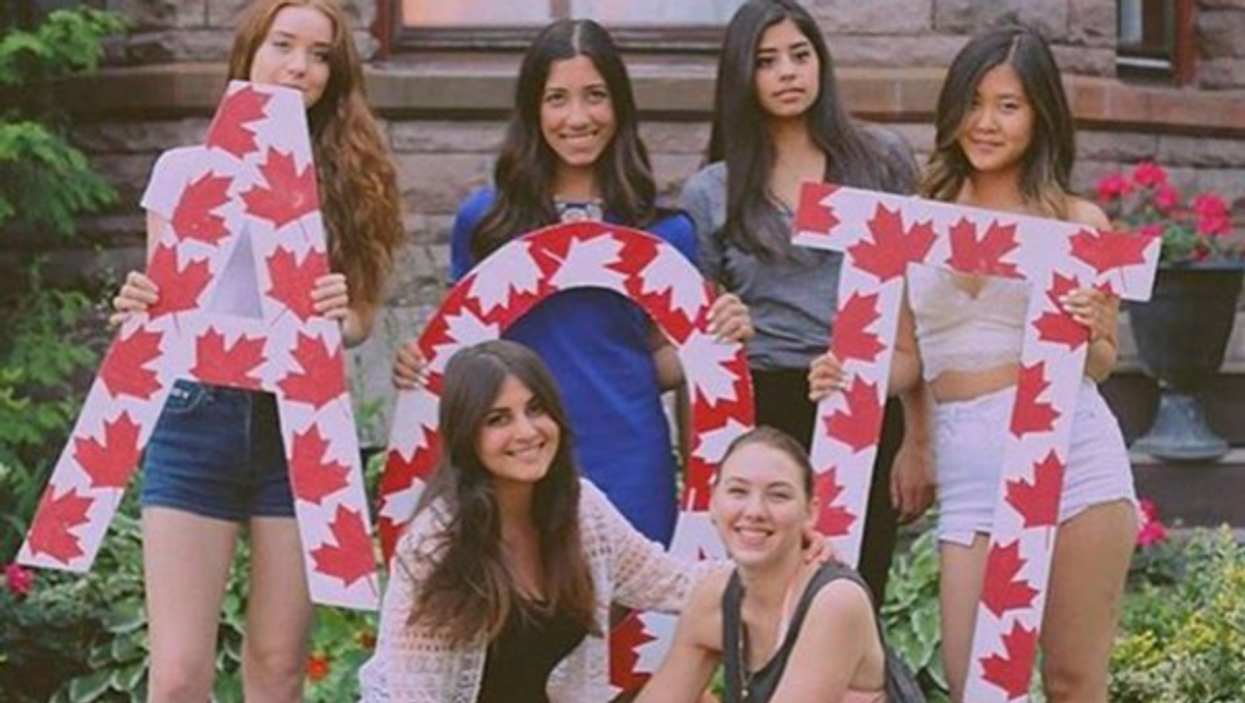 Not only is The University of Toronto ranked the best university in all of Canada, but it's also ranked 16th in the world by Times Higher Education’s World Reputation Rankings. But what else makes UofT better than Ryerson and truly the best university overall? Hold on tight, this is going to be a long list.

1. There are over 200 diverse official student-run clubs.

From Kendo Club to Debate Club and the Quidditch Club, there's an extremely diverse selection of clubs to choose from for everyone at UofT. Not to mention, if for some strange reason your niche doesn't exist, you can make your own group.

To be fair, Ryerson does have its own fair number of clubs and groups too, but definitely not even on paar with that of UofT.

2. UofT graduates ranked 1st in Canada and 14th in the world for their Global Employability in a survey of international employers.

Even though UofT is known for having some of the most hardcore course requirements throughout all its programs (it's not nicknamed UofTears for nothing), if you can make it through, your future will be well-worth your present toil and troubles.

4. UofT is the 24th best place in the world to earn an Engineering degree.

5. Only 4 Canadian universities were placed in the top 100 internationally, and UofT topped them all, coming in at 16th.

The other three Canadian universities being UBC, Montreal U, and McGill in the QS 2014 rankings.

6. UofT is an integral part of Toronto's and Canada's history.

Established in 1827 as the first institution of higher learning in the colony of Upper Canada, the University of Toronto has been around through nearly 200 years to make some of the biggest impacts in Canadian and international history (from the discovery of insulin in 1921 to John McCrae's In Flander's Fields) while Ryerson was only founded later in 1948.

Even if you don't know what you want to study right now, you can always switch during your later years of studies if you have a change of heart.

8. UofT has international students from over 160 countries and regions.

A huge contributor to Canada's reputation as a multicultural country, 17% of UofT's undergraduate body is comprised of international students.

Most of these aren't even options at Ryerson.

If you love this university so much (it doesn't take so long to grow attached to such a beautiful campus, especially after 4 years of undergrad), you will most likely find your graduate pathway offered here and can stay longer.

Even though final exams and papers put a great deal of stress on UofT students, it's in good preparation from the real world: from dealing with taxes on your own to maybe someday even having children, the tears UofT elicits will fade into vague memories. (Probably.)

12. UofT created 59 new companies based on research and technologies in the past 3 years.

... which is more than any other institution created in North America. Let alone Ryerson.

Even though places like Robart's can get pretty crowded during exam season, remember there are plenty of other (though undoubtedly smaller) places to study in and around campus.

Ryerson only has one library, and guess what it's called? The Ryerson Library.

14. The University of Toronto has educated four Prime Ministers of Canada.

Who knows? Maybe you could be the next prime minister. UofT has educated William Lyon Mackenzie King, Lester B. Pearson, Paul Martin, and Stephen Harper. UofT: 4, Ryerson: 0.

From the Nobel Peace Prize to various Nobel Prizes in Medicine, Physics, and Chemistry, UofT seems to have been racking up awards and honours since the moment of its establishment.

Even though our profs at UofT do say some silly things, they're generally just joking around and mean no harm in what they say.

If you're familiar with the name "James Norrie," it may be because you've watched this Ryerson prof mouth off to the cast of Dragons' Den after a successful pitch. And if you haven't heard of him, it's probably because he was later banned from campus and sued the university.

17. Our residences are pretty much straight out of Harry Potter.

RyeHigh, are yours? Didn't think so. Muggles.

If you've heard that the food is much better in the Scarborough campus, or maybe if you didn't like the professors at the Mississauga campus - for whatever reason, you can transfer between Scarborough, Mississauga, and St. George campuses quite easily and find your niche.

If you choose Ryerson, you're stuck at Ryerson.