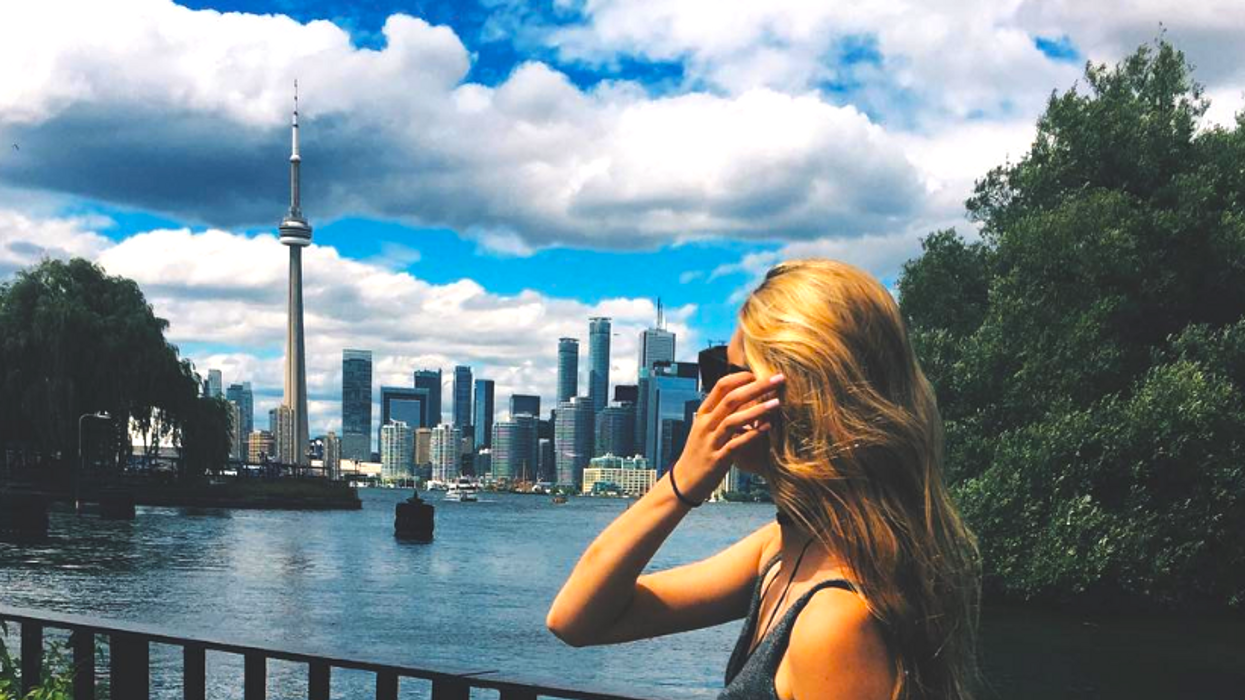 So you're transitioning from Tractor-ville to Toronto and you're probably noticing that your new surroundings are starting to play a role in you as an individual.

Once a simpleton, now a city girl (or boy), here are some of the things that you'll start to notice changing about you as you acclimate to your awesome new surroundings in the 6-ix:

1. Your friends will actually want to visit you.

Now that there's more than a gas station and Kelsey's in your 10 mile radius, you'll be hosting weekly slumber parties for your friends who wanna live it up in the 6ix with you.

2. You'll finally have a wider pool of dating prospects.

Because back in your hometown the only cute single guys left are your best friend's brother and your sister's ex.

3. You'll avoid Yonge and Dundas square at all costs.

...and all other tourist locations for that matter. They're just annoying crowds to push past after awhile.

4. Your love for Urban Outfitters will develop into a love of vintage.

Back when you had to travel for couture, your Urban Outfitters pieces were a chic rarity. But now that you're in a city where everything is available to everyone you'll only be excited by one-of-a-kind finds.

5. You'll give up on driving altogether.

The TTC can be terrible, but next to the stress of parking and traffic, it's definitely the lesser of two evils.

6. You'll be absorbed by and become obsessed with the Brunch lifestyle.

Maybe it's because of the abundant brunching options, or maybe its because we cannot any longer separate the compounded meals as independent events anymore.

Cities have a way of changing even the friendliest of folks.

8. You won't run into someone you know every time you leave the house.

Because the population of Toronto is something like 10x the size of your hometown.

Why go to Moxies or The Keg when you can go to a one-of-a-kind restaurant featuring dishes curated by a celebrity chef? (We have those).

10. You'll be armed against burglary.

Because unlike in your hometown, you can't afford to have faith in humanity when you put your phone down at a bar for a second.

It's hard not to. He's basically the mascot of your new home, and a pretty damn cool one at that.

If you haven't taken an ice cream tour around Toronto yet, you can start with this list.

13. You'll spend 20 bucks on a cocktail if it means being on a rooftop patio.

You will spend whatever it takes to bask in the Toronto heat and stare out at the city #views.

14. You'll have to refine your definition of "silence".

Basically, tuning out the everlasting sounds of construction on every block.

15. You'll become too good at ignoring anyone who wants you to care about their cause.

It takes a true Torontonian to blast by pamphlet distributers without batting an eye. #7 helps, too.

16. You'll always have a fun or interesting event to go to.

No more waiting for the annual town Rib Fest, Toronto has countless events that are twice as fun and much more interesting going on every single day.

17. You'll actually get something out of dating apps.

Goes hand in hand with #2. In your hometown you already knew every single person within a prospective perimeter, but in Toronto, the selection will blow your mind, and there's actually a point to having Tinder.

They're either a massive convenience or massive inconvenience, and the answer lies in whether or not you have a car. But bikes will definitely have some sort of a role in your life once you move to Toronto.