York Regional Police are looking for suspects who actually stole kegs of beer from a restaurant. 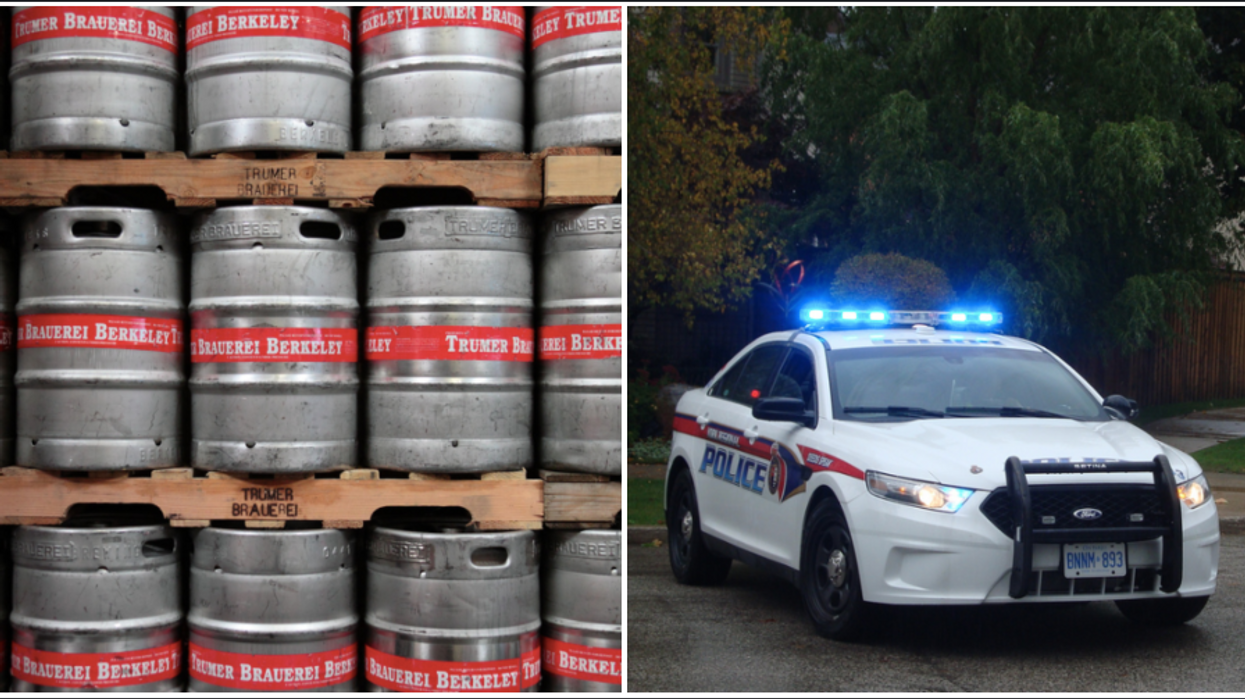 We’ve heard of some pretty crazy robberies in the past, and today is no different. York Regional Police announced today that they are on the lookout for two suspects who were reported to be seen stealing kegs of beer from a local restaurant. York Police are labeling it the “Beer Keg Theft” and are asking for the public’s help to find these culprits.

Just before 4 PM today, York Regional Police released a tweet stating that officers were responding to a restaurant in the area of Highway 7 and Highway 401 on York Blvd for a theft in progress. The target of the theft was kegs of beers that the suspects placed into the back of their 4-door blue Honda Civic before fleeing the area.

The suspects were described as two males who were seen leaving the area of Highway 7 and East Beaver Creek. Both males were seen wearing winter coats and one of them was seen wearing a winter toque.

READ ALSO: This Random But Adorable Pig Was Just Rescued After Getting Lost On A Toronto Highway

This isn’t the first outrageous crime that the York Regional Police have reported. Just last week, they were asking for the public’s help in identifying two suspects who robbed and pushed a 74-year old woman to the ground.

BEER KEG THEFT - Officers responding to a restaurant on York Blvd, in the area of Hwy 7 / Hwy 404 for a report of a theft in progress. Suspect stealing kegs of beer. 4-door blue Honda Civic seen fleeing the area.

On January 11, the elderly woman was walking down the street when two suspects approached in her a car and asked her for directions to the hospital. When she approached the car to help, the suspects stole her jewelry before pushing her to the ground and fleeing the scene.

This summer, the York Regional Police also released footage of a young man who was allegedly responsible for a knife attack on a 51-year old man in Aurora. The suspect pointed the knife at the suspect through a car window and demanded cash when the victim refused to cooperate the young man attacked.