It's the most Canadian fight ever. 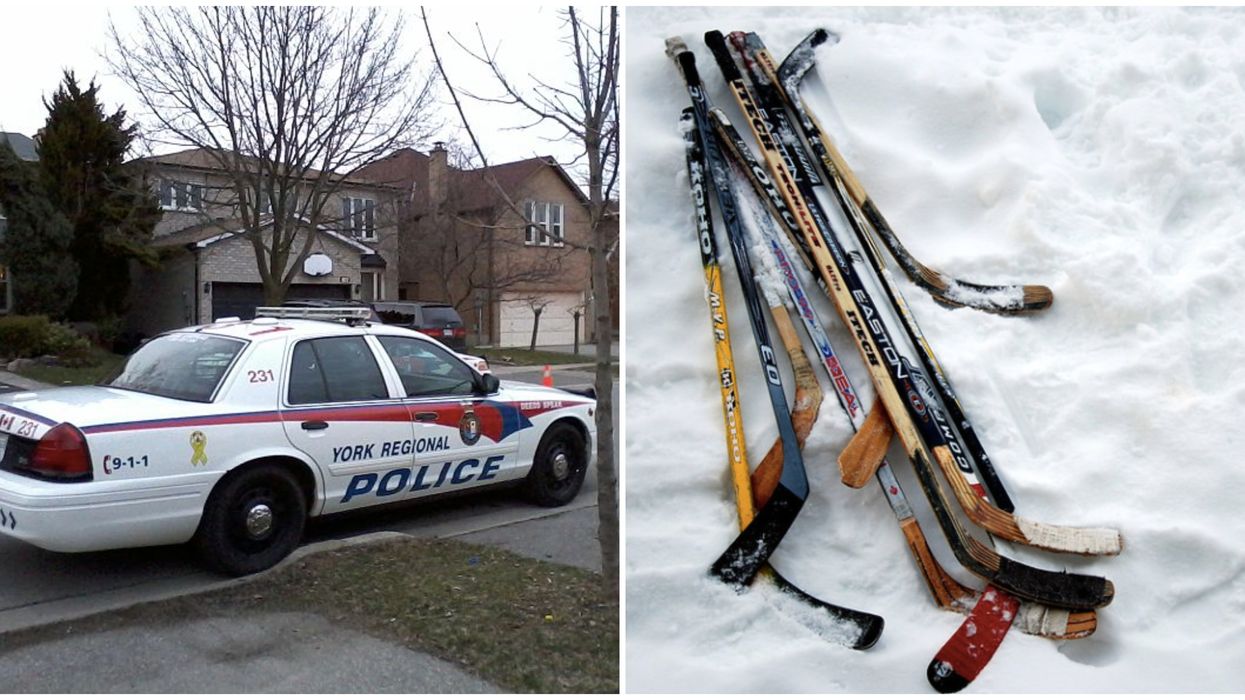 If you have ever wondered what the most Canadian way to get into a fight with someone is, I can assure you that it almost certainly is a Toronto hockey stick fight. Two men are in the hospital Friday morning after getting into a heated altercation in Richmond Hill, near the area of Crosby Ave. and Newkirk Rd.

It is unclear what started the argument between the two scrappers. However, whatever it was, it was bad enough to cause both men to start chipping away at each other with hockey sticks.

According to York Regional Police, both brawlers are currently on their way to the hospital with non-life-threatening injuries following their hockey stick duel.

Still, only one of them is under arrest. Also, the word is still out on whether he will be given jail time or have to sit in the penalty box for high sticking.

“We responded to a call shortly after 8 a.m. out front of a residence in the area of Crosby/Newkirk, Richmond Hill, for a report of two men fighting with hockey sticks. Our officers arrived and located the two men, both suffering from non-life-threatening injuries." Sgt. Andy Pattenden of York Regional Police told Narcity.

"One of the men was placed under arrest, and both were transported to the hospital. The investigation is ongoing.”

Of course, Torontonians couldn't resist the temptation to chime in on Twitter, with most remarking on how fighting with hockey sticks, might be the most Canadian thing to happen.

“You're going to wait for them to go to the ground before breaking it up?” wrote one user.

“This is the most Canadian shit I’ve ever heard in my life,” added another.

Sadly, incidents of people brawling in the streets aren’t entirely uncommon, although most of them don’t involve hockey equipment.

A video shared to Facebook back in August showcased exactly how wild Toronto streets can get.

The clip showed two Canadian men fighting in the middle of traffic.