Even Warriors have bad days. 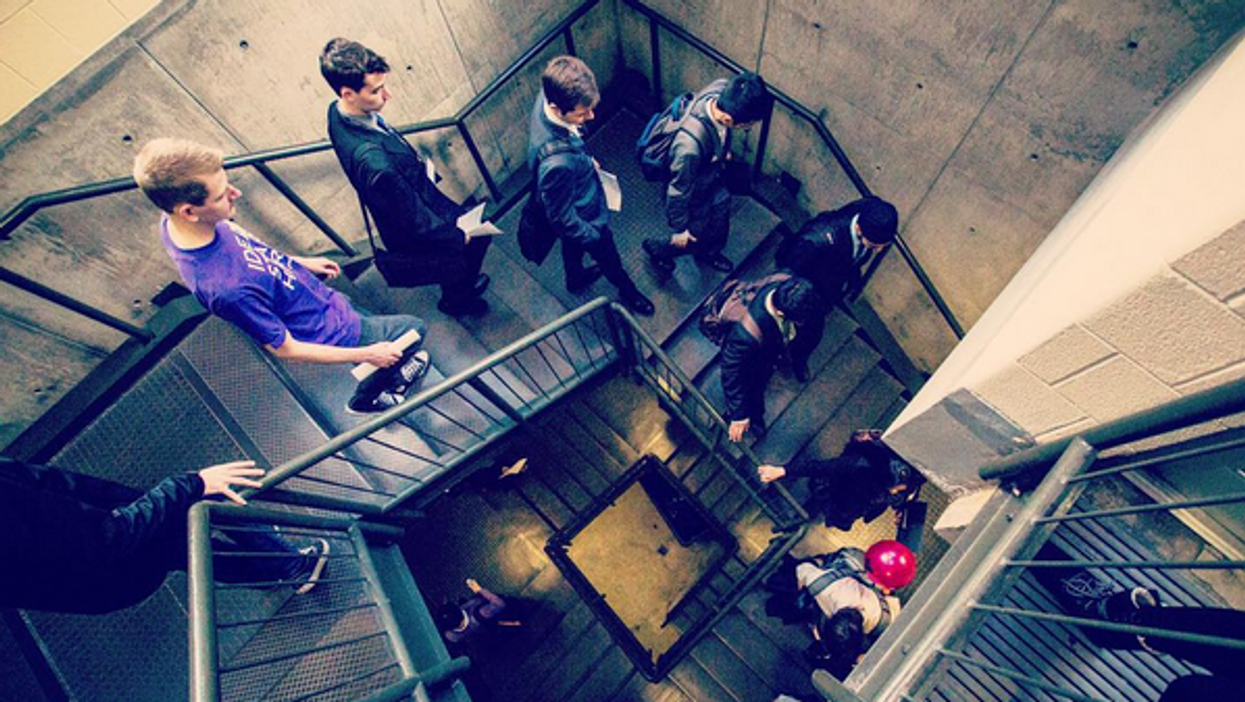 At the University of Waterloo, exam season is basically when ideas come to die. The stress is high indeed - campus libraries are battlefields, the SLC turns into a sleeping ground and students become overly-caffeinated zombies. Not even the Christmas tree atop the “Sugar Cube” can make it better.

Here are 21 stresses of exam season at the University of Waterloo:

1. Getting a shiver up your spine when you see the desks at the PAC arranged in (death) rows.

2. Being tempted to go to last Bomber even though you’re super behind on studying.

And deciding to go anyway because you need one last hurrah before everything goes to hell.

3. Having a random burst of motivation to study and actually going to DC or DP, but not being able to find a spot when you get there.

Since it’s packed with students who haven’t stepped foot in those buildings all term.

4. Resorting to SLC to study because the libraries are full but there are too many distractions.

UW Hip Hop, UW Breakers and UW Poppers be bumping’ the beats in the lower atrium all night.

5. Then trying your luck in PAS and getting completely lost in it.

Whoever designed it to resemble the complexity of a human brain succeeded with flying colours.

6. Spending more time coming up with an intelligent response to a troll on OMGUW than to a sample essay question.

7. First-year Science students having to worry about writing lab exams for almost all of their courses.

And spending more time complaining about them to others than studying for them.

8. D2L deciding to act up during the most critical period of your academic term.

You figure it’s karma for skipping classes all term.

Must be some really bad karma.

10. Making your way to the PAC and running into that one goose that didn’t migrate with the rest of its flock.

11. First-year AFM students still in pain from Mike’s Bikes but having to worry about exams already.

12. Canada Goose jackets and Waterloo sweatpants haunt you wherever you go.

13. Deciding exam season is the best time to learn how to use the tunnels.

Boy, were you wrong.

14. Thinking someone is practising for their CS final but they’re really just playing LoL.

The Q, W, and E keys on their laptops are so faded.

15. Concerning yourself more with trying to get a Missed Connection before the term ends than with catching up on studying.

But it never actually happens.

Up your swerve game.

17. Engineering students clinging to the hope that the bell curve is real.

Believing that it’s real is really all that they have.

18. Wanting to creep all the hotties that come out to CIF during exams but you have to study.

19. The lines at SLC or SCH Timmies are just not worth it.

But you line up anyway.

20. Still having continuous round coop interviews during the first week of exams.

21. Calculating the minimum score you need on the exam to pass and realizing you’re screwed.

There are a lot of things to be excited about next week, with the province moving into step two. However, the Ontario weather forecast just might ruin your plans.

According to the Weather Network, torrential downpours and thunderstorms will wreak havoc on cottage country this week with "more than a month's worth of rain" expected to hit over the next seven days.

With Ontario entering step two of reopening on June 30, malls will soon be allowed to welcome shoppers back. However, there are new rules in place to keep crowds to a minimum.