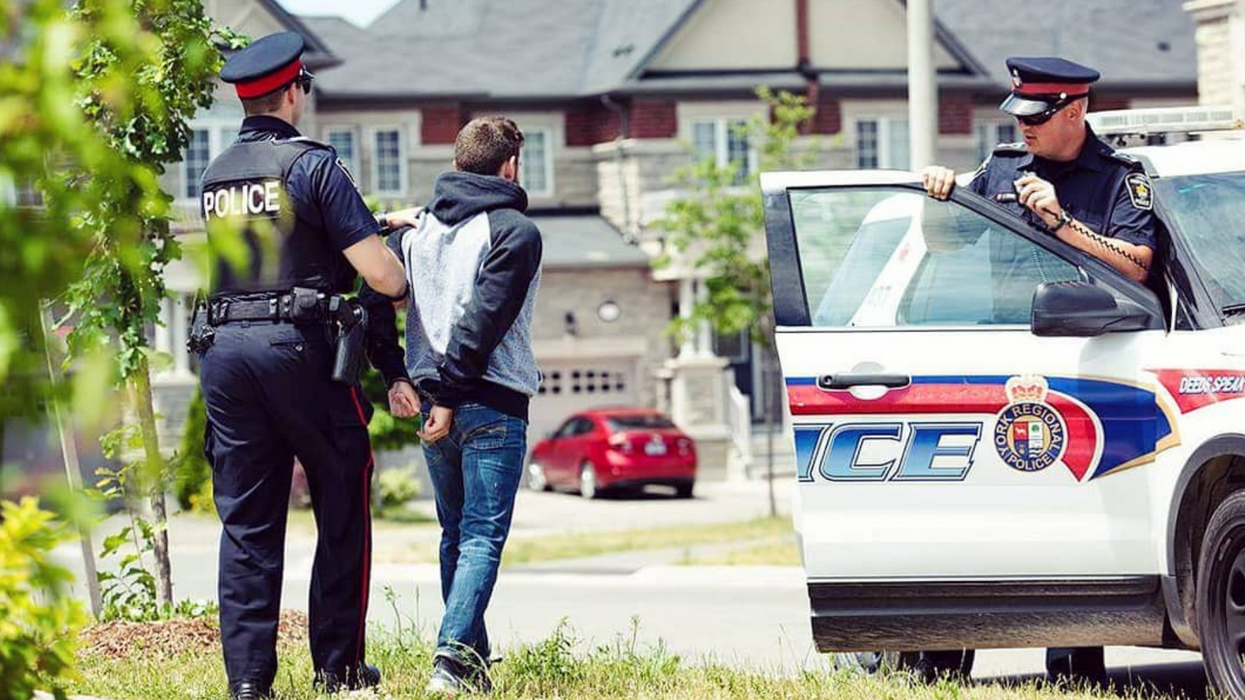 28-year-old Ontario father Stuart Ellis was tragically killed in a car accident when a young man driving under the influence crashed into his vehicle head-on. Now, the 21-year-old Ontario man, Tyler Neilsen, who killed the young father in a drunk driving accident has been sentenced to five years in prison. The announcement of Neilsen's sentence has been met with lots of criticism.

The 21-year-old also received an eight-year driving ban. Neilson was found guilty of impaired driving causing death and he faces other charges as well – taking a vehicle without consent and driving with a disqualified licence. Tyler Neilsen was handed the sentence today by Justice Joseph Kenkel on Thursday, March 21.

The young driver pleaded guilty in court. Neilsen admitted that when he crashed into Ellis's car, he was impaired and had, not only alcohol but also four other drugs in his system, according to CP24.

He apologized to the victim's family in court today before he was sentenced. "I can’t imagine the pain and suffering I have brought into your lives," he said, according to York Region. "I’m so sorry. The worst part of this whole accident is that I took a father away from his children. I will never be able to forget that. I am ready to accept the court’s punishment."

The fatal accident took place on Highway 28 in Newmarket, Ontario back in November 2017, early in the morning around 6 AM. Neilsen was driving southbound when he drove his car over the middle line of the highway into the opposite lane and hit Stuart Ellis's vehicle head-on, CP24 reports.

The 28-year-old father died on the scene, and his family was heartbroken over the loss. Ellis was commuting to work when he was killed by the accident, his wife Justine Ellis told CTV News. At the time of the collision, they had a 14-month-old baby together and were expecting a second child.

READ ALSO: Ontario Mother Killed Her 3-Year-Old Child After Running Her Car Into The Grand River

Many people are not happy with the sentencing. Locals have taken to Twitter to slam the five-year sentence by saying that it should be longer. Check out what they had to say below.

5 years for killing a man?!? but y’all handing out triple that for drug charges oh okay

out at 26,meanwhile 2 kids wont have there dad in their lives.I'd sleep with 1 eye open for the rest of my life if I was this dirtbag

I feel like the justice system failed on this case. 5 years and an 8 year driving ban is simply not enough!

So basically it’s a 3 year driving ban if he serves the whole 5yrs. Oh but wait, he’ll be out in 2/3 of that 5yrs. Trying to curb DUI’s? Not with sentences like this!!

Justine Ellis hopes that this incident would serve as a reminder to the public to avoid drinking and drive. "Please don’t drink and drive – it shatters families and it changes everything," she said to CTV News.

"Not only do I not have my husband but my kids don’t have their dad and our whole future that we had is gone so just don’t drink and drive."