22 Signs You Grew Up In Hamilton

The GTA is like a cool party Hamilton didn't get invited to. 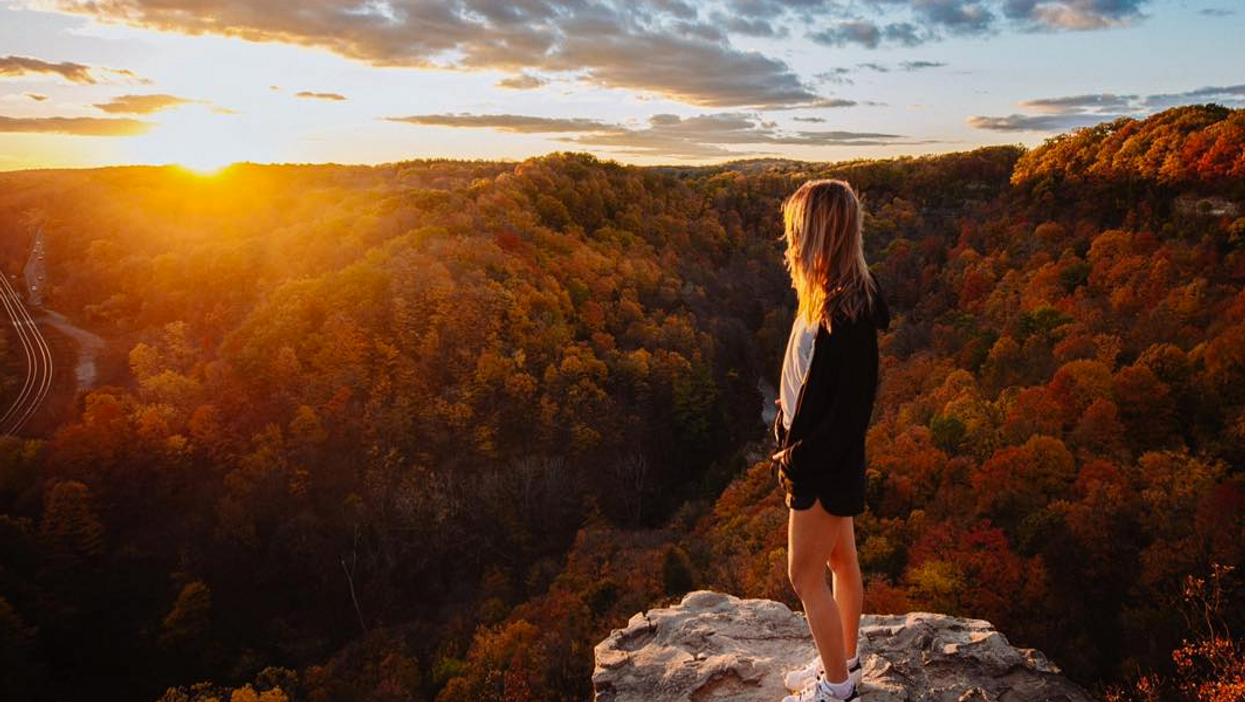 As someone who was born and raised in Hamilton, I can't exactly say it's my favourite place.  I like Toronto way better.

However, Hamilton definitely prepared me for Toronto life. People in Toronto talk about the danger, the smell of pollution, weirdos on public transit, etc. But I'm from Hamilton, I'm used to all that stuff already.  I can walk down the streets of Toronto and remain unphased by just about anything.

Whether you left Hamilton like I did, or you still live there, here are 22 signs that prove you grew up in Hammertown:

1. You laugh at anyone who thinks Toronto is scary.

"I've been mugged in Hess three times, show me what you got Toronto." #WhatIsFear

2. You have been warned all your life not to step foot in the lake.

"You'll come out with a third arm or something."

3. You would rather swim in the Hamilton Harbour than listen to Fresh Radio.

For anyone who thinks the TTC is weird—the HSR is worse. TRUST.

5. You hate seeing the look on people's faces when you tell them where you're from.

Do you know where Stoney Creek is? No? What about Ancaster? No? Uhh...

And this is their faces when you finally tell them:

6. You've spent the entire year waiting for the Peach Fest just so you could have a peach sundae.

Paired with some perogies or panzerollis and you're good to go for the whole year.

7. In your lifetime you have owned a pair of DC shoes and a hoodie with thumbholes.

You can bet your ass you got that hoodie from Stitches in Eastgate Square.

8. You have referred to Winona as "Farmville" before.

And you're convinced that everyone who lives there has a pool.

9. Every time you went up the mountain you tried to spot the CN tower.

Hello from the other siiiiiiide.

10. You know the difference between "downtown" and "down the mountain."

And you get weirded out when people don't.

11. You have tried to explain what an "escarpment" is to someone before but didn't really know how to explain it.

"It's a big ass cliff and theres farms and a drive-in theatre at the top."

12. The highpoint of your life so far was when Hamilton Mountain got a Cineplex.

Now you don't have to drive all the way to Burlington to watch a movie.

13. Roller Gardens was your sh*t growing up.

You didn't care how many class trips or birthday parties were planned there, it was always a fun time.

14. If there's one thing you know, it's to avoid Barton Street like the plague.

Why is that lady coming up to our car?

15. You went on a field trip to Cootes Paradise in elementary school.

16. If someone is dealing with self-confidence issues you suggest they visit downtown Hamilton.

Hamilton makes you feel like you've won the genetic lottery.

17. You're so used to the smell of pollution that when you visit Toronto and hear people complaining you get confused.

And the window cleaner guy, and the guy who wears a cowboy hat in Fortinos, and the Winona suit guy.

19. If you left Hamilton, the only way you'll go back is for concerts.

"Shania Twain tickets are sold out for the ACC...guess I'm going to Copps. Doing this for you, Shania."

20. Eastgate Square used to be your hangout spot, now you avoid it at all costs.

You remember the good ol' days when the Walmart was still there and you could chill at the McDonalds.

21. You can't help but think of Hamilton every time you see a Tapout hoodie.

If I had a dollar for every time I saw someone in a baggy Tapout hoodie on the HSR I wouldn't be buying $1 pumpkin spice lattes from 7-Eleven.

22. You have fond childhood memories of getting ice cream at Hutch's.

And walking down that waterfront trail with your ice cream you thought—if only just for a second—that maybe Hamilton is pretty after all.

Ending note: Hamilton is home to the Royal Botanical Gardens, the Canadian Warplane Heritage Museum, the Canadian Football Hall of Fame, the Bruce Trail, an amazing university, and plenty of historical sites and buildings. Hamilton breaks records for its waterfalls and plenty of movies and television shows are filmed in Hamilton due to its diverse environment. BuzzFeed's article about Hamilton is a great portrayal of its assets.

Whether you are a proud Hamiltonian or believe it to be the armpit of Ontario, you can definitely thank Hamilton for raising you to be the boss ass b*tch that you are today.