20 Thoughts A City Girl Has About Supporting Toronto Sport Teams 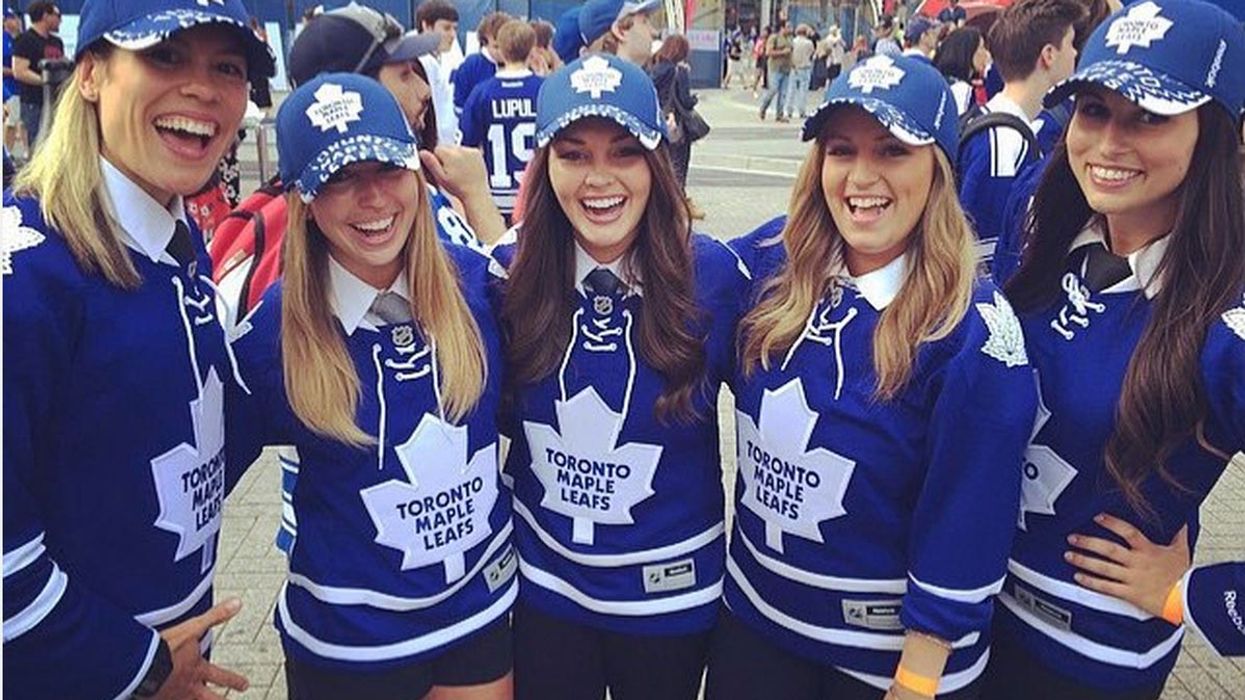 When it comes to Toronto, we’re a pretty proud city.

We can all thank Drake that he basically got Toronto on the map (whether we like it — or not). We’re a dynamic city and sometimes people from around the world fail to recognize it! The music industry isn’t all we have to offer (although, truth be told, it's been a pretty great year). When it comes to sports, we got it all! The Toronto Maple Leafs, the Raptors, the Toronto Blue Jays, and not to mention, the Toronto Football Club. Even if you're only just a little bit into it, you want to support your favourite teams but your feelings waver and fluctuate... Here’s to another season of no jerseys, no hats, and no foam fingers.

Or maybe you just don’t care enough. Either way, we all have had some of these thoughts at one point or another.

You only knew this because you were eavesdropping on someone's conversation or read it about it the next day on some website. Either way, you're kind of into sports now... until they lose again.

You're in denial. Do you love the team? Do you? Well, you don't want to be an outcast but somehow, you do it well. It's now or never if you want to feel included.

Now, you're getting anxious. If it's not the hat, maybe a jersey suits you better.

Time's a-ticking. Just buy them all! All at once or one at a time.

6. "But whose jersey number should I get?"

It's not a question of which but who! And the defining moment of truth... You will be judged for who you have riding on your back.

7. "Donaldson or Bautista… or Martin!"

It's hard isn't it? No one said it was easy.

8. "Maybe I should just cheer for hockey... ButLeafs' jerseys are so expensive! Would I even wear it that often? Or even go to a game?"

At this point, you're screaming internally. With every fibre of your being, you're also trying not to rip out you hair all out of your scalp.

Until they invent a darker colour, I'm just going to stick black. Always.

You and me both, sister.

11. "I have to wear this for another few weeks because the Jays made playoffs? Well in that case I'll probably need another one."

If you're one that can't justify repeating an outfit.

13. "Maybe if the Leaf's make it to the playoffs this season too."

Now, you're just leaving it completely up to fate.

All girls like animals, right? It totally should be easier.

Mainly the only reason to watch the Leafs.

The moment we broke down.

18. "Ooh, but that shiny necklace has a gorgeous pendant!"

Somehow, you always end up looking at jewellery.