24 TV Shows From The 90's Every Torontonian Grew Up With 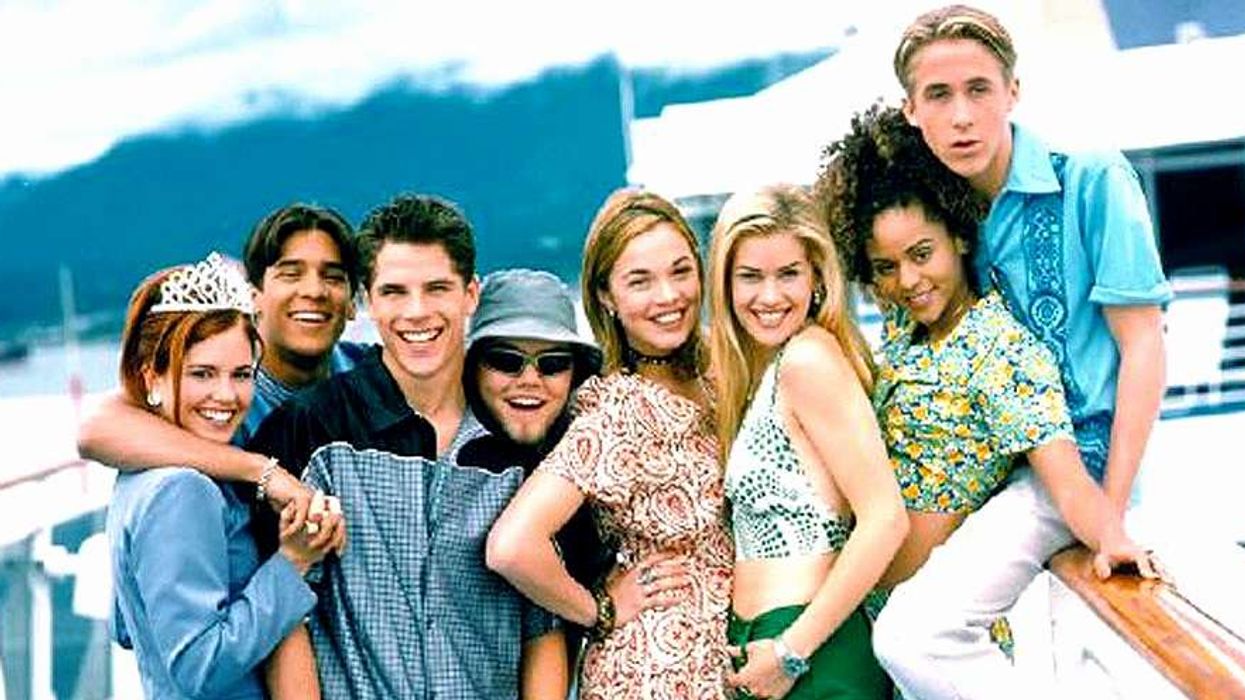 Television is so important, no matter what your elders may have told you in the past. It's more than just entertainment - it's a eureka moment gone viral; a temporary escape from reality; a deep exploration of humanity. Television makes our world a million times bigger than it is. It's every love scene that brings butterflies to your stomach, every fear-inducing crime scene that sends shivers up your spine, and every uncontrollable smile that's results from the relief that good conquers evil in the end.

Nowadays, television is more provocative and groundbreaking as ever, and we're undoubtably grateful that it is. Without content that pushes boundaries, we wouldn't have the shows that we excessively obsess over, like Game of Thrones or How To Get Away With Murder. However, we will never forget the television programs of a simpler time; the ones that helped shape our individualities and made our childhoods as great as they were. Here are some of the beloved TV shows we're forever grateful for:

Radio Active was introduced to us around the same time as other teen shows, like Lizzie McGuire and Even Stevens. The show was actually inspired by an original Quebec series called Radio Enfer, and ran on YTV from 1998 to 2001 for 78 episodes.

Student Bodies was sometimes referred to as the "Saved By The Bell" of Canada. The show was initially intended for American audiences, but was much more successful among Canadians. The comedy ran for three solid seasons between 1997 to 1999.

Before there was Glee, there was Popular. Along with Nip/Tuck, Popular was one of Ryan Murphy's first creations. The show lasted for two seasons and left us with perhaps one of the most unsettling cliffhangers of all time (watch it and you'll see what I'm talking about!)

Breaker High made us all wish we went to school on a cruise ship. The show was especially popular among female teens, who religiously followed the relationships between the crew mates. Though, I'm pretty sure that a lot of them tuned in just so they could stare at Ryan Gosling.

Remember Tarzan Dan? The Hit List introduced many new music talents to Canadians. It was also our primary source for music videos back then (since YouTube wasn't around in '91).

Timex watches were all the hype among kids in the 90's, thanks to this show. Video & Arcade Top 10 was essentially the G4TV of the 90's. It introduced us to all the newest video games, consoles and tech of the time. Of course, back then, "new" video games took the form of cartridges, which you often needed to blow into before you could even start playing them.

Uh Oh! is YTV's longest running television program, behind Hit List and Video & Arcade Top Ten. The game show involved a variety of team challenges and a whole lot of goo. No one rooted for the Green Team, right?

Let's face it - a lot of us probably didn't understand what this show was about, or what the heck was going on in each episode. But now that we're older (and realize that the show was actually set in a computer system) we may have a greater appreciation for it.

9. Are You Afraid of the Dark

Are You Afraid of the Dark fed on our deepest childhood fears. Many of our sleepless and nightmarish nights were likely due to this show. Although most of the episodes ended rather happily, there were some episodes where the endings involved the demise of the main character... Which is pretty messed up considering the show was intended for kids.

Stickin' Around was rightly named considering it's use of stick figure-esque animations. The show followed the adventures of Stacy and Bradley, who often came up with imaginative ways to solve their problems. Though, they did seem to argue a lot with each other in the process ("Real mature, Bradley.")

11. The Adventures of Rupert Bear

Rupert Bear first appeared as a comic strip in a UK series in the 1920s. From there, Rupert grew into a successful book series and eventually became a TV show in 1991. The show continued to prove successful with 65 episodes spanning 5 seasons.

System Crash was a sketch comedy that followed a group of students who were involved in the media club at their school. Each episode had always covered a unique theme and was filled with all sorts of amusing situations.

Wishbone, "the little dog with a big imagination", was our favourite Jack Russell Terrier. And how could he not be, with those cute costumes he wore every episode? The show, which ran from 1991 to 2005, often made parallels between modern situations and famous literature.

We've all, at some point in our childhoods, gotten on our backs to imitate Loonette the Clown's "Clock Rug Stretch". Some of us may have even checked under our couches to see if there were any dust bunnies to talk to. At the end of the day, Loonette was more than just a clown on the screen - for many of us, she was our best friend.

Bill Nye always found a way to take the serious science of daily life and introduce them in fun and interesting ways. He has moved on from television but continues to inspire people on social media, with 2.56 million followers on Twitter. Just make sure you follow the blue-checkmarked account - many parody accounts have also been made in his honour.

Popular Mechanics For Kids was based on the Popular Mechanics magazine and kickstarted the careers of Canadians like Elisha Cuthbert and Jay Baruchel. The show was a great way to inform kids about how certain things work and was sometimes used in classrooms as an educational tool.

Big Bad Beetleborgs essentially had a Power Rangers type of theme going on. Although the show only ran for two seasons, it was still a hit, especially among youth males.

Monster By Mistake was initially meant to be a one-time Halloween special to be aired on YTV in 1996, but it ended up running for a good 52 episodes. Apart from the fact that the main character, Warren, turned into a monster every time he sneezed, many of us as kids were able to relate to his tendency of getting into all sorts of trouble.

We all remember Angela Anaconda for its iconic cutout animations. While this show was probably either a hit or a miss for some of us, there was always something interesting going on in Angela's life that was worth tuning in for. I don't know about you guys, but Angela taught me a whole lot about giving shade and how to deal with the Nanette Manoirs of this world.

The fact that All That! lasted for 10 seasons is proof of its success. Many of our current comic favourites started their careers on this show, including Kenan Thompson and Josh Peck. We always made sure to watch the show to the very end to see which musical guest was to perform, since they always brought out the good talents (TLC, 112, Da Brat, just to name a few).

I'm not sure what it is about anthropomorphic bananas in sleepwear that had us raving as kids. Nevertheless, we couldn't get enough of B1 and B2, the star bananas of the show. Originally an Australian production, Bananas in Pyjamas infiltrated American television programming in the early 90's and our 6-year old selves are extremely grateful that it did.

90's Amanda Bynes may have been a little more tame than 2012 Amanda Bynes, but she was still the same amount of kooky. The Amanda Show was one of the prominent sketch and variety shows for kids at the time, and it's probably the reason for all of the chaos that our parents had to deal with when we were younger. Like Penelope Taynt, we are all still "Amanda's number one fan, please."

Art Attack was responsible for the several art projects lying around the house that parents often mistook as garbage. Neil Buchanan, the host of the show, always seemed to deliver that perfect execution which we often had a difficult time emulating. Nevertheless, his crazy craft ideas got us hooked, and we made sure to tune in every time his show was on. In an unexpected twist, Neil has recently been venturing into another form of art - music - as a guitarist for his heavy metal rock band, Marseille.

Zoboomafoo was everybody's favourite lemur. Many of us learned more about our great, big world thanks to Zoboomafoo's fun-filled wildlife adventures. Though Jovian, the lemur who played Zoboomafoo, sadly passed away in November of last year, we're sure he's somewhere in heaven giving others the best nature lessons they've ever had.

A list of 24 barely scratches the surface. What TV shows do you remember watching as a kid?