25 Signs You Went To A Catholic High School In Toronto

The McCarthy's uniform will forever be a part of who you are. 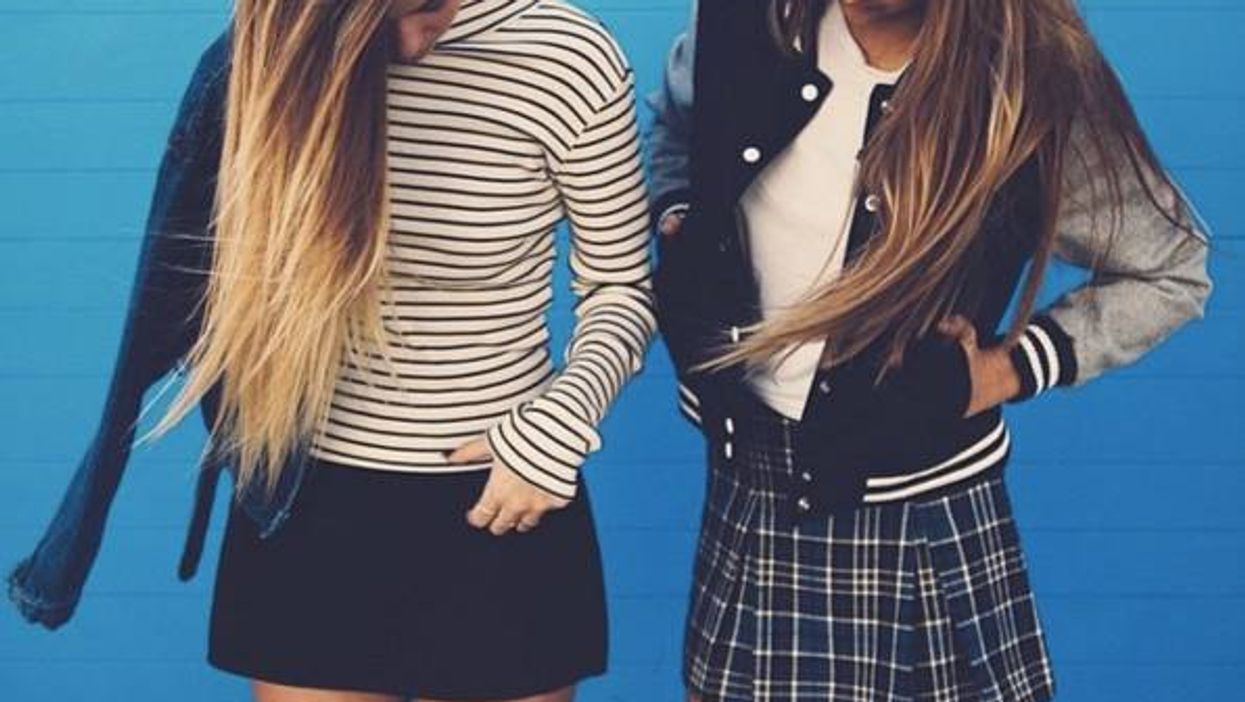 Even in this day and age, some people still hold the outdated belief that Catholic school students just sit around and pray all day. Some people even think that Catholic schools in Toronto are still run by authoritarian nuns who march around with their iconic wooden rulers. But the reality is that if you take away the uniforms, the morning prayers during announcements and the obligatory religion classes, Catholic high schools are just like any other high schools.

In fact, Catholic school students are actually less saintly than they're made out to be. They're exposed to the same type of experiences that 'regular' students are (Think less Sister Act II and more Saved!) Nevertheless, there are still certain things that are exclusively unique to Catholic school students. If you went (or go) to a Catholic high school in Toronto, you'll definitely be familiar with these 25 experiences:

1. The McCarthy's uniform was your second skin for four years.

Baggy grey pants, sweater vests, white-collared shirts, and plaid kilts will forever be a part of who you are.

There was always at least one kid in class who always 'acted a fool'.

3. You're allergic to all things plaid.

Shops like The Scottish Company are your worst nightmare. Not even Jennifer Aniston or Alicia Silverstone can change your mind about plaid.

4. You looked forward to free pancakes on Shrove Tuesday.

Probably the only reason some of you would actually go to church on a weekday.

Especially when one of the teams playing was Pope, or Ward, or Michael Power.

You were very cool if you had them in a colour other than black or navy blue.

7. Your classmates were probably your friends since childhood.

You guys go all the way back to elementary school, where you probably made these together at some point during arts and crafts time.

At FLCHS, this meant no morning classes. Sweet.

9. You hoped the priest applied the ashes on your forehead symmetrically on Ash Wednesday

The most symmetrical cross wins.

Like a scene from Clueless (without the plaid though).

11. You had to avoid school crests on the floor.

12. You felt like a big kid the first time you took the TTC to school instead of a school bus.

But also hated the fact that you now had to pay for your ride.

13. Every single desk you sat in was vandalized somehow.

This was a common sight.

14. You know one girl who always wore her kilt no matter what the weather was.

She'd do anything to avoid wearing those ugly grey McCarthy's pants!

15. In the winter, you knew your girl friends probably didn't shave their legs because they wore pants all season.

Saves them trips to the Camden Spa.

16. All your guy friends wore basketball shorts under their McCarthy's pants.

17. You basically knew everybody in other Catholic high schools.

18. You wore all-black Converse or Doc Martens shoes at some point.

A way to be hip while abiding by the uniform code.

19. You rolled up your kilt because its actual length was never cute.

Even if that meant dealing with the bulkiness all day.

21. Your classmates were of all types of backgrounds.

A true testament to Canada's versatility.

Anything that cuts math class is fine in your books.

23. You cheered like crazy for your friends when they performed at school talent shows.

You knew at least one singer, guitar player or rapper.

24. You were versed in the secret codes of the kilt pin.

Up means taken, down means single, sideways means... I don't really know any of these actually.

25. Half of your classmates weren't even Catholic.

But they were still your homies anyway.