26 Signs You Can Officially Call Yourself A Torontonian

Might as well have been born and raised in the 6ix. 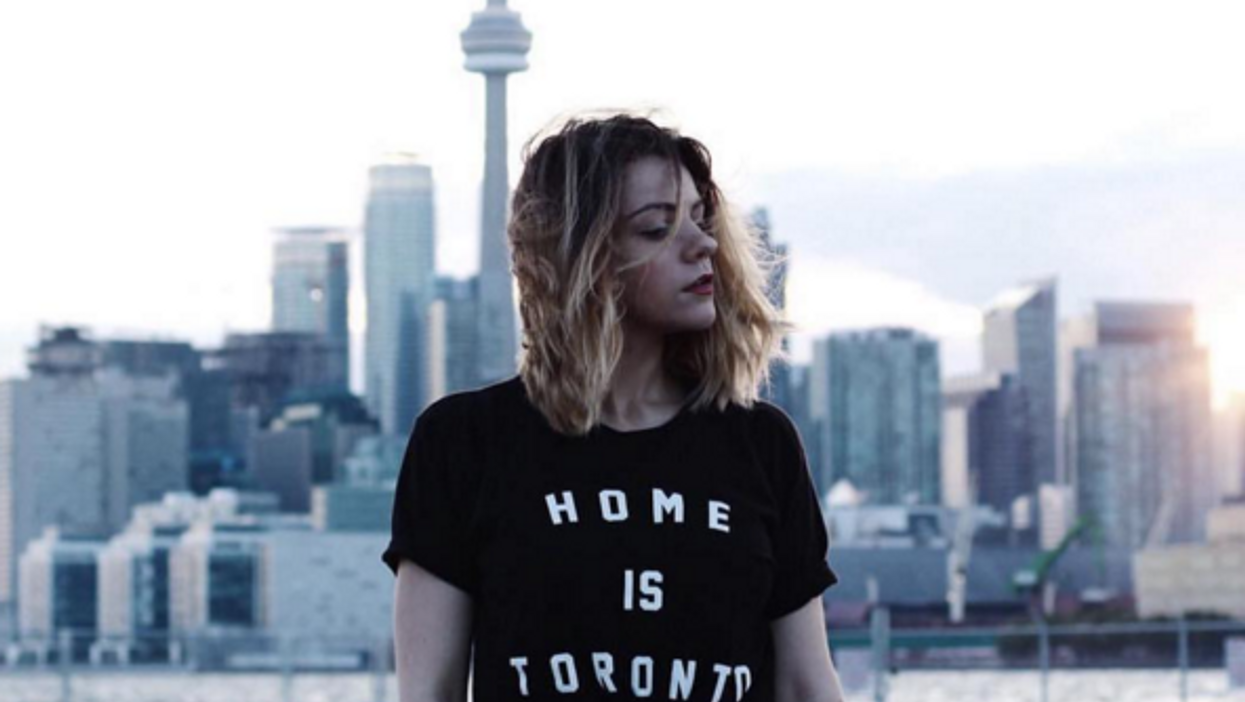 Being born and raised in Toronto is a rarity; for the most part are city is a proverbial mishmash of immigrants from abroad, fellow Canadians who ditched the East or West coasts for life without a shore, or kids from the suburbs who traded in drinking in friend's garages for...drinking in friend's condos.

The point is, this city is one massive sprawling beast of high rises and concrete, and some people choose to never look outside it's cold exterior. But for those who get to know this city, who explore its parks (I hear there are a few) and drink its coffee, who listen to its live music, watch sports in its stadiums and peruse its art galleries, eat at its restaurants and drink at its diverse bars...For those kids who give this city a REAL chance to be home, here are some surefire signs you've officially become a Torontonian.

1. The concept of a backyard is completely foreign to you and the only gardening you’ve done is keeping alive that one houseplant your mom got you from Ikea to, “Warm up your condo.”

2. Come summer, you know the location of every outdoor/rooftop pool in the city and how to sneak into it.

3. As much as you’ve tried not to like Drake, his unrelenting repping and passion for the city has you sharing those Hotline Bling memes like the 6ix loving fool you are.

4. You swore you'd never stoop to taking the TTC, until the first time you were stuck in your car on Yonge Street during rush hour traffic.

5. So now, on the rare occasion you actually do drive your car, you feel like an 80-year old amnesiac who is completely rediscovering parallel parking.

6. You own at least 5 mixed CDs you bought off of 15-year old aspiring rappers in Kensignton market.

7. You've adopted Toronto Brunch as your religion and you go to the Church of Eggs Benny every Sunday.

8. You’ve become a total coffee snob and find yourself loudly vocalizing the merits of espresso from Jimmy's Coffee versus Boxcar Social versus Sam James Coffee Bar (all while sipping a PSL from Starbucks).

9. There are approximately 2300 bars in your neighborhood, but you’ve only tried eight and only consistently go to three.

10. But that doesn't prevent you from perusing upcoming bar and restaurant openings and publicly exclaiming all the new shot spots you "should" or "want to" see.

11. When you hear people from the burbs talking about how big a city Toronto is, you laugh because on a daily basis you run into at least 32 people you know and have a close personal relationship with your Dry Cleaner, local Barista, Pizza Delivery Man and a minimum of seven neighbourhood bartenders.

12. When you hear about people living in downtown apartments over 600 sq. ft. you imagine it to be a palace with sprawling fields and horse stables.

13. When you hear of people paying less than $1200 in rent you assume they live in a basement hovel with bunk beds and six roommates.

14. You avoid Yonge-Dundas Square like the tourist plague it is.

15. You know all the best vantage points in the city to take this picture:

17. If anyone on the street is attempting to walk at a leisurely pace you’re immediately annoyed and start dramatically dodging around them.

18. You are either a part of a running group or passionately detest all running groups. For a resident Torontonian, there is no middle ground.

19. If you’re a straight female, you have definitely gone on a date with all of the following: guy who still lives at home in Etobicoke to save money; guy whose facial hair is longer than his head hair; guy who only talks about his Bay Street investment banking job; guy with abs who likes to post shirtless Instagram selfies; guy who knows every club promoter in the city and keeps inviting you to the Hoxton at 1am on a Friday.

20. If you’re a straight male, you have dated all the following: Girl who wears old Levi mom-jeans she bought on Ossignton because they're "vintage"; girl who dances on the Bar at El Furniture Wearhouse at 2pm on a Tuesday afternoon; EFS/Everleigh bottle service girl; girl with an obviously made-up gluten allergy, girl who spends $120 a week at Greenhouse Juice Co.; girl who actually thinks a bedazzled Jays/Raptors t-shirt is a good look.

21. But hey, terrible dates aren't just for the straight kids. Because living in Toronto means this flag actually means something to you now, and you feel lucky to live in a community that accepts ALL the kinds of love.

22. You don't even remember what it's like to live in a quiet neighbourhood. In the city, sirens and club beats are your lullabies and garbage trucks are your alarm clock.

23. The inside of your fridge is mostly just alcohol and condiments because you like to take FULL advantage of your Hurrier App.

24. When someone smiles and wishes you well on the street your knee jerk reaction is to blow your rape whistle or stop drop and roll your way out of there.

25. Sometimes all you want is a Bud Light, but always feel the need to order some trendy craft 7-word beer brand like Okanogan Spring Tread Southern Hops IPA because Toronto LOVES their craft beer.

26. You're obsessed with the Jays, love the Raptors and treat the Leafs with an appropriate amount of affection: like they're the screw-up ex who REALLY has something to prove before you take them back.

And yet despite the noise, traffic, frustrating dating scene and horrifically disappointing hockey team, Toronto isn't just a city anymore; It's YOUR city.

Welcome Home my fellow city kids. It's a good time to be a Torontonian.