30 Under 30: A Look At Toronto's Hottest Celebs

Straight from the 6ix. 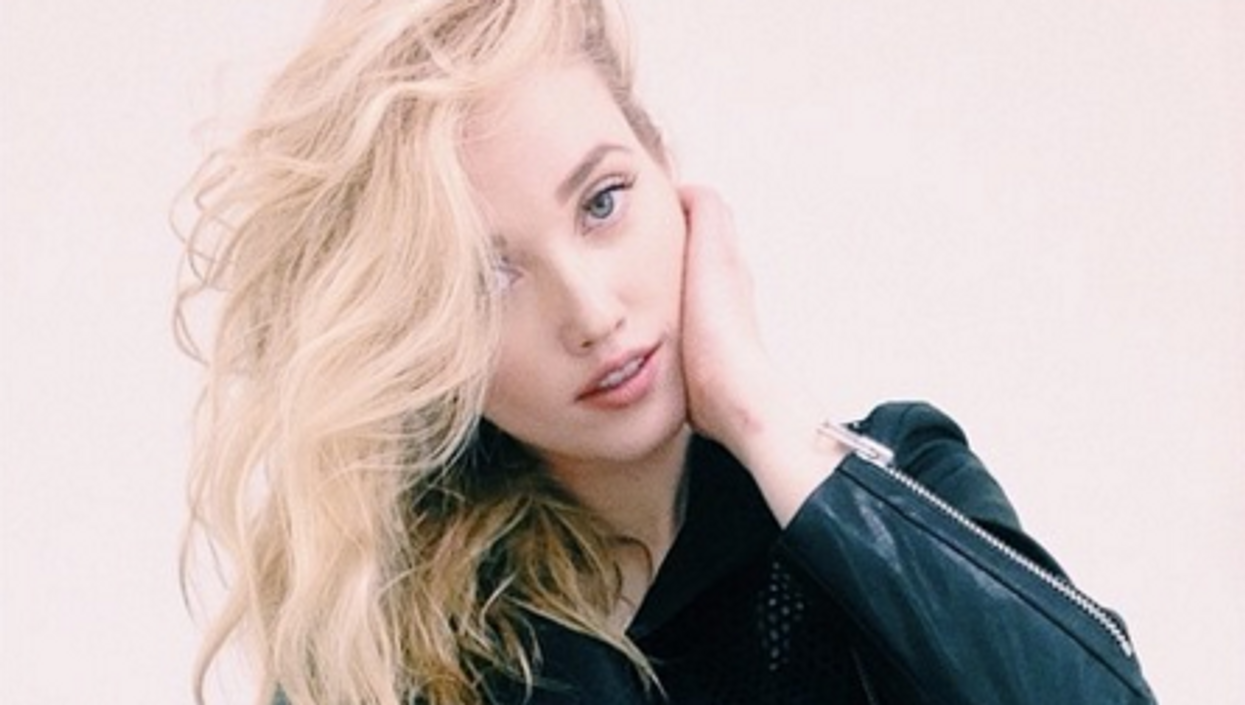 Some are more internationally famous than others, and some are celebrities you might see walking down Queen West on a Sunday afternoon. But the one thing they all have in common is that Toronto as a city earns bragging rights for the successes and accomplishments they've achieved.

Known for: Much Music VJ, reporting for E! Talk

Liz Trinnear first made her way under the spotlight when she appeared on Much Music to host shows like New.Music.Live and the Much Countdown. You can find her on the E! Channel along with Ben Mulroney and Danielle Graham.

Ted Livingston went to the University of Waterloo, where he and a group of other students decided to change the face of technology forever. They created Kik, a service that would allow people to take social networking to the next level.

The Weeknd recently had the number one hit single in the United States with "Can't Feel My Face". He appeared on the Hunger Games soundtrack, and you can catch his performance in December at the upcoming Victoria's Secret Fashion Show.

JusReign has over a whopping number of 500,000 subscribers on YouTube. He videos usually show his audience his opinion about pop culture and Desi life.

Known for: Starring on Degrassi, hit singles "Started From the Bottom" and "6 God"

Drake first appeared on Degrassi where he soon became a household name after pursuing a rap career and wowing the world with single after single. He's the best representation of Toronto and one of Canada's most successful rappers.

Gigi Gorgeous has been wildly successful on her YouTube channel for the past couple of years now. She has also made appearances in a quite a few television celebrity news shows as well, like The Insider, Access Hollywood and Fox News.

Known for: Hosting Much Music, reporting for CP24

At only the age of 18, Devon Soltendieck was on the Much Music VJ Search and was signed on to Much Music to host on the channel, and did so for 6 years. He is also currently the host of "Pop Quiz" on the E! Channel.

Superwoman, AKA Lilly Singh, has over 7 million YouTube subscribers, and her family is originally from Punjab, India. She makes videos that satire South Asian family life, friendships, and lifestyle.

Known for: Appearing on The Vampire Diaries

The Ryerson University Alumna was best known for her role as Elena on the hit TV series The Vampire Diaries. She is reportedly being considered as the lead role in a reboot of "Baywatch".

In addition to singing, Fefe Dobson is a songwriter - she even wrote Miley Cyrus's Start All Over back in 2007. She opened for Justin Timberlake in 2004 and has won 3 MMVAs, and was nominated in 2005 for two Junos.

Known for: Hit singles "Drive My Soul" and "Up We Go"

When you think of famous people from Toronto, Lights is sure to come to mind. Her electric, eccentric sound is what makes her so unique, and she's been a regular at the Canadian Juno Awards.

Best known for her role as Emily Fields on ABC's Pretty Little Liars, Shay Mitchell has been known to star in other television roles, like on Pantene commercials and had a guest role on Rookie Blue. She graduated from Ryerson University where she majored in Drama.

Known for: Mixtapes "Dreamchase" and "Room Full of Mirrors"

Devon Tracy's music and sound has been widely related to Drake's music, and has a large fanbase in the GTA. He attended high school in Mississauga and has released quite a few mixtapes within the past couple of years.

Known for: Mixtape "The Storm"

Dropping his first mixtape at only the age of 17, John River has quickly risen to fame and is definitely a new, talented artist to keep watch for. He recently was listed on the CBC's 25 Under 25, and was invited to perform at the University of Toronto Mississauga's Frosh Week.

Scott Helman is best known for his work on his recent debut EP, called Augusta. Born and raised in Toronto, he was nominated for an MMVA in 2015.

Jay Strut is the founder of one of the most well liked, well known fashion blogs in Toronto. He's a huge name in Toronto fashion and often showcases his outfits and fashion inspirations/ideas on social media and on the blog.

WondaGurl has already had the opportunity to work on alongside Jay Z' on his "Magna Carta Holy Grail" album a couple of years back. WondaGurl is slowly acquiring more and more fame, especially after she gave Drake the beats for "Used To" and has worked closely with Travis Scott.

Known for: Mixtape "Ninelevenne, the Tragedy"

Sean Leon has only recently gained fame, becoming quite popular in 2013, but nevertheless has proved his worthiness as a recording artist. He has a couple of mixtapes and was also a part of the production team for Drake's "Pound Cake".

After making YouTube videos for the world to see, Alessia Cara's music career flew to the top. Her newest single "Here" has been flooding the radios, and had been granted a performance on The Tonight Show Starring Jimmy Fallon.

Known for: Albums "When it Reigns it Pours" and "Dear America"

Growing up in Scarborough, P Reign has been widely associated with artists like Drake, French Montana, and Meek Mill. His hit singles include "Dnf" and "Hold My Own".

PartyNextDoor has been lucky enough to be one of the few to be signed to Drake's OVO Sound label. He released his first album in 2014, called PartyNextDoor Two. You can also hear his background vocals on Drake's "Come Thru" and "Own It".

Latoya's YouTube Channel doesn't cover one specific thing, but more of a variety of topics ranging from fashion, to her life as a mom. If you're feeling like your life is pretty boring, it might be in comparison to hers. As she showcases her life on camera, she may be one of the most entertaining things you'll watch all day.

Born and raised in Toronto, Derek Wise's 2012 release of Vacay has just been the start of his rap career. However, he has not created any new project within the past couple of years, but his fanbase is excited to see what comes next.

This former accountant, originally from St. Catharines, is keen on supplying his audience with fun, exciting fact videos. He is also well known for his 10 ten lists that he features often in his videos.

Known for: Marauding in Paradise

Also named under the top 25 Under 25 by the CBC, Jazz Cartier is best known for his latest project "The Valley". He was also nominated for the Polaris Music Prize this past year.

Having just recently graduated from Ryerson University, Lauren is usually seen on YouTube usually conducting lessons on decorating, or giving lifestyle advice. If you're out of ideas or thoughts of inspiration, she's likely to give you some new ones.

Known for: VJ-ing at Much Music

Originally from British Colombia, Phoebe Dykstra had become a staple of Much Music after being discovered on the Much Music VJ search. She is known for her quirky style sense and loud, crazy tattoos. She could easily be spotted on any street in Toronto.

This former child actress can be recognized anywhere as Kim Pine from the Scott Pilgrim movie. Alison Pill can also be seen in a variety of other hit movies, like Confessions of a Teenage Drama Queen and The Newsroom.

Known for: Albums "afterhours" and "A Place Like This"

You'd know the names Majid Al Maskati and Jordan Ullman just from listening to the "Hold On, We're Going Home" soundtrack, which they helped co-produce. They met as students while studying at the University of Toronto.