The True North strong and crazy. 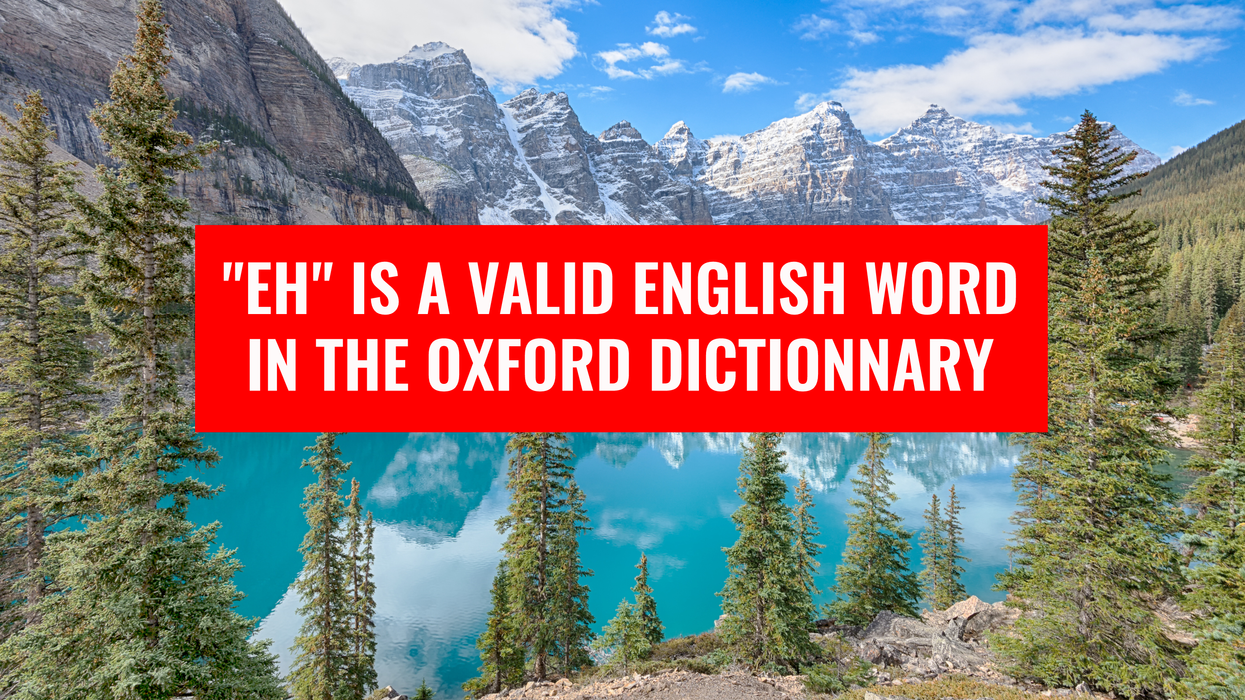 O, Canada. There's a lot to love about our country, from its glorious landscapes to its diverse population. Its unique combination of beauty and odd history makes it one of the most magical places in the world.

Here are 30 weird facts about Canada that prove it's the most interesting country ever:

2. Part of Canada is on Mars... kind of. A crater on the planet was named after the town of Gander, Newfoundland in honour of its efforts in space research.

3. The famous Canadian interjection "eh" is actually listed in the Canadian Oxford Dictionary as a valid word.

4. The Royal Canadian Mint once made a gigantic loonie made of 99.9% gold that was worth $1 million.

5. You can write a letter in any language and send it to the North Pole, H0H 0H0, Canada and you will receive a letter back from Santa.

6. Quebec manufactures more than 77% of the world's maple syrup.

7. Canada shares the largest demilitarized border in the world with the United States.

8. The townspeople of Nanaimo, B.C. race their bathtubs as part of an annual aquatic tradition.

9. Some of the world's most popular superheroes were conceived by Canadian minds, including Superman and Wolverine.

10. That being said, it is against Canadian law to have comics that depict criminal acts.

12. Twenty percent of the world's fresh water is in Canada, and it has more lakes than any other country.

13. The most common last name in Canada is "Smith."

14. In Alberta's Banff National Park, overpasses that go over highways are made for wildlife and have trees and shrubs growing on them.

15. The third official language of Canada is "goose" — just kidding. But Canadian geese do have as many as 13 different animal calls that are distinctly their own.

17. Ogopogo is a mythical monster similar to the Loch Ness Monster that supposedly lives in Lake Okanagan, B.C.

18. As much as Canadians love hockey, it's actually not the national sport — lacrosse, a First Nations' game, is.

19. The Westboro Baptist Church and its members are banned from entering Canada.

20. Hawaiian pizza was actually invented by a man from Ontario, not by the Hawaiians.

21. At the Bay of Fundy in Nova Scotia, you can run on the sea bed, but you have to make it across before the 100 billion tons of water rush back!

22. There's an area in the Hudson Bay region that has less gravity than the rest of the planet.

26. The largest Sony big screen TV can be found in Toronto's Rogers Centre.

27. Canada consumes more mac and cheese than any other country in the world.

28. Old Quebec is still walled off and is a UNESCO World Heritage site.

29. The lowest temperature ever recorded in Canada was in Snag, Yukon Territory at minus 63C.