5 Cheap Eats For Under $20 In Etobicoke That Won't Disappoint

When the Woodbine Centre food court doesn't appeal to you... 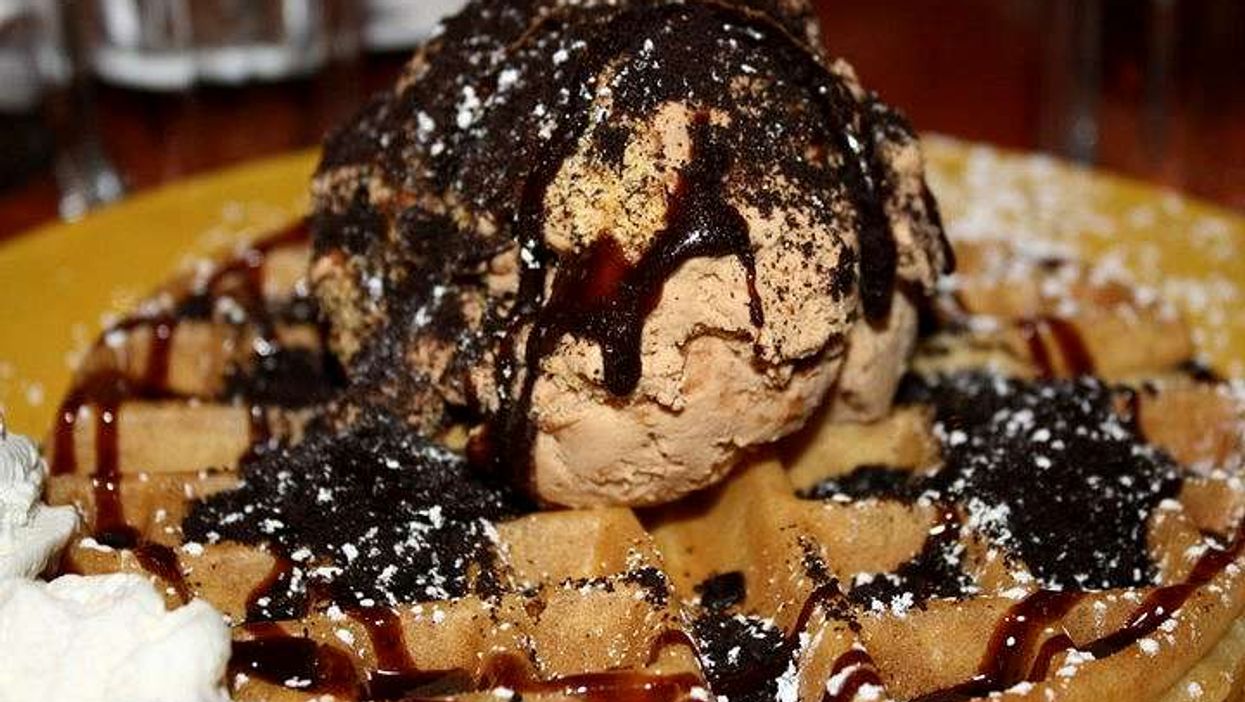 For those who don't have the "luxury" of living downtown, when it comes to entertainment or dining, we're completely shafted. Especially in the west end, where we're limited to copious, not-so-great restaurants, a few sketchy bars and a ton of industrial buildings.

We're also home to two campuses of the largest college in the country. So, wanting something good to eat, in a place we spend a lot of  time (and money) shouldn't be too much to ask. And it isn't. While we may be lacking in flashing lights (that aren't atop police cars) and cute bars, we make up for it in a few untouchable eateries.

Known for their homemade ice cream, and delicious desserts, Spin is perfect for your late night sweet cravings, a change of scenery for your studying needs, and small gatherings.

Their dessert menu is interchangeable to allow you to have any item on either a waffle, crepe or sundae for between $9-$12.50.

But just because dessert is their specialty, doesn't mean they don't have a slew of other options. With their savoury menu, all-day breakfast menu and, specialty drinks, a trip to Spin doesn't have to be reserved for the end of your evening.

Known mostly for it's large menu with nothing exceeding $20 and the convenient location just around the corner from Royal York station, this west end gem is sure to satisfy all your thai food cravings. Is there really such thing as too much pad thai?

If you're ever in desperate need of something that oozes chocolate, caramel, (and probably cellulite), all for under $15, you cannot go wrong with Demetre's. It's like the godfather of all things sweet and delicious. It's also a short walk from Royal York station, so you can hop on the subway and slip into that food coma even sooner.

There's rarely (if ever) a bad time for a great burger. This west end staple has been around since the 70s and has the diner-like atmosphere to prove it. Known for its cheese and grease in all the right places, Apache is probably the best burger and fries joint in Etobicoke.

Finding pizza in Toronto is as easy as finding a coffee shop. Finding great pizza is also just as easy, but in the west end, you'll run into a lot of franchises with subpar, yet familiar pizza.

Dino's makes a mean wood burning pizza AND they deliver. And while they're on the pricy side at $15 for a medium 12-inch, their Pizza Messicana is well worth it.