PSA: The '90s were three decades ago. 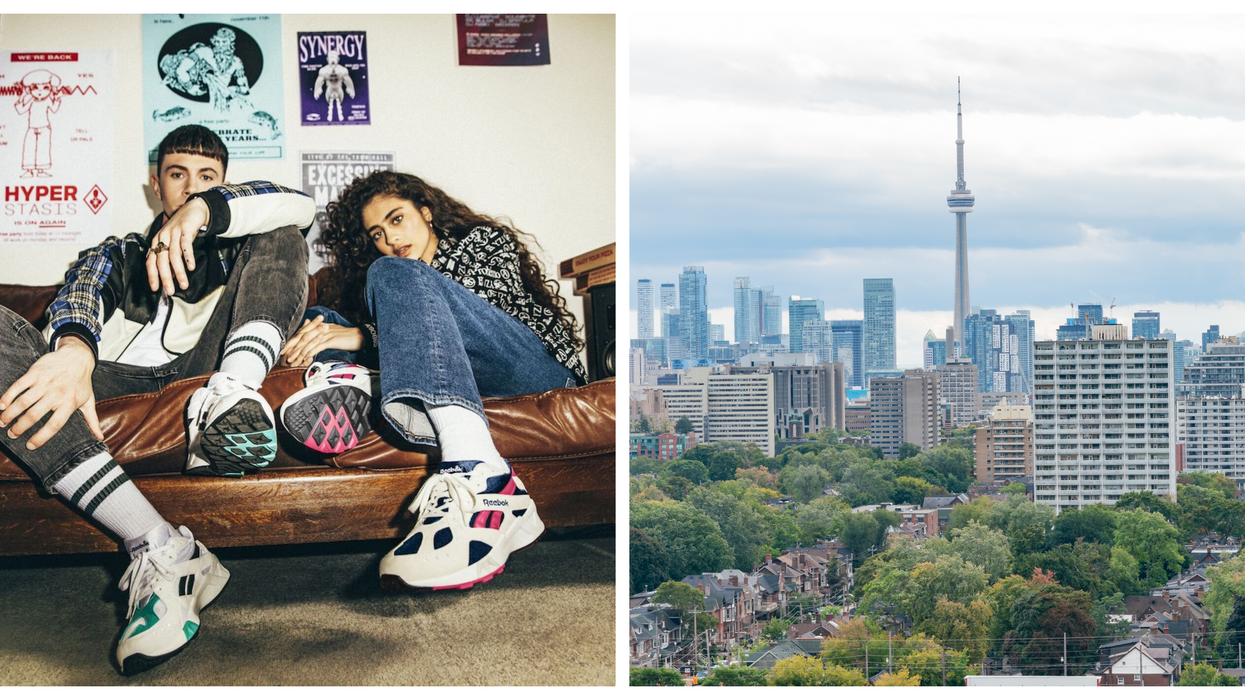 If I were to ask you what the best decade of all time was, what would be your answer? The '90s, right?

Wrong, you say? Well then, let's take a little trip down memory lane, shall we?

For many of us, the '90s seem like they were just yesterday. But as we creep towards a 30-year span from the start of the decade, it's unbelievable just how much our city, fashion, music, technology, and trends have changed. I, for one, much prefer the freedom, culture, and trends that the good 'ol Naughty 90s brought to The 6ix (or should I say, TDot, as it was known at the time).

Here are six things that made Toronto the best city to live in during the '90s.

If everyone wasn't wearing iconic '90s Canadian brand Cotton Ginny, they were rocking bandanas, small sunglasses, babydoll dresses, and grungy flannel shirts. Streetwear in Toronto got its start in the 1990s, so let's all take a minute to be thankful that these trends are still holding strong because, let's be honest, what would we do without crop tops, chokers, a pair of Reebok Aztreks, and fanny packs?

Do you remember what hip hop was like before Drake? A decade before he started dominating the charts and creating the Toronto sound we all know so well today, the city was creating one of the best hip hop and R&B scenes in the country and bringing local artists to the world's largest stages.

Huge names such as Kardinal Offishal, K'naan and K-Os were based in Toronto... but more than birthing some of the world's biggest hip hop names (not to mention their influences in the world of fashion and lifestyle in general), Toronto was also a hotbed of activity for the scene, and laid the groundwork for it to become what it is today.

While Toronto hit its stride for worldwide hip-hop during the 90s, we also quietly took over American pop culture during this time. Toronto stood in for Chicago and New York in countless movies, and our homegrown actors - like Jim Carey, Michael J. Fox, Mike Myers and Neve Campbell - took over Hollywood, becoming household names and starring in some of America's biggest blockbusters.

Classic films like Cruel Intentions and Good Will Hunting were filmed in Toronto during this time, paving the way for a whole bunch of other iconic movies to be filmed in the 6ix later on as well (like Mean Girls, fun fact!).

Blue Jays Fever Was at an All-Time High

Our beloved Toronto Blue Jays have been having a rough go lately, but in the '90s, the outlook for our homegrown heroes was totally different. When the Jays won the World Series in 1992 and 1993, our love for the team was at an all-time high. And nothing can top that.

Nightlife Was at Its Best

Toronto's nightclub scene is forever in flux, but in the 1990s, it was booming. Spaces like Bamboo, the tropical-themed centrepiece of Queen West nightlife in the '80s and '90s, and Boots, one of the best LGBT dance scenes in Toronto at the time, left a longstanding impact on Toronto's late-night revellers. Plus, Toronto's fashion at the time made it easy for you to dress up (or down) and look fresh AF doing it - donning a pair of Reebok kicks and your favourite windbreaker meant you were ready for a night on the town.

TV Shows Were So Much Better than Today

Uh Oh!, Are You Afraid of the Dark?, Bill Nye the Science Guy, Angela Anaconda, Monster by Mistake, Zoboomafoo. I could dedicate an entire article to the best '90s shows available on Toronto TV sets. Today's television entertainment doesn't even compare to those nostalgic after-school shows. Sorry, kids of the 2000s.

Luckily for us '90s babies, what's old is new again! Most of the points above (especially fashion... the Blue Jays, not so much) are experiencing a revival in Toronto.

Reebok, the ultimate in '90s footwear, is keeping the nostalgia alive with the reissue of the iconic Aztrek OG. This chunky runner was originally launched as an all-terrain showstopper in 1993, and its reinvention is the perfect mix of old and new. And, like all Reeboks, the Aztrek is meant to last; it was engineered for wear and tear from the start. You definitely can't find any other shoes like these in the 2010s.

Check out the Aztrek in Reebok's new Sport The Unexpected campaign and see what's next at Reebok.ca! And check them out on Facebook and Instagram, too!