They found love in a (not so) hopeless place. 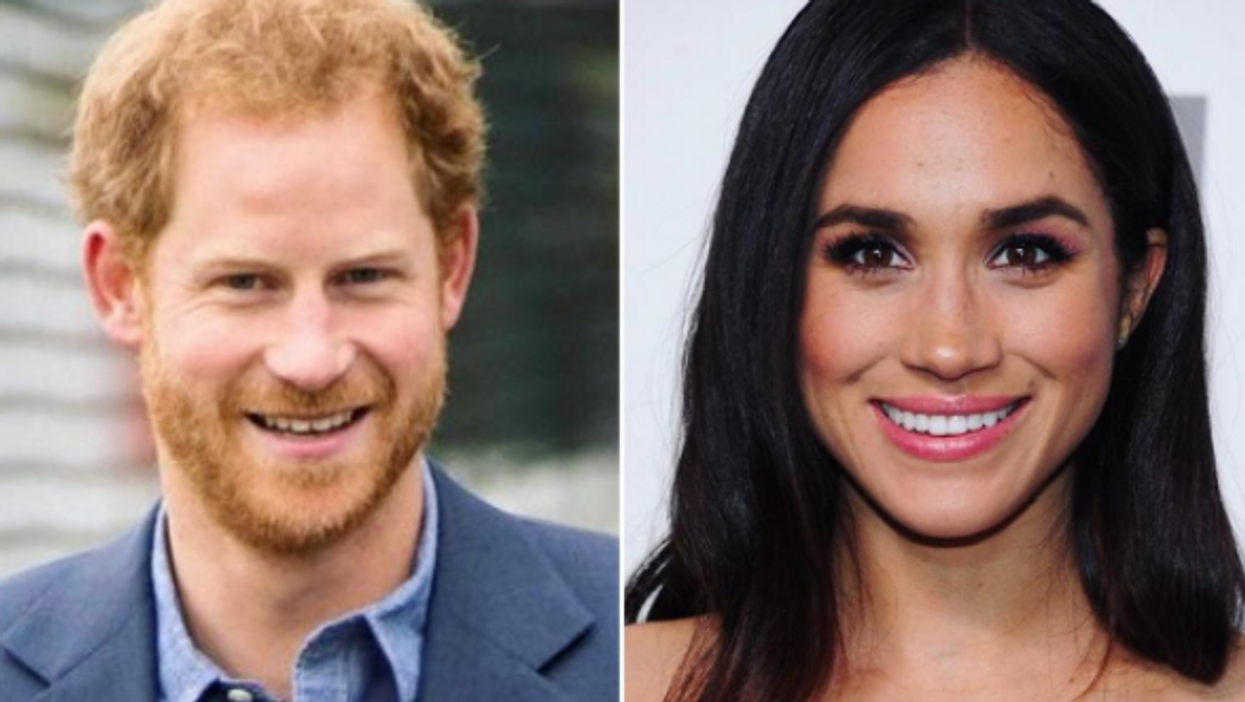 Yup yup, you've heard that right! It seems that Prince Harry didn't leave the region of the True North empty handed. It's been speculated that while visiting the city of Toronto, the most royal & eligible bachelor found love right here in the six with American actress Meghan Markle, best known for her role as Rachel Zane on the American TV show Suits.

Hearts are broken, and you can practically hear the cries of all the women out there who have had their hearts set on this royal heart throb. However, it's time to show some love and get on board with this new match made in heaven... erm, I mean Toronto.

Here are a few things you need to know about this new couple.

The two met when Harry was in Toronto in May earlier this year to launch the 2017 Invictus Games.

Although the American TV show, Suits, is set in New York City, many of the shots are filmed in Toronto. That being said, the 32 year old is believed to have met the 35 year old actress sometime during his visit.

Instagram official doesn't always mean a straight up couple selfie. Sometimes you've just got to know where to look. What made it official to many was the sudden 'following' by the actress of the Prince's private Instagram account, which is said to be @Spike Wells, at the end of June.

Reports from various media organizations say the actress and the Prince have been on several low key dates in London.

Going back to the stalker friendly app of Instagram, Markle's Instagram documents two of her many trips to the Prince's home town of London, England both 9 and 16 weeks ago. There, it's been said that the couple have been spotted on many lowkey dates doing things like yoga, and cooking together.

Although the Queen herself has yet to comment, the actress has stayed with him at the Kensington Palace where she’s also said to have met the Duke and Duchess of Cambridge. An Insider reports that "Willian and Kate really liked her and she fitted in straight away".

They also comment that "Meghan is a very confident and intelligent woman and she’s not overawed mixing with royalty.”

Clearly Instagram has a way to fishing out answers and important information like who has been sporting the Prince's blue beaded bracelet other than the Prince himself. If you scroll all the way to October 20th, you will notice on Markle's Instagram post that she was wearing the same blue beaded bracelet that the Prince was spotted wearing during his trip to Nepal in March earlier this year.

Talk about wearing your heart on your sleeves!

It's been reported that Prince Harry cancelled his trip to Toronto earlier on Monday as news of his newly blossoming relationship with Markle broke out.

Harry was schedule to fly into Toronto this weekend to visit Markle however a source from the Evening Standard say that the flight ended up being a no show. Honestly, I don't blame the guy for wanting to keep things as low key as possible.

The Prince was completely smitten and is super happy.

Sources close to the Prince happily report to say that "Harry is happier than he’s been for many years". Harry is described to have had a "spring in his step" ever since meeting the actress.

Whether you're mourning any hopes of capturing the Prince's heart or you simply don't care, let's just be kind and supportive of this newly blossoming love and be happy for the happy couple!