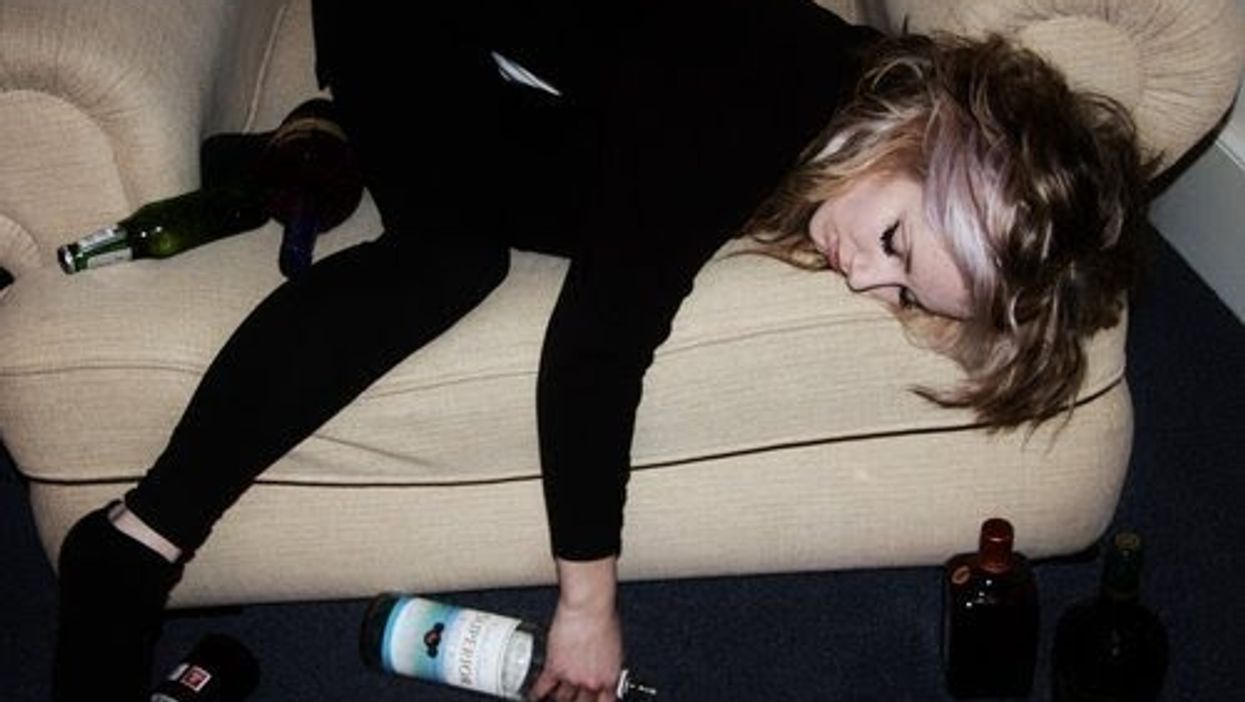 We've all been there. Maybe you just did it this morning. And that's going home hung over.

Once and a while, or every weekend, you stay up way too late consuming gallons of god knows what singing Journey with your pals over a game of beer pong. It's all fun and games until the next morning... when you feel like death.

While riding the high we all assume the next day will be fine. The morning version of ourselves hates our night time selves. Night time you is an inconsiderate jerk and now you have to deal with all sorts of crappy things getting home on little sleep and a physiological meltdown.

1. Forgetting About Your Local Street Festival

Toronto has a lot of communities. And every community has a festival.

Caribana, Taste of the Danforth, Buskerfest, The Santa Clause Parade, the Toronto Ukrainian Festival, the list goes on. That means on any given day there's some sort of cultural hooplah happening in the city. It sucks hard when you're staggering to the nearest subway station when all of the sudden your path is cut off by hundreds of early birds socializing, the smell of fresh food, and a friggin' band marching down the street blaring their disorganized set list.

Your stomach is roiling. It takes all of your mental fiber to keep the pizza, nacho, and jagermeister down. All you want to do is collapse onto that dirty red subway cushion and close your eyes.

No deal. "There will be no TTC subway service due to..." blah blah blah. You look up, terror dawning on your face, at the realization that the Toronto Transit Commission has screwed you again, and that you need to find another way home.

You wish you were riding porcelain instead. Unfortunately the subway isn't running, so you get herded onto an over-crowded bus.

It's just a minor set back, right? You'll get home soon enough. All you have to handle is a bumpy-ass ride up the road.

Without much concern for the good of others, you grab the first available seat (hopefully not knocking the elderly person over in your rush) and close your eyes in relief. You snap back to reality as your head bounces off the window to the rhythm of a bus ride from hell.

On the flip side you may have finally made it to a subway station. You're at the turnstile and you check your wallet, and it hits you like a sack of bricks.

The world swims before your eyes as you need to sit down and rethink your passage home. Cue the mission impossible music.

5. Getting Lost In The PATH

The Path. The most confounding series of tunnels snaking their way under downtown Toronto. Kind of like the catacombs of Paris, except with Godiva and Indigo.

It's easy to get confused, and more easy to get lost. Normally it's not so bad when there are a few fancy shops and interesting food stands to check out. It's not so cool after a whole night of drinking. You'll end up stumbling around like a zombie from the Walking Dead trying to find your way out into the sun. "Air...I just need fresh Toronto air..."

6. Maneuvering Through Yonge And Dundas

Arguably the busiest intersection in Toronto, there is never nothing going on in the square. It's bad enough on a normal day getting religious rhetoric yelled at you by overzealous preachers, being called to action by social justice warriors, and lets not forget the street teams trying to sign you up to a charity. Noise, bright lights, smells, and basically real life is just not helpful during a hang over. If you have to walk through this, you're S.O.L.

Unless you're one of the lucky few that go to Ryerson University, have a class in the AMC (you guys still do that, right?) and steal a nap in the back row, you're in for a rough time. Nothing is worse than waking up still drunk, grabbing your textbooks, and trudging down the street to your early morning lecture. You're stinking up the room. Everyone is sitting a few seats away, but you're too tired to care.

The worst part is when you think you're in class, and then you wake up from that terrible drunken dream and you're still on the floor of the Madison House. Now it's time to go to class.

You tell yourself that that's it. You're on the next trendy organic detox. Your stand lasts until the hangover wears off, and you get that text from your buddy asking you if you're coming out again later.