7 Reasons Why Yonge And Eg Will Impress You 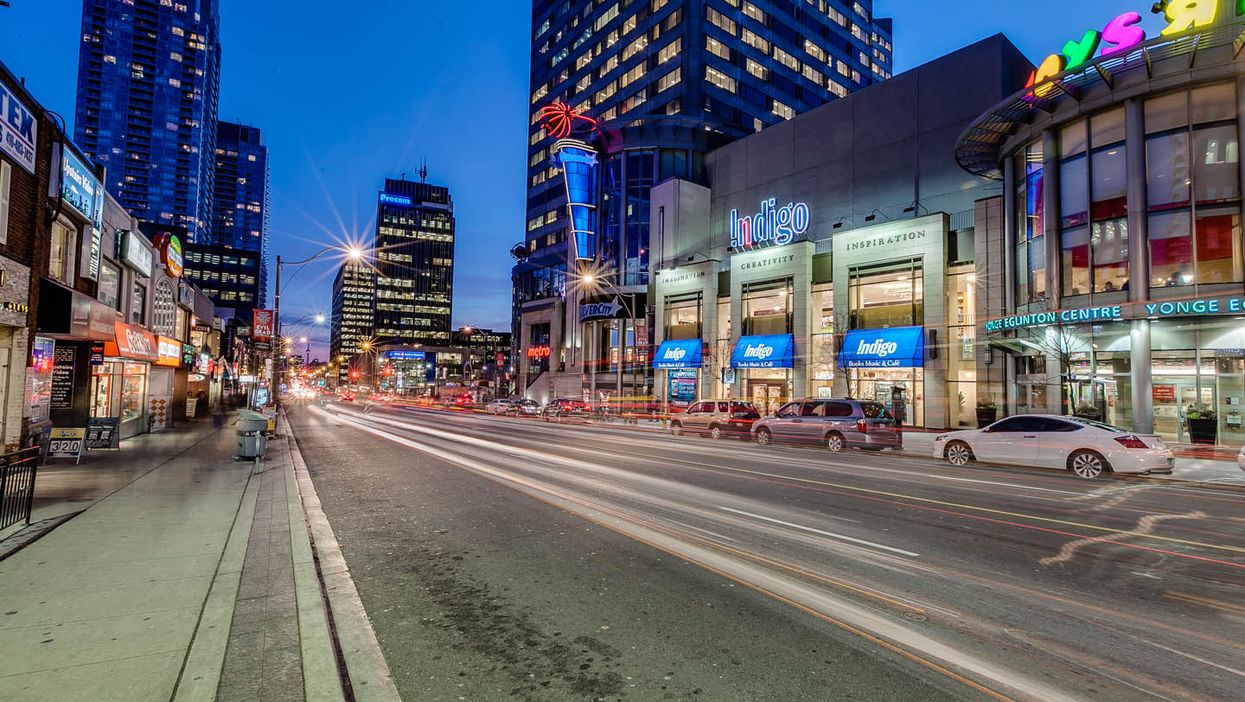 There are so many boroughs in Toronto it's almost impossible to see them all. Some are obviously more popular than the others. A lot of people can name off Bloorwest Village, Roncesvalles, Leslieville, the Junction and Annex, but what about Yonge and Eglinton?

Huh? Isn't that north or something?

Often times Yonge and Eg gets overlooked by all the stuff happening centrally. That's fine, but a word for the wise: you're missing out. And here's why.

If you're an aficionado, it's high time you hop on the subway and ride the extra 5 stops north from Bloor Street. There's coffee and tea everywhere. And we're not talking about Tim Hortons and Starbucks (which there are as well), but independent establishments hailing from France, Turkey, and the rest of the world.

You will be well fed on any budget.

The neighborhood is filled to the brim with fine dining restaurants, bistros, bars, fast food chains, food carts, and hot dog stands. Whatever your pallet feels like, odds are you'll be able to find it in abundance - as long as your wallet agrees. You may enjoy cuisines from France, Vietnam, Japan, Italy, Germany (not kidding, have brunch at the Bread and Butter), and much, much more.

Pro tip: if you relate to Joey Tribbiani and crave a meatball sandwich, The Boar is your number 1.

Everyone loves a good beer. Having an approachable staff and a friendly atmosphere is a definite plus. The Rose and Crown brings free live music 7 nights a week to its patrons for free. If you're into Gaelic Football, this needs to be your destination for the game.

Around Yonge and Eg you won't be hard pressed to find a watering hole. Around the main intersection you all ready have 6 bars to choose from. That makes the beginnings of an epic pub crawl.

The second you ascend from the bowels of the TTC, you're greeted with the bright lights of Silvercity. If you want a good laugh and enjoy stand-up, Absolute Comedy is located right across the street. If you're feeling especially mysterious, you can even participate in a dinner theatre on Mount Pleasant.

The streets are bustling with people on a Friday night going out for dinner, catching a movie, and hitting the bars. You won't be hard pressed to catch a parked Ferrari here and there. For a northern neighborhood, it still has the buzz of a night out on King Street.

When the sun decides to reveal itself, shop owners love to set up their wares outside. There's nothing nicer than grabbing a cup of coffee, or some gelato, and having a look at what's on sale. You might come home with some pretty nice jewelry at half price.

Prices vary. Some stores have great bargains and others are high end boutiques that make for excellent window shopping. You can walk from Eglinton past Lawrence and not be disappointed by the abundance of privately owned stores, restaurants, and markets lining the street.

6. It's Greener Than You Think

The most charming part is that the chaos of congestion is an illusion. Walk one block east to Mount Pleasant, and you find yourself in a whole new world. It is quite like stepping into Narnia.

Sherwood Park is a sprawling expanse of trees and grass that climbs north towards Lawrence. Locals love having picnics and letting their dogs run free unleashed. It's quite literally like being in a doggy day care. You can take your pick: bask in the sensation of still being in downtown Toronto, or breach east for a quiet and natural atmosphere.

7. You Can Get Downtown Easily

It's a straight shot on the rocket to get back to "civilization".

Bloor Street tends to be the border between downtown Toronto, and the frontier. Be that as it may, it's not that difficult maneuvering your way from Eglinton. On a good day without any delays (if such a thing is possible), it can take up to 15 minutes to get to Union Station. That's not too bad.

Now that you've read a little about this neighborhood, maybe you should plan a day for drinks, food, and some shopping. All you have to do is sit on the subway for a few more stops. That's not too bad, right?