7 Types Of Toronto Guys You Will Find On Tinder

You know them well, and that is not necessarily a good thing. 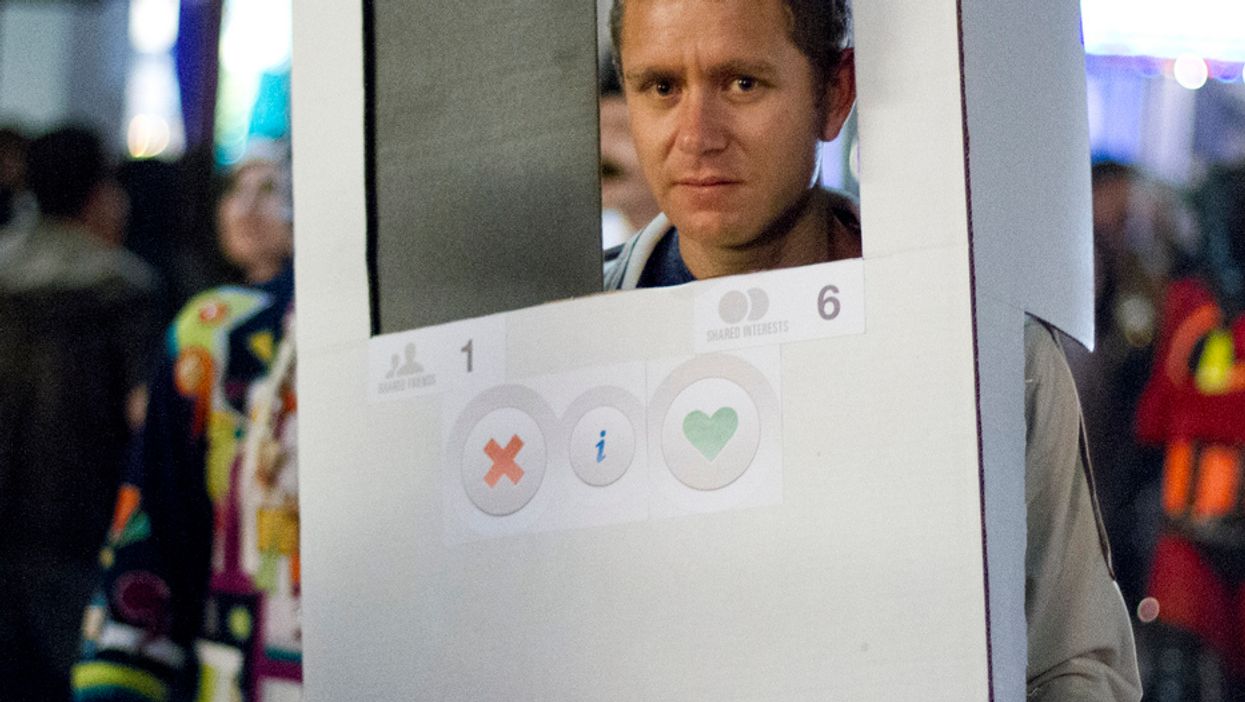 In a land of Tinderers, many are searching for their Tinderella. Through strife and swipe, they quest for their true soulmates. The Tinder scene in Toronto, in particular, is very unique, in that each Mr. Tinderella has certain characteristics, which can be categorized. This is a story of 7 Toronto guys you will find on Tinder.

1. The guy who just wants sex

Torontonians are known for being polite (for the most part, anyway – on the TTC doesn’t count), and this guy does a great job reppin’ it. Conversations often start with “Hey, how are you?” Instead of asking what your favourite drink is, he will ask what your favourite movies are. Instead of taking you to a bar, he will take you to the Distillery District for a romantic walk. He’s probably studying film or some sort of art/design program, or working as a teacher somewhere in the GTA.

3. The guy who is everywhere

Toronto is truly a small world. As soon as you match on Tinder, you start to see this guy everywhere. You will catch him walking down the street, eating at that restaurant on Queen Street, or hanging out at the bar you always go to. You will never exchange more than a “Hi, did we match on Tinder?”

4. The “recently moved to Toronto” guy

He claims to be looking for new friends – that’s what they all say. I’m onto you, mister. If this is the case, take him to various Toronto attractions and turn him into a true Toronto dude. Tinder friends are nice.

This one probably spends all his free time at Uniun Nightclub or Cabana Pool Bar. He is involved in every single aspect of Toronto nightlife and he will post it all over Instagram (not that you stalk him or anything). He’ll try to invite you out, but you’ll politely decline. I’m good, thanks.

He’s just a Toronto dude, trying to get his band pursued. This guy’s sole purpose on Tinder is to promote his underground indie rock band. He will post moments every time he has a show, inviting you (and all his other matches) to come to low-key Toronto venues.

He will start a brief conversation with you, then proceed to request that you add him on Facebook. Before you get too attached, take a look at his profile, go down to his “recent activity”, and see all the other girls he’s just become friends with on Facebook. His face looks innocent, but his actions are guilty. This one lurks in the shadows of Queen West (to pick up Toronto chicks IRL, duh).

Are you looking for more? Click here for 15 Types Of People You Will Meet On The TTC Streetcar >