Every place has its stories. 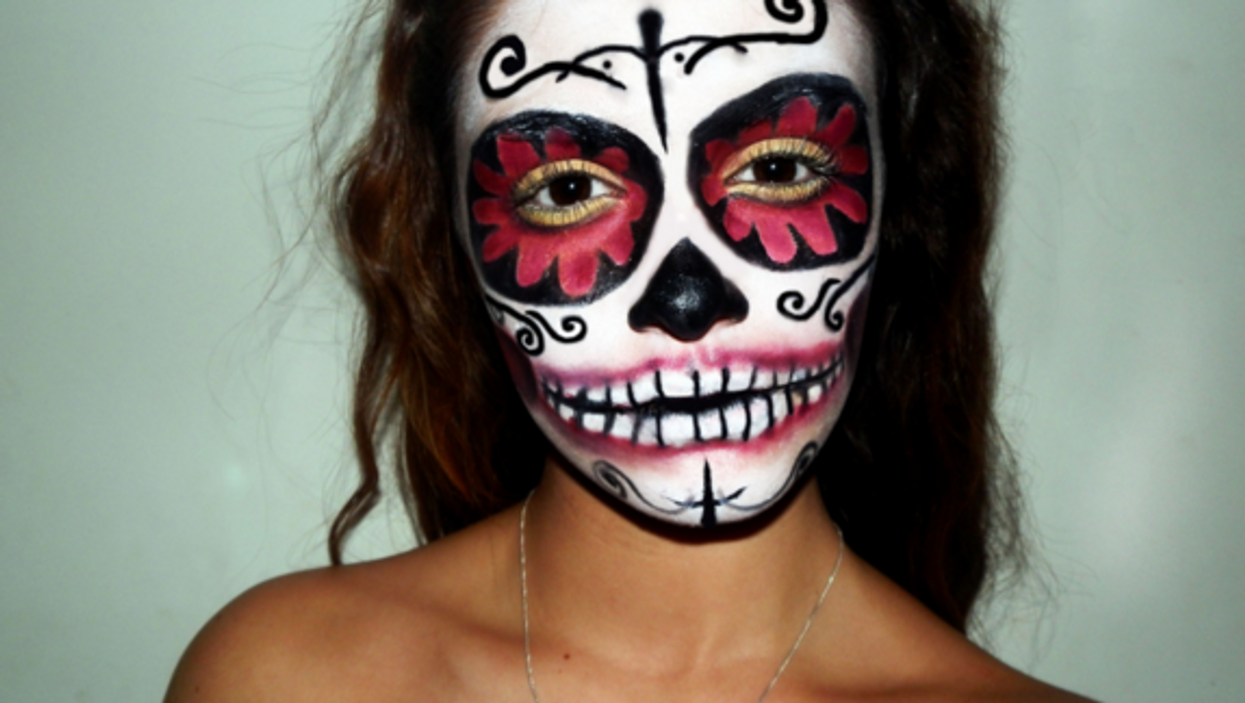 Darkness is edging closer, eating away at our precious daylight as we enter the fall season. Shadowy shapes are cast along the sidewalk while we walk to and fro, about our daily business. The air is clear and chilly. The once vibrant and green trees sink into their golden age, their leaves on the cusp of drifting away in the wind; October is a month of reaping and death.

But there is poetry to it. In a time of ending, the harvest is finished and the spring has been sprung and now it's done. There's beauty in the finality of the summer season.

Humanity has always laughed in the face of the deep unknown, and what better way is there than to cultivate scary stories that excite us in the moment only to keep 99% of us awake at night.

Toronto's got a ton of stories. Some real, some not. Regardless, we've got our own series of unfortunate, creepy, and bizarre happenings...especially at our academic institutions.

So turn the lights off, light a candle, pour yourself a stiff drink, and read on, if you dare, about the strange things at your school that you've never heard of before.

You'll never see your campus in a similar light again.

1. The Heartbroken Haunter of University College

Many students wander in and out of University College, the original academic establishment built of the University of Toronto in the mid 19th century. Some have mentioned hearing strange noises, bumps and creaks, in odd spaces of the old building. The University itself attributes the strange happenings to a deadly confrontation between two men in love over the same woman.

Ivan Reznikoff was an Eastern European stone-mason who was very much in love with his fiancee Susan, daughter of a local business owner. Little did he know that Susan was secretly seeing another worker on the side, Paul Diabolos. According to one of many versions of the tale, Diabolos carved Reznikoff's face, in mockery, into the statue of a gargoyle that can still be found today.Increasingly pissed off and the seeds of suspicion slowly blooming in his mind, Reznikoff began to keep an eye on the wily Diabolos.

Hearing rumours and needing to know if the love affair was true, Reznikoff waited with bated breath at the construction site of Croft Chapter House, and then he saw them. As the story goes, the enormous man blinded by his broken heart flung himself towards Diabolos, an axe in his grip.

Paul Diabolos, the smaller and more lithe of the two, narrowly escaped a vicious slash that lodged into the thick oaken door of the house. You can still find the mark to this day. The details become hazy, but the two engage each other on the unfinished staircase, leading to the murder of Reznikoff.

Family and friends never heard of Reznikoff again. He simply disappeared. Shortly thereafter, Diabolos and Susan made off as well, never to he heard of again.

In 1890 a fire destroyed part of the school and in the process, revealed a space where the body of a man was buried underneath the staircase. Was it Reznikoff? Nobody really knows. But ask any student at UofT, and they might tell you about the eerie sounds they hear here and there at University College.

It's an old building. Very old. In fact, before RTS was flipped into an academic building (well, full of artistic talent learning how to sing, dance, act, and manage plays), it was a morgue.

How could it not be haunted? This place has history. In 1887 RTS as we know it now was opened as Canada's first pharmaceutical college. Students allegedly practiced on bodies in a cold storage room in the basement.

In present time, many aspiring artists mention that McAllister Studio, a rehearsal space widely used late into the night, is eerie. Complaints of odd noises, cold spots where the heater is on, and whispering echoing from up the stairs, have been uttered. Talk to a stage manager, they have to hang out in the staircase for hours on end.

Are those sounds of unsettled spirits?

3. The Woman In White At Glendon College

Glendon College is one of the first schools built for the University of York. Located in Lawrence Park, Uptown Toronto, and quite far away from the Keele campus, you may have enjoyed a nice walk along the former country estates of Edward Rogers Wood.

These days, students allege that a woman in white wanders along the gardens, occasionally photo bombing pictures. She is primarily seen around the gazebo, in between walks in Bruce Bryden and Rose Garden. Some say it is the widow of Edward, Euphemia, who passed away a decade after her husband. Maybe she's trying to find him.

She isn't too far off. Wood is buried in the Mount Pleasant Cemetery several streets south.

4. UofT's Christie Manor and its Terrible Past

U of T is so old it's bound to have several stories attached. This one is pretty wild, considering it involves Mr. Christie and his beloved cookies. Well, not the cookie brand per say, but the estate has left a strange and insidious legacy.

According to the story, Mr. Robert Christie and his wife moved into his father's house after his passing. One way or another, there was a third player involved: another woman. Chillingly, he hid away his mistress in one of the many rooms of the mansion, only to keep her locked away lest somebody else caught wise to his adulterous desires. The legend tells us that his muse hung herself in her quarters.

Years passed and the manor eventually was bought by the University of Toronto and converted for academic purposes. The very same room is haunted by her ghost; some people have been surprised and locked in the study as the door violently swings shut as if bolted, until somebody on the other side turns the knob.

Who wants to do a study session?

5. The Undead Ragers Of Queens University

Located at Queens University in Kingston, the Grad Club plays host to lots of students and professors. Heavy studying, stress, and self discipline merits a good beer at the end of the semester. Or each evening; it depends on your system. But after all is said and done, the bar is closed and lights go off, somewhere in this odd and very bushy establishment, the party continues.

According to the Queen's Journal, staff on the closing shifts have heard the sounds partying upstairs. Weird. Somebody went to check and what a surprise, the room was empty. Watch out for the 3rd floor. A ghost might want to bum a cigarette off of you.

Ambrose Small disappeared in 1919. After having depositing a million dollars in a bank account in the six, eating lunch with his wife, he simply vanished. We at Narcity are betting he's currently having lunch with Elvis and Marylin Monroe somewhere in Paris.

But here's the kicker: various students and professors have heard or seen strange things in the Grand Theatre. When you're alone by yourself in such a big, open space prone to melodrama, you can't help but feel somebody's watching you. That creepy cold feeling crawls up the base of your spine and before you know it youre on your way to the hallway for a soda. Unless the technical director in the booth turns the lights off on you, because that's what they do for kicks.

Just try not to look too closely at the balcony to the left of the stage. He tends to appear there.

All the way in Halifax, there's some questionable stuff going on. According to Steve Vernon, a wordsmith and spinner of tales on the East Coast, the ghost of a long deceased janitor lingers in the chapel. As if he has some sort of duty to accomplish that transcends space and time, he can allegedly be found in the pit cleaning up invisible stains. He doesn't seem to mean, though, just focused on getting the job done before the next service.

Don't believe us? Have a look yourself.