7 Ways Every Toronto Girl Can Survive A One-Night Stand 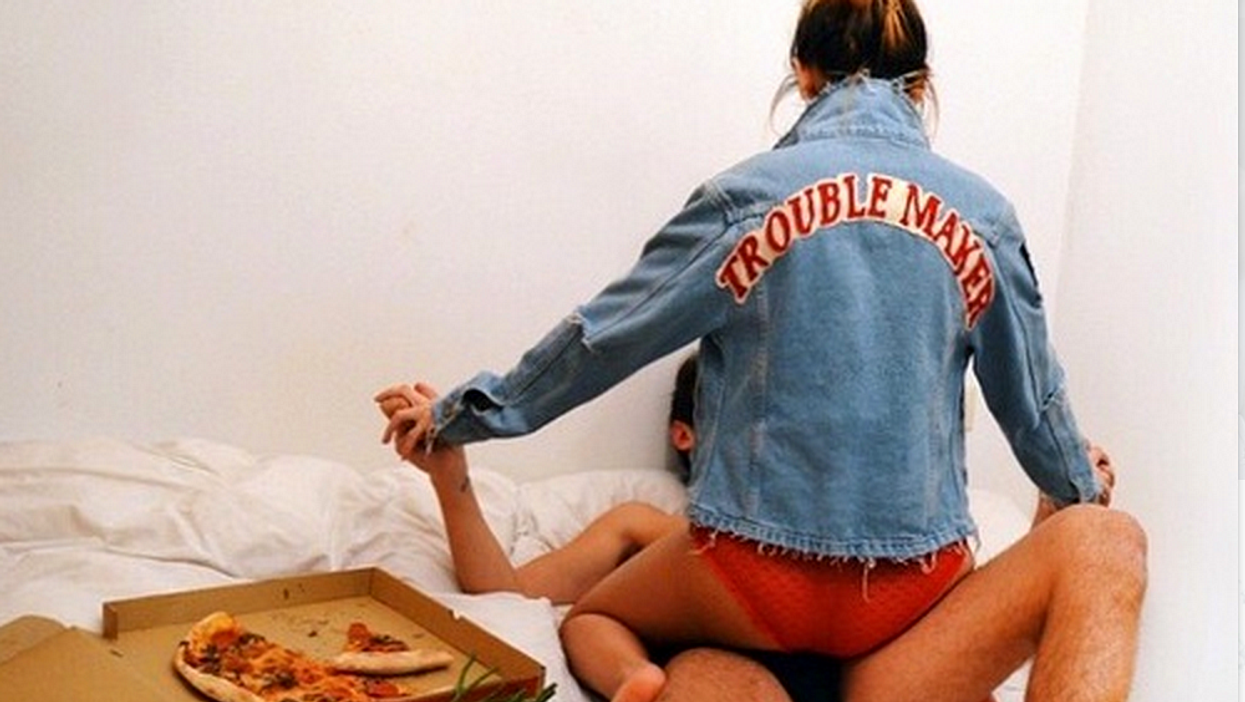 So, you’re at Citizen/EFS/Wildflower and you’re wheeling a hottie. (Or you’re on Tinder and things are getting steamy with a match – you do you, boo).

You’re both a little drunk but you’re feeling each other, maybe you’ve made out a few times already. One of you suggests going home together and you’re both into it. It’s pretty obvious: to quote R Kelly’s metaphorical brilliance: someone’s key is going into someone’s ignition.

This, ladies and gentleman, is a situation most often known as a ‘one-night stand’ – aka the opportunity to have (potentially) really good, really freaky no-strings attached sex with zero emotional complications. If you do it properly, that is.

So, how do you “survive” a one night stand, you ask? Look no further:

Another obvious one: use protection. You presumably don’t know this person and don’t know where they’ve been. Wrap it up or suffer the consequences (gonorrhea, warts, a child) later. If the condom breaks, go to the nearest Shoppers (don't be lazy - they’re everywhere in Toronto!) to grab Plan B and go get tested.

Don’t say things you don’t mean (“I’d love to go to a Jays game with you!” Or “ya, that feels really good”). Just live in the moment and enjoy what’s happening. Neither of you have the obligation to get to know the other (sorry, but it’s true) or to get deep into the emotional business.

Think about it: you’ll (probably) never have to see them again. Say something really dirty in bed that you’ve always thought about but never had the guts to actually say out loud. Try a new position. Whatever. If it doesn’t go well then, like I said, you’ll never have to see them again. And if it does go well, then you’ve discovered something new that you like. Win-win.

5. Be Prepared to Leave

Don’t expect them to get Caesars with you at Hunter’s Landing the next morning. Again – this is a one-night stand. No one owes anyone anything other than respect and a good (okay, maybe just decent) lay. Leave early in the morning if you decide to stay over. If you don’t want to stay over, just say so. You’ll both probably get a way better sleep in your own bed, alone, than awkwardly bumping into the stranger next to you all night. Don’t allow your self-esteem to be hurt if your partner wants to leave after the deed is done – just look at it as an opportunity to get a good rest and cuddle with Netflix in the morning.

6. Don’t expect to ever talk to them again.

This is a HUGE mistake many people make post-one night stand. Perhaps you’ve exchanged numbers to be polite or as a formality. That’s cool. But do not expect them to text you. Don’t expect a Facebook add or a follow on insta. Just accept that you had a fun night together and that that’s it. If you see them out (Toronto is actually a lot smaller than you think! You may run into them!) be polite and cordial and then excuse yourself.

7. Don’t feel guilty or slut-shame yourself.

One night stands can be fun if you go about them in the right way. Just have fun and enjoy the ride – literally.